One such assignment is the Soil Health Demonstration Trial (SHDT), in which USDA will pay farmers incentives to adopt and experiment with crop and soil management practices that build up SOC while also establishing participants’ soil carbon baseline and record their success in raising those levels. The trial is a principal piece of the “on-farm conservation innovation trials and related research reporting” mandated by the legislation along with $25 million to conduct such trials.

With the SHDT, USDA is asked to “establish protocols for measuring carbon levels in the soil and testing carbon levels” in the land farmers have enrolled in the trial, and to report back on the resulting “changes in soil health and, if feasible, economic outcomes, generated as a result” of the trial. This section for on-farm innovation trials envisions a diversity of geographic regions ... taking into account factors such as soil type, cropping history, and water availability."

Eventually, the data collected could help USDA establish standards and protocols that can be used in marketing carbon reduction and other environmental benefits, says Lara Bryant, deputy director of water and agriculture for the Natural Resources Defense Council.

“There’s an appetite to create a value stream for these farmers, placing a value on ecosystem services the farmers are providing. You’re seeing the private sector step up with the Ecosystem Services Market Consortium, and you have coalitions like ours … getting something in the farm bill, (and) we see some leadership from USDA as well. It’s all just a reflection of what people want,” she says.

“We definitely are encouraging USDA … to use all of the data we have available, from all the sources,” says Bryant. The trial should provide for “standardizing and collecting all that information and putting it together in a way that’s accessible — where we’re getting baseline data and using it to inform the different models” for estimating and scoring changes in soil carbon, she says.

Soil health itself has a burgeoning crowd of disciples beyond conservation-minded farmers and environmentalists. Several leading food and farm commodity companies, for example, recently launched the Ecosystem Services Market Consortium to provide a voluntary soil carbon market to reward producers adopting conservation practices such as no-till farming and planting cover crops to increase soil carbon. The Soil Health Institute also recently released its report on how human health itself depends on soil health.

In fact, a consortium of agribusiness and environmental advocates drafted the provision and persuaded Sen. Ron Wyden (D-Ore.) to add it to the farm bill. Now, they’re now pressing USDA for timely execution.

One of the consortium, Nicole Lederer, chairman of California-based Environmental Entrepreneurs, says by “building strong metrics for establishing and measuring increases in soil carbon,” farmers can “show that a service has been rendered” and “sell their carbon performance as a real ag product.”

Similarly, in its requests to USDA on implementing the farm bill, the Sustainable Food Policy Alliance — created by food giants Mars, Danone, Nestle and Unilever — put a premium on “improved soil health management in a manner that is simple and more applicable to leverage corporate resources and scale our efforts with our farming partners for soil health improvement … we have a strong interest in knowing that our farming partners, through improved soil health, for example, are increasing both environmental and economic impacts.” 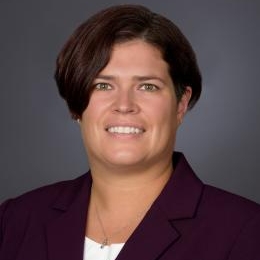 The Fertilizer Institute, meanwhile, may be best known for its members’ marketing urea and anhydrous ammonia. But TFI Agronomy Director Sally Flis welcomes the work to be done by SHDT and the farm bill’s conservation innovation projects.

TFI’s approach to crop amendments, called 4R, “is all about selecting the right source of fertilizer and the right rate and the right time and right place,” she says. “We’re interested in how do these practices work together” as well as “how do 4R practices improve soil health? So if you’re managing for soil health, and that’s your primary goal — increasing soil carbon — how do you need to change your nutrient management practices to achieve that goal?” She notes that best soil management practices and materials will change when soil carbon increases. 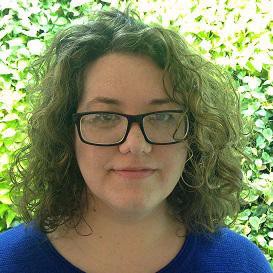 NRCS is working on this new farm bill trial program, but does not yet have a target date for fiscal year 2019 implementation.

“As part of implementing the 2018 Farm Bill,” says agency spokesman Justin Fritscher, “NRCS is developing guidance so that participating entities and producers collect soil health data using consistent methodologies and assessments, making the data more useful to NRCS and stakeholders … (although) we are still early in implementing the farm bill.”

Of course, Bryant points out, USDA is hardly starting from zero in measuring sequestered soil carbon and emissions of greenhouse gases on the farm. It developed one tool to do that, called COMET-Farm, with Colorado State University, for example, and, in fact, announced an updated, more user-friendly version in January.

NRCS also continues to build on its Rapid Carbon Assessment, a system initiated in 2010 to measure and inventory the amounts and distribution of the country’s soil carbon stocks and to set up models to estimate changes in the carbon levels owing to land use change, farm management, conservation practices, and climate change.