EAT-Lancet authors push back against critics

Authors of the EAT-Lancet report recommending a “radical transformation” of the human diet to solve climate change have been defending their report from criticism that its recommendations may be impossible to implement and potential benefits oversold.

Two of the scientists on the EAT-Lancet Commission — lead author of the report Walter Willett, a professor of epidemiology and nutrition at Harvard T.H. Chan School of Public Health, and Fabrice DeClerck, EAT’s science director — said the environmental benefits flow naturally from the health benefits of the diet.

“The science behind the diet is health-based, but if we can get people to eat what’s good for you, then it’s good for the planet,” DeClerck told Agri-Pulse.

Critics claim the EAT-Lancet Commission has, in discussing the diet at events around the world, been overselling it, as in the press release announcing its release, which said, “Diet and food production must radically change to improve health and avoid potentially catastrophic damage to the planet.”

One of the most vocal critics has been Frank Mitloehner, a UC Davis animal science professor who specializes in air quality, specifically emissions from the livestock sector.

In a Jan. 30 email to Mitloehner, DeClerck said “the meat consumption limits proposed by the (EAT-Lancet) Commission were not set due to environmental considerations, but were solely in light of health recommendations. The dietary guidelines only refer to healthy eating.”

Mitloehner, who is active on social media, told DeClerck on Twitter, “I find this admission incredible,” but DeClerck responded, “We're clear in the methods that (the) diet was set (for) health only.” 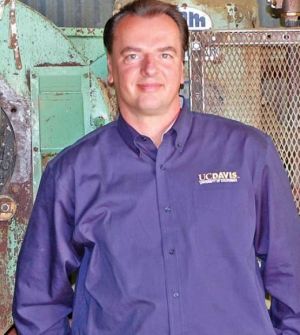 But Mitloehner said in an interview that DeClerck’s statement “changed the entire narrative” of the EAT-Lancet report, which the commission has billed as the “global planetary health diet.”

Willett, in an emailed response to questions submitted by Agri-Pulse, said the diet had not been “oversold” as one to improve environmental health. “Compared to projections to 2050 assuming current diets, adoption of the EAT-Lancet targets could cut greenhouse emissions by about half,” he said.

“Human diets inextricably link health and environmental sustainability, and have the potential to nurture both,” the commission said in its press release announcing the report, which was published in The Lancet, a British medical journal. “However, current diets are pushing the Earth beyond its planetary boundaries, while causing ill health. This puts both people and the planet at risk.”

DeClerck concedes the commission “didn’t do ourselves any favors by publishing a daily meat requirement,” noting people “latched onto” the report’s recommendation of 7 grams of red meat (beef or lamb) per day, which the media quickly translated into a hamburger a week, or one serving of red meat.

“That makes for some pretty sensational headlines,” DeClerck said.

The report says “staying within the boundary for climate change can be achieved by consuming plant-based diets,” but DeClerck said the commission “does not recommend a vegan or vegetarian diet at all” and says there is “a critical role for livestock in sustainable management practices.”

Another criticism of the report is that it condescends to people living in the developing countries who might not have as much choice about where to get their protein as people in the developed world.

DeClerck, who has worked with livestock producers in Mesoamerica, a region that stretches from central Mexico to northern Costa Rica, said he is aware of the perception, but says the report is not trying to say that everyone has to adopt a largely plant-based diet,

“It’s not a question of no livestock,” he said. The report itself says “because many regions, such as sub-Saharan Africa, still face severe burdens of undernutrition and malnutrition, and growing children often do not obtain adequate quantities of nutrients from plant source foods alone, the role of animal source foods should be examined carefully. Achieving healthy diets from sustainable food systems for everyone on the planet is possible; however, to accomplish this goal, local and regional realities need to be carefully considered.”

The diet’s call to double consumption of fruits, vegetables and nuts has raised a question of where all the nuts will come from. California, for example, has already increased almond production from about 1 billion pounds in 2003-04 to 2.1 billion pounds in 2016-17, and Mitloehner says Americans aren’t going to get enough nuts from other major world producers.

Asked whether it’s feasible to produce all the nuts needed to transform people’s diets, Willett said it could be done “easily, as this includes both tree nuts and peanuts.” Mitloehner, however, said “many people can’t eat peanuts” because they are allergic to them. A piece written by two Canadian Ph.D. students estimates a 540 percent increase in current nut production would be necessary to meet the EAT-Lancet targets.

The report was also criticized for its authors' approach to predetermined biases. Nina Teicholz, head of the Nutrition Coalition and author of the 2014 book, The Big Fat Surprise: Why Butter, Meat & Cheese Belong in a Healthy Diet, said most of the authors had already published studies favoring “vegetarian/vegan or anti-meat diets.”

In response, Willett said “it would not be surprising that experts knowledgeable about the environmental or health aspects of diet might favor more plant-based diets because that is what the evidence shows.”

As for his own eating habits and those of his fellow authors, Willett said, “I am an omnivore but eat only limited amounts of red meat,” and added, “This is not really relevant to the report: the data are the data.”