Ag industry fights back against effort to rid oats of glyphosate

An effort by the Environmental Working Group seeks to eliminate the use of glyphosate in oat production, but farm and food industry groups are defending growers’ use of the herbicide and accusing EWG of trying to scare consumers away from oat products without justification.

EWG and 20 food and retail companies — Stonyfield Farm, Clif Bar, and Ben & Jerry’s, to name a few — have petitioned the Environmental Protection Agency to lower the threshold of glyphosate allowed in oat products to 0.1 parts per million, instead of the current level of 30 ppm. Most of the companies make or sell organic products.

EWG is targeting General Mills, six of whose Cheerios products had glyphosate residues between 147 and 833 parts per billion, according to recent testing paid for by the group. Those levels are equivalent to .147 parts per million and .833 ppm, well below the Environmental Protection Agency’s legal limit of 30 ppm for glyphosate in oats.

To put the dosage in perspective, one part per million of an impurity in water represents seven drops of ink in a 60-gallon tub of water, or from another perspective, one second over 11 and a half days.

EWG and its fellow petitioners say the change would ensure U.S. oat farmers weren’t using glyphosate as a desiccant, or drying agent, something opponents say is not an issue in the first place because it’s not labeled for such use. U.S. farmers raised less than 870,000 acres of oats last year — a relatively small portion of the world’s production — but EWG’s request would also apply to imported oats.

Most oats used in the U.S. are now grown in Canada, whose production is expected to increase from 3.45 million metric tons during the 2018-2019 marketing year to 3.9 million metric tons for 2019-20, according to USDA's Foreign Agricultural Service. Canada is the world’s largest exporter of oats.

The herbicide can be used to control and dry down weeds, said Shawna Mathieson, executive director of the Prairie Oats Growers Association, which represents oat producers in Alberta, Saskatchewan and Manitoba. Without it, growers have to “swath” the oats — leaving them in the field after cutting in order to dry. That process can take 7-10 days, and depends on dry weather, Mathieson said, so eliminating glyphosate from the equation would mean growers who cannot count on dry weather would have to “drastically reduce” the amount of oats they grow.

“It wouldn’t be possible to meet current demand without using crop inputs like this,” Mathieson said.

Pipeline Foods founder and vice president Jason Charles has a different view. His company, based in Minneapolis, is “a global supplier of high quality, traceable organic and non-GMO food and feed grains and ingredients for the [consumer packaged good] and livestock sectors,” according to its website.

Charles says glyphosate is being used less and less as a drying agent. “This is significantly on the decline,” he said. “In short order it will be a non-issue.”

Farm and industry groups are pushing back against the petition. 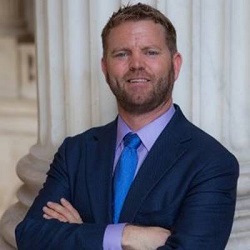 “EWG, like other combative activist groups, latches on to issues like this to scare consumers and raise money — despite the fact that these products are approved by EPA, FDA, USDA and a host of global regulatory organizations,” says Chandler Goule, CEO of the National Association of Wheat Growers (NAWG). “There is no solid science backing any of their findings.”

NAWG submitted comments to EPA even though NAWG President and Lavon, Texas, farmer Ben Scholz said “its mission does not include representing oat producers.” He said NAWG thought it important to comment because the petition raises issues affecting EPA’s review of pesticides in general.

EWG says its recommended limit for glyphosate in oats is based on “No Significant Risk Level” of 1.1 milligrams per day for an average adult set by the California Office of Environmental Health Hazard Assessment, according to Olga Naidenko, EWG vice president of science investigations.

“The California level is based on a lifetime cancer risk of one in 100,000 for an average adult,” Naidenko said in an email to Agri-Pulse. “However, for many cancer-causing drinking water contaminants, OEHHA’s lifetime risk factor is set at one in 1 million (a difference of a factor of 10).”

“Since children have an increased susceptibility to cancer-causing substances, it is standard scientific practice to include a 10-fold margin of safety when setting recommended health limits (as supported by the federal Food Quality Protection Act),” Naidenko added. “So the margin of safety that we refer to with our recommended limit for glyphosate in oats is a lower limit that will specifically protect children, the most vulnerable people exposed.”

EWG also says it’s not trying to discourage the consumption of oats. Naidenko said, “We’ve been very clear in all of our reports that, regardless of glyphosate content, oats and oat-based products remain a healthy choice for families,” Nevertheless EWG also encourages consumers to buy more expensive organic oats, as do most of the companies signing the petition.

The comment period on the petition ended last week, and the fight over tolerance levels in oats, and glyphosate in general, continues to heat up.

The weedkiller’s carcinogenicity has been a focus of activist groups like EWG since the International Agency for Research on Cancer (IARC) designated glyphosate a probable human carcinogen in 2015 — a conclusion hotly disputed by Bayer, other registrants and most agricultural groups, which contend there is ample science to support findings that the product is not carcinogenic. Coffee was also in the 1991 IARC list as a possible carcinogen until the agency finally changed its listing to “non-classifiable.”

“There is nothing new in this report,” General Mills spokesman Mike Siemienas said, pointing to a World Health Organization report showing glyphosate is unlikely to pose a carcinogenic risk to humans from exposure through the diet."

In a statement, General Mills said its “top priority is food safety and has been for over 150 years. Most crops grown in fields use some form of pesticides, and trace amounts are found in the majority of food we all eat,” General Mills said. “Experts at the FDA and EPA determine the safe levels for food products. We continue to work closely with farmers, our suppliers and conservation organizations to minimize the use of pesticides on the ingredients we use in our foods.”

Quaker Oats responded to the same questions with its own statement, saying all of its products “are safe and in compliance with the applicable standards” set by FDA, EPA, California’s Office of Environmental Health Hazard Assessment, Health Canada and the European Commission.

“Quaker has a world-class team of experts in food safety, quality, research, science and nutrition who are constantly assessing the food landscape to ensure we maintain the safety and trust consumers have come to expect from the Quaker brand for more than 140 years,” the company said.

The North American Millers’ Association said in its comments on the petition that “EPA has found that glyphosate does not exceed the level of concern for children 1-2 years old, the most highly exposed population subgroup to glyphosate.”

Glyphosate registrants also urged EPA to reject the petition. The Joint Glyphosate Task Force, a group of more than 20 companies that hold glyphosate registrations in the U.S. and/or Canada, asserted glyphosate has “low toxicity to humans and non-plant wildlife, over both short- and long- term exposures. It is not a reproductive toxicant, nor an endocrine disruptor. There is no evidence of neurotoxicity or immunotoxicity.”

The JGTF agrees with EPA, which reiterated EPA’s conclusion that glyphosate is “not likely to be carcinogenic to humans,” in a proposed interim registration decision. “The EPA thoroughly assessed risks to humans from exposure to glyphosate from all uses and all routes of exposure and did not identify any risks of concern,” the task force said.

CropLife America, which represents the crop protection industry, also weighed in, stating in comments that EWG had failed “to justify a departure from EPA’s well-established existing standards and the standards of virtually every regulatory body around the world.”