After years of negotiations, the seven states along the Colorado River agreed to voluntary cutbacks in water allocations last month. The goal is to replenish two key storage reservoirs that have been severely depleted as a 16-year drought has deepened throughout the Colorado River basins.

The Drought Contingency Plan (DCP) finally came together when an urban water district in California overruled the objections of the lone holdout, a highly productive agricultural region and the river’s largest water user. For California farmers, this may be a lesson in what to expect from further water negotiations over the coming decades.

According to Nevada representatives and other parties in the agreement, the Imperial Irrigation District (IIP) held the agreement hostage over a comparatively insignificant amount of money to clean up a neglected and irrelevant lake.

“The only real connection that exists between the DCP and the Salton Sea is in IID's demand for money,” said John Entsminger, head of the Southern Nevada Water Authority, in his testimony before Congress.

Fueling the contention is a century of water deals between cities and agriculture, interwoven with regional, state and federal agencies and some of the largest water infrastructure projects in history. The Imperial Valley vegetable growers at the center of the controversy, meanwhile, are facing uncertainty over the next regulatory benchmarks to come, as changes in climate inspire deeper responses from federal and state agencies.

The Drought Contingency Plan is just the latest fight

“We want to participate but we don’t want to be abused,” said Kay Pricola, executive director for the Imperial Valley Vegetable Growers Association.

Minutes earlier, Pricola sat in a Congressional hearing for the DCP in which Rep. Tom McClintock called the Sultan Sea an “accident that occurred in 1905” and asked: “Why are we still obsessing on it? …. In the grand scheme of things, I still don’t understand its importance.” 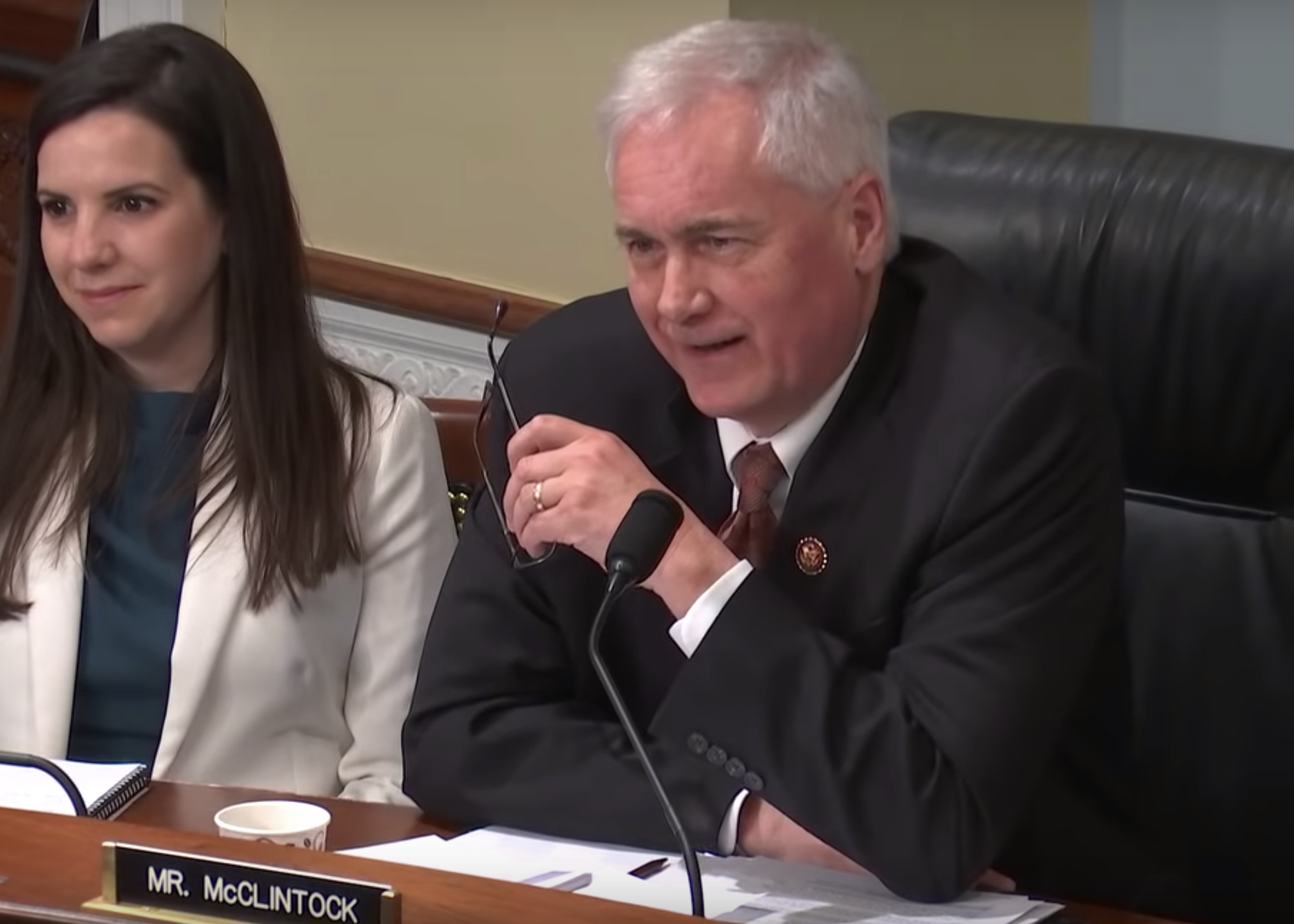 Rep. Tom McClintock at a committee hearing on the DCP.

Pricola said she was offended by this dismissal of the years of hard work farmers had put into conserving water for both the Sultan Sea and for neighboring water districts.

“We have been good citizens to the river,” she said, referring to the Quantification Settlement Agreement (QSA) of 1988.

IID had signed onto the QSA under conditions similar to those of the DCP today. California was overusing its share of Colorado River water when other states were not using their full allocations. As those states began taking their shares, the federal government stepped in and required California to cut back. This led to an unprecedented union between two powerful water rights holders: Los Angeles represented the urban system and the Imperial Valley represented an integrated irrigation system across several counties. These farmers had the most senior rights across the entire river.

Since the agreement went into effect in 2003, IID has conserved about 5 million acre-feet of water. Ramping up to full implementation in 2026 will lead to nearly 500,000 acre-feet saved per year, or about 15 percent of the district’s entitlement from the Colorado River. On top of that, IID initially offered to conserve an extra 250,000 acre-feet per year for the Drought Contingency Plan. By comparison, the DCP aims to conserve less than 2 million acre-feet in total by 2026.

Farmers have already adapted by growing vegetables that use comparatively less water than other crops. But to restore soil nutrients they typically rotate with alfalfa, a high water-use crop.

The water efficiencies inspired by the QSA, however, led to the Salton Sea starting to dry up, since it was fed by the valley’s agricultural runoff. IID then incorporated San Diego into the QSA along with a fallowing program. This delivered more water to both the coastal city and to the Sultan Sea, buying time for the state to come up with a fix. That part of the agreement finished in 2017, when the sea again began drying up. Now the fish have been dying, nearly no birds stopped over during the recent winter migration and asthma rates are rising in the local community due to the toxic dust.

The State Water Resources Control Board, locked into high-profile battles to the north, did commit a portion of funding for the cleanup. The federal government added more and last year’s Proposition 3 water bond would have supplied $200 million—if it had actually gained the vote.

“When we entered into the QSA, we were told this would be peace on the river for 75 years,” said Kay. “Twelve years later, we’re being asked to give again.” 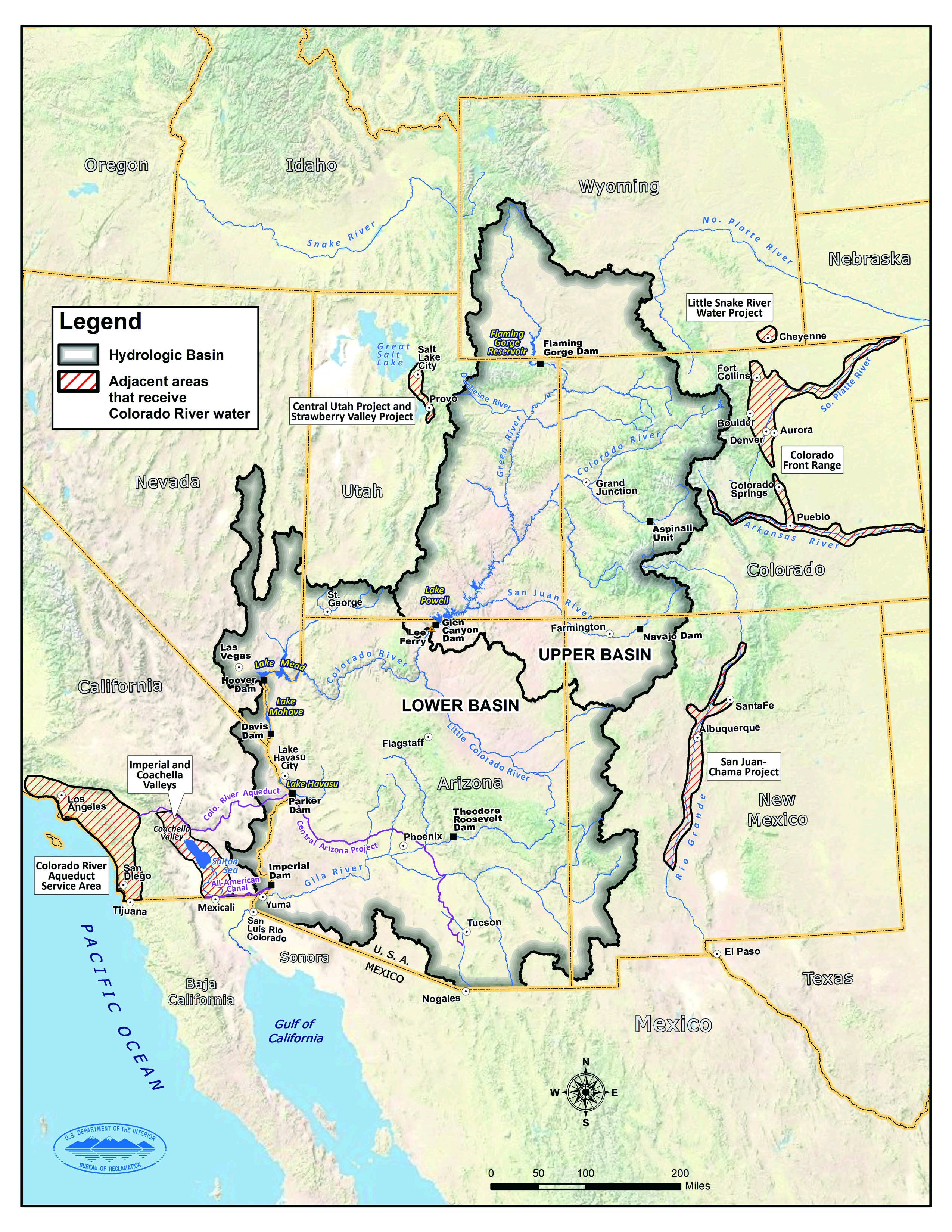 The long drought throughout the Colorado River basins, meanwhile, pulled the states together to come up with a strategy that would determine a more flexible management system. That also included an international agreement guaranteeing water for Mexico. While California has senior rights in the lower Colorado River basin, a more stringent plan was needed to ensure Lake Mead did not drop to “deadpool” level, below the intake turbines that deliver water to California and the other stakeholders downstream.

The uncertain future of water trading in the West

It took the states six years to put the DCP in front of a Congressional committee for hearings last week. That plan, however, only lasts to 2026. According to climate models, the southwest will continue to dry up, with precipitation patterns growing more erratic. A wet winter this year made the decision a little easier for the Metropolitan Water District of Southern California to volunteer to cover IID’s share of water conservation and move the DCP forward.

Among all the stakeholders, uncertainty remains to how the farmers of the Imperial Valley would afford more cuts to water supplies. Now that the DCP is in place, these farmers, the most senior water rights holders, will certainly be holding their ground as new fronts in the water war opens up among urban water districts and now seven western states.

This time the concerns of the Imperial Valley water rights holders will play a much larger role in the trading, according to Ellen Hanak, director of the Water Policy Center at the Public Policy Institute of California.

“Negotiating about ramp-downs,” she said, “involves a lot of interest on the part of the urbans.”