Producers from Florida to California hope a new 2018 farm bill pilot program will help reduce feral swine populations, which have caused billions in damage to farm and ranch land across at least 35 states.

The 2018 farm bill provided $75 million to USDA's Animal Plant Health and Inspection Service and the Natural Resources Conservation Service to fund a pilot program to control feral swine - the first time the farm bill has funded such a program. The 2014 farm bill called on USDA to recognize the problem of feral swine as a high priority, but didn’t allocate funding.

Separate from the farm bill, Congress appropriated $20 million for the National Feral Swine Damage Management Program in the 2014 budget. Since the program’s launch in August of that year, funding from Congress has increased and is now at $30.5 million for fiscal 2019.

The overall goal of the FSDM program is to work with all levels of government to minimize damage of feral swine and control the problem.

Around $37.5 million of the money from the 2018 farm bill will go to NRCS to fund on-farm trapping and other technology. APHIS will use the other 50 percent to continue testing population reduction methods already established.

“It’s just another pest we have to manage,” said Jimmy Dodson, who grows cotton and sorghum near Corpus Christi, Texas. “In some cases, it’s the number one pest for sorghum and corn.”

The voracious foragers continue to run rampant across Texas and at least 34 other states. Over six million feral hogs roam the U.S., mostly in the southern part of the country. Texas alone has 1.5 million wild hogs. Northward movement of feral swine has doubled from 4 miles to 8 miles per year from 1982 to 2012, according to a 2017 study.

Feral swine destroy anything in their path such as cropland, roads, fencing and even wildlife.

There are all kinds of animals living in the same environment, “cattle, deer, quail, you name it, they're out there,” Dodson said.

The invasive species are not native to America. Settlers brought feral swine over as a food source in the 1500s and Europeans brought them in the 1900s for sport hunting.

The hogs are a cross of domestic pigs and Eurasian wild boars. Today, they bear a resemblance to domestic hogs but appear to be skinnier, sporting coarser hair and longer tusks. Wild hogs can weigh anywhere from 75 to 250 pounds or larger.

On his farm, Dodson said it is common to trap or shoot over 200 pigs of all sizes during the trapping season, which he said peaks between April and July. 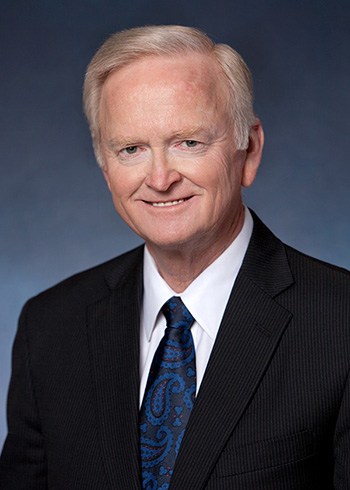 “Before we got aggressive on trapping, it was not unusual to lose 20 or 30 acres of sorghum or corn every year,” said Dodson, who is chairman of the Farm Credit Council and a former chairman of the National Cotton Council.

A few years ago, some producers even stopped planting peanuts and corn because the feral hog population got so bad, he said.

Feral swine cause more than $190 million in damages to row crops each year, according to APHIS. In the U.S., feral swine cost an estimated “$2 billion in damages per year,” APHIS Administrator Kevin Shea said during an April 5 farm bill listening session.

Wild hogs also have caused problems for domestic pig production too. “When they are in close proximity with domestic production, they are almost impossible to control,” former APHIS Administrator and National Pork Producers Council consultant Bobby Acord said.

NPPC has always been concerned about feral swine carrying diseases, including African Swine Fever. The hog industry would be “devastated if ASF got into the feral swine population,” Acord noted.

Wild hogs put enormous amounts of pressure on domestic hog operations to maintain biosecurity measures, which can be costly.

NRCS had been looking to help address feral swine problems for the last 10 years because the animals have affected private land owners. Up until now, NRCS assistance has been limited to monitoring feral swine and addressing natural resource impacts.

Another participant suggested a state could receive $50,000 a year to prevent the establishment of a herd. Others suggested increased fencing technology and using feeders to dispense sodium nitrate to kill the wild pigs.

“Certainly, there’s much left to be done and we’re very appreciative Congress has funded this effort,” Shea said, noting APHIS hasn't made any decisions on the approach the agency will take with the farm bill funding. A comment period on the subject runs through April 12.