The Trump administration’s proposed new definition of “waters of the United States” in the Clean Water Act is either a radical policy shift that misinterprets Supreme Court precedent and will leave up to 70 percent of tributaries and half the nation’s wetlands unprotected, or it’s a constitutionally valid approach to regulating the nation’s waters that preserves the states’ lead role over water pollution control and land use planning.

Those brief descriptions demonstrate the distance between environmental and farm groups in the longstanding debate over the meaning of WOTUS. In comments submitted to the regulatory docket Monday, the National Wildlife Federation and American Rivers offered the dire estimates of the Trump administration’s proposal, while the American Farm Bureau Federation and about 80 other farm groups and cooperatives were generally supportive of it while suggesting changes that would make farmers' lives easier.

The Environmental Protection Agency and Army Corps of Engineers issued their proposal in December, but it wasn’t published in the Federal Register until Feb. 14 because of the prolonged government shutdown. Now comes the job of sifting through thousands of comments, many of them packed with scientific and legal analysis. EPA Administrator Andrew Wheeler has said he wants to finish the rule by the end of the year.

Among the major changes from the Obama administration’s 2015 rule (which is still in place in about half the country despite numerous court challenges): The federal government would no longer assert jurisdiction over ephemeral waters, which flow in response to rain or snowfall, and would define intermittent waters as “surface water flowing continuously during certain times of a typical year, not merely in direct response to precipitation, but when the groundwater table is elevated, for example, or when snowpack melts.”

NWF and American Rivers estimate 20 to 70 percent of tributaries could lose federal protection and the proposal “threatens the drinking water sources for over 200 million people in the United States.”

“I think they’ve missed the mark by a lot,” said Steve Moyer, Trout Unlimited’s vice president of government affairs. “Why pick on streams? It doesn’t make sense.” Moyer said while he sympathizes with the notion of keeping the regulations as simple as possible, the agencies “may be unrealistic in what they’re shooting for. Water is just inherently complex. Sometimes you need an expert to help you figure it out.” 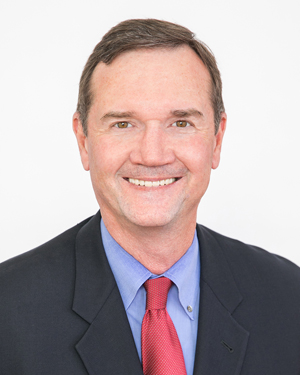 Don Parrish, AFBF’s senior director of regulatory relations, said the proposal “protects the policy that states are an important piece of the process” and clarifies federal jurisdiction for growers. The proposal “respects the careful federal-state balance that Congress struck when it enacted the CWA in 1972” and “will bring an end to … decades-long regulatory creep,” the group's comments say.

But AFBF, which took the lead on comments for more than 80 farm groups, also had a number of suggestions to improve the proposal. For example, the agencies should adopt a “bright-line” test to determine when intermittent tributaries of traditionally navigable waters should be regulated — at least 90 days of continuous surface flow in a typical year.

In addition, “We recommend that the agencies clarify that the definition of ‘intermittent’ does not broadly encompass all features in which water pools or flows as a result of melting snow and that ‘snowpack’ is a more limited term of art that applies only in certain parts of the country.”

AFBF, which was joined by associations representing corn, soybean, sorghum and wheat growers (and many others), also urged the agencies to drop their proposal to create a stand-alone category of jurisdictional ditches. “Although we agree that it would be appropriate to assert jurisdiction over some ditches because they are constructed in WOTUS, we strongly feel it would be better for the agencies to do so by clarifying the ditch (jurisdictional) exclusion” AFBF said. “A stand-alone category of ditches risks creating the wrong impression that the default status of ditches is that they are jurisdictional.”

AFBF said the proposed rule “respects the unique roles of federal, state, and local entities in this country’s overall regulatory scheme.” In their proposal, EPA and the Corps say the federal government “should avoid pressing against the outer limits of its authority when doing so would infringe upon the traditional rights and responsibilities of states to manage their own waters.”

Parrish said states can fill in the gaps left by the change in federal authority. “States will do what they need to do,” he said. “Some states are probably going to be pretty aggressive, some will take it slow.”

But the Natural Resources Defense Council, in comments submitted with the Alliance for the Great Lakes, the Environmental Law & Policy Center, and the New Jersey Conservation Foundation, said “the proposal relies on a factor — wholesale speculation about what states might do in the absence of a federal program — that Congress did not intend to be considered.”

NWF said the CWA preserves “important roles for states, giving them the first obligation and authority to develop water quality standards as well as the ability to be delegated CWA permitting authority.” However, “Congress and the text and structure of the CWA make clear that the states’ CWA obligation and authority is always subject to EPA’s federal review and backstop.”

Federal law and EPA “set the CWA minimum water quality, effluent limit, and permitting standards in order to address the ‘race to the bottom’ shortcomings of the water pollution framework that preceded the 1972 Clean Water Act,” NWF said.

As for ditches, NWF recommended the agencies “retain CWA jurisdiction over all ditches that alter or relocate a natural stream or drain a wetland, lake, or pond.” But it said it’s worried about the agencies’ placing the burden of proof on EPA and the Corps to show that ditches are jurisdictional, as when they say in the proposal, “If field and remote-based resources do not provide sufficient evidence to show that the ditch was constructed in a tributary or adjacent wetland, then a determination would be made that the ditch is not jurisdictional under this proposed rule.”

NRDC called the agencies’ ditch proposal confusing “because it requires features to ‘satisfy the conditions of the tributary definition,’ while the tributary definition requires a ‘naturally occurring surface water channel,’ and ‘ditch’ is defined to mean ‘an artificial channel used to convey water.’” In addition, “treating tributary ditches exclusively as point sources raises confusing questions about which entities are responsible for discharges that reach protected waters and where compliance with any applicable discharge standards should be measured.”

AFBF said the proposal “properly puts the burden of proof on the agencies to demonstrate whether a ditch was constructed in a jurisdictional tributary or wetland” but asked EPA and the Corps to clarify the type of evidence they would need to meet their burden.

AFBF and environmental groups offered starkly different interpretations of the 2006 Rapanos decision, in which a split Supreme Court tried to parse the CWA’s “waters” language and ended up with a four-justice plurality opinion authored by Justice Antonin Scalia, a four-justice dissent, and a concurring opinion from Justice Anthony Kennedy that set forth a “significant nexus” test to determine when a water should be regulated by the federal government.

In directing EPA and the Corps to craft a new WOTUS rule shortly after he took office, President Donald Trump said they should use Scalia’s opinion as a guide. Scalia said the WOTUS phrase includes only "relatively permanent, standing or continuously flowing bodies of water" and that it "does not include channels through which water flows intermittently or ephemerally, or channels that periodically provide drainage for rainfall."

NRDC, however, said “the Corps’ jurisdiction … depends upon the existence of a significant nexus” between the water at issue and a traditional navigable water. “The proposed rule completely jettisons this central requirement. The rule does not use a water’s significant nexus to downstream waters in determining whether it is a “water of the United States,” and makes no real attempt to assess whether it will lead to the exclusion of waters that do have such a significant impact.”

AFBF said although Kennedy stated “absent a significant nexus, jurisdiction under the (CWA) is lacking,” that is not the same as saying the agencies must apply that test, "let alone that they must assert jurisdiction over any water feature that meets such a test.”

The Biden administration rolled out a plan to conserve 30% of the nation's land and water by 2030 this week, and House Ag Committee Republican Dusty Johnson is among many looking for specifics on what this means for American agriculture. In this interview, the South Dakota Republican offers his thoughts on that as well as where he sees infrastructure and beef cattle market reforms going in 2021.