The optimism coming out of the White House and USDA for a U.S. deal with China to end the trade war has been growing for months, but the rosy outlook dimmed this week because of a new rift between both countries’ negotiators.

U.S. Trade Representative Robert Lighthizer, claiming China is now refusing to live up to pledges, announced Monday he will raise the rate of tariffs on $200 billion worth of Chinese goods from 10 percent to 25 percent and place new 25 percent duties on an additional $325 billion of imports from China.

The U.S. ag sector and farm state lawmakers are hoping Trump’s hardball tactics push China to fall in line, but fears are high that the escalation will either torpedo the talks or delay an overall deal while U.S. ag exports continue to bear the brunt of Chinese retaliation.

Chinese Vice Premier Liu He is still scheduled to lead a trade delegation to Washington for talks on Thursday and Friday, but the U.S. tariffs are scheduled to rise during those negotiations and the ramifications are unclear. 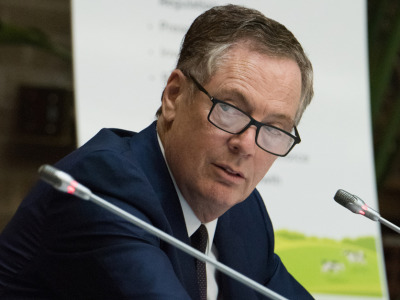 “I’m not sure we know exactly where things stand on this China negotiation,” International Dairy Foods Association President and CEO Michael Dykes told Agri-Pulse. “Is the whole thing up in the air or not? I don’t know.”

But Lighthizer’s hard ball tactics are garnering support from some on Capitol Hill, while others are worried he may have overstepped.

“We have to be strong with them,” Senate Minority Leader Chuck Schumer said of China. “Any time they detect weakness, they take advantage. I believe we ought to hang tough. There ought to be no rush to sign something that’s just a photo op.”

Republican Senator Joni Ernst of Iowa isn’t so sure.

“Hopefully he has a negotiating strategy and hopefully this will bring China to the table,” she said. “If it doesn’t, it was a huge, huge risk and our farmers are losing patience.”

The longer the U.S.-China trade war rages on, the longer the U.S. ag sector suffers under Chinese retaliatory tariffs, and U.S. dairy is feeling a lot of pain as it sees sales of nonfat dry milk powder, whey and cheese plummet.

The U.S. exported a record-breaking $577 million worth of dairy products to China in 2017, and the industry was on its way to sell even more than that last year before the trade war commenced and China slapped the products with retaliatory tariffs.

“After the tariffs that are currently in place were assessed, a significant amount of business dropped off,” U.S. Dairy Export Council (USDEC) President and CEO Tom Vilsack told Agri-Pulse. “In this year the Chinese have increased their dairy purchases by 11 percent across the board; however U.S. (exports to China) are down 48 percent from where they were.”

“I have some sympathy for Trump’s lack of patience with the Chinese,” he told reporters Tuesday. “It’s time to strike a strong, enforceable deal so that whether you’re a farmer or a business … you can get some certainty. I urge the Chinese negotiators to bring these talks to a … successful close so that we can avoid prolonged tariffs.”

But prolonged uncertainty and tariffs may be the result of the latest U.S.-China rift.

Vilsack and other ag sector leaders are concerned the new tariff increase on China could spur new retaliation from China and extend the negotiating process and the pain as exporters lose more and more contracts.

At some point — if that point hasn’t already been reached — the damage will be irreversible, Vilsack said.

“When this all started, many farmers believed that while American agriculture was being asked to take a hit, at the end of the day the deal would result in a better deal for American agriculture over the long haul,” Vilsack said. “As this continues and the tariffs increase and business opportunities are lost … it makes it more likely that whatever the deal is, it’s not going to be enough to compensate for the pain that it has caused and that pain will continue.”

Vilsack, a former Ag Secretary during the Obama administration, predicted that the U.S. may never be able to export 30 percent of its soybeans to China again.

The U.S. exported $3.1 billion worth of soybeans to Chinese importers in the 2018 calendar year, about a fourth of the $12.3 billion it sold to them in 2017, according to USDA data.

Before Lighthizer spoke to reporters Monday, President Donald Trump took to Twitter on Sunday to lash out at China, and the shock waves spread quickly through the U.S. ag sector.

“I was shocked, because that’s something I didn’t see coming,” Davie Stephens, president of the American Soybean Association said in an interview with Agri-Pulse. “We’re just hoping that they’ll give us back our market.”

Less than a week earlier, the prospects of a quick and successful deal between the U.S. and China were a lot better. Ag Secretary Sonny Perdue was telling reporters about the “huge potential” of a China deal for U.S. farmers and ranchers. 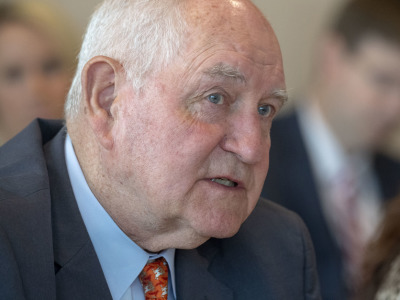 “I think the numbers we are looking at and discussing with China on (ag) purchases will be very, very good and we think it will be multiples of what they’ve done in the past,” Perdue said in a press conference at USDA headquarters in Washington. “It will be very good for American agriculture.”

But at roughly the same time, Lighthizer and Treasury Secretary Steven Mnuchin were in Beijing for talks and they were not going well. China, Lighthizer told reporters Monday in press briefing after the USTR delivered the bad news to Trump, was “reneging on prior commitments.”

Lighthizer did not go into detail, but stressed that the Chinese offenses were serious.

“If we can get the kind of deal that makes substantial structural changes, the president would like that kind of deal … but that’s just not where we are now,” he said.

But many are clinging to the hope that because the Chinese negotiators have not canceled their trip to Washington, this week is a reason for some hope.

"The fact that the Chinese negotiator decided to come to the meeting is I think a good sign,” said Sen. John Cornyn, R-Texas. “This could be a negotiating tactic. I don’t think any of us have any way to know."