One example of collateral damage from the Trump administration’s escalating trade battle with China is dairy exports.

Seattle-based Darigold, a manufacturing cooperative owned by about 440 dairy farms in Washington, Oregon, Idaho, and Montana, lost its $50 million in annual sales to China virtually overnight thanks to China’s 25 percent retaliatory tariffs on U.S. dairy exports.

Darigold President and CEO Stan Ryan tells Agri-Pulse this sudden $50 million hit hurts — and has forced Darigold to find alternative markets. He says co-op members regret the short-term pain but “Our owner members are very long-term in their thinking, and very willing to weather the storm, as uncomfortable as that is, for what we believe is the best long-term outcome for all.”

Accepting that any U.S.-China trade resolution may take “years not months,” Ryan says the wait will be worth it because “The growth in China alone in the next ten years could add $5 billion in trade surplus to the U.S. dairy industry.”

“This is a trade flow that is a natural one to happen,” Ryan explains. “Any economist would look at this as a very obvious advantage for both sides.”

To weather the China storm short term, Darigold is maintaining its export marketing efforts through its Shanghai and Singapore offices and launching a new office in Dubai to generate new sales throughout Asia and into the Middle East. Ryan says this patience and extra effort are worth it because “the most natural and the high-growth, high-demand markets are in Asia ... the growth opportunity in China is immense.” 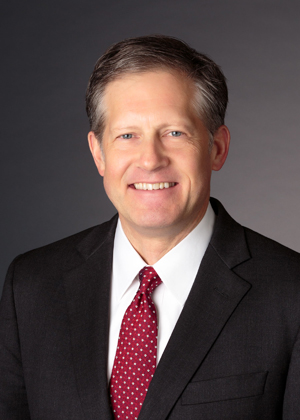 Ryan is confident that given enough time, the Trump administration will resolve issues with China because “a rules-based, science-based, level, open, reliable trading system is in everybody’s best interests.”

The nonprofit USCBC, representing some 200 U.S. companies operating in China, regrets that “both the US and Chinese governments have chosen to escalate their battle rather than set a date for a new negotiating round to work through their differences.” The advisory group concludes “More tariffs will not persuade either government to change their positions and will exacerbate the damage being done to American companies and farmers that do business with China.”

Regarding the possible resumption of trade negotiations, Barry tells Agri-Pulse “an agreement could still be reached, perhaps in conjunction with the G-20 meeting at the end of June.”

But as formal negotiations remain stalled, Barry explains, China’s retaliatory tariffs “have hit U.S. farm states particularly hard, with more pain likely to come when higher tariffs kick in soon.” He adds that these escalating tariffs deliver “an added blow on top of missed opportunities when President Trump pulled the U.S. out of the Trans-Pacific Partnership. As a result, competitors have eagerly filled the vacuum left by the U.S., especially with Japan.”

Despite exporters like Darigold working hard to develop new markets, Barry warns that “Trying to find alternative markets in Asia and elsewhere will not be easy.” He says recapturing lost sales to China itself could be challenging because “Chinese buyers will be wary even if a deal is eventually reached.” He sees such challenges as likely because “Tariffs are generally a bad policy tool with unintended consequences and blowback on countries that impose them.”

What happens next is unpredictable, Barry says, “with both countries hardening their positions in recent days, making it difficult to recall that only a few weeks ago an agreement seemed within reach including large purchases of U.S. products.” He sees one possibility as “both sides hunker down with no progress until after the next U.S. election cycle.”

Barry says it’s also possible “that as tariffs bite harder, pressure grows in both countries to reach a settlement. Efforts to spin tariffs in different ways suggest the pressure is already building, at least in the U.S., though the end game — if there is one — is hard to predict.”

Senior VP Bill Rooney at Kuehne + Nagel, an international freight forwarding and supply management company, agrees on the unpredictability of what lies ahead. The one certainty, he tells Agri-Pulse, is that tariffs raise product prices, “so if you’re competing with people in Brazil whose commodities aren’t subject to a tariff as they enter China, then you become less competitive and agricultural products tend to be very price sensitive … in many cases, that’s going to be enough to push the demand to another source.”

With pressure mounting on the U.S. and China to hammer out an agreement, Rooney isn’t making predictions. But he’s hoping for “a resolution on the underlying issues, the theft of intellectual property and the restrictions on access to the Chinese domestic market … a resolution that at least partially solves those problems.”