The Dakota Access Pipeline’s construction through Iowa farmland did not violate either the state or U.S. Constitution, the Iowa Supreme Court ruled recently, delivering a defeat to farmers who had challenged the company’s use of eminent domain.

The Iowa Utilities Board (IUB) approved the $4 billion pipeline in 2016, a ruling upheld by a Polk County district judge, and the pipeline was completed two years ago. Iowa's Supreme Court ruled the case was not moot but rejected the landowners’ arguments that the pipeline did not provide enough benefits to the public to allow it to use farmland without the owner’s consent.

“IUB’s weighing of benefits and costs supports its determination that the pipeline serves the public convenience and necessity,” the court said in its May 31 opinion. “We also conclude that the pipeline is both a company ‘under the jurisdiction of the [IUB]’ and a ‘common carrier,’” which allowed it to exercise the power of eminent domain.

“Everybody’s disappointed,” Bill Hanigan of the Iowa law firm Davis Brown said of his 14 clients. “What this case says is that in Iowa, even a crude oil pipeline is a common carrier that can use the power of eminent domain. The genie’s out of the bottle.”

Kristine Tidgren, director of Iowa State's Center for Agricultural Law and Taxation, said in an analysis the decision "affirm[s] that the Iowa Constitution's public use requirements are stricter than the federal baseline, providing greater protection to private landowners." At the same time, however, the opinion "demonstrates the limits of those protections, and the sometimes ambiguous distinction between private and public interests."

DAPL owner Energy Transfer Partners released a statement saying it was pleased the court found that Dakota Access “was within its rights to use eminent domain” and adding, “Energy Transfer strives to develop and maintain neighborly relationships with all landowners, which includes a priority to negotiate voluntary easement agreements when possible and pay fair market value.” 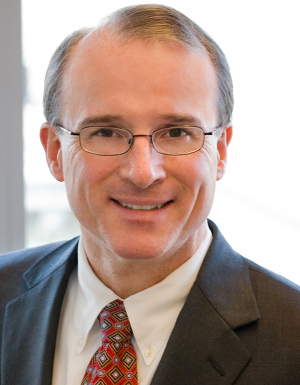 In an interview, Hanigan said his 14 landowner clients, mostly farmers and retired farmers, had no choice but to accept the payments since portions of their property had been condemned. “In a condemnation procedure you either accept the payment or the sheriff accepts it on your behalf,” he said. Yields are uniformly down on the land that was disturbed to make room for the pipeline, he said.

Hanigan said “one good thing” about the opinion was that the court found indirect economic benefits of the project were not enough to justify the use of eminent domain. “To the extent that Dakota Access is relying on the alleged economic development benefits of building and operating the pipeline, we are unmoved,” Justice Edward Mansfield wrote for the majority.

“But here there is more,” he continued. "While the pipeline is undeniably intended to return profits to its owners, the record indicates that it also provides public benefits in the form of cheaper and safer transportation of oil, which in a competitive marketplace results in lower prices for petroleum products.”

As a “common carrier,” the pipeline has the potential “to benefit all consumers of petroleum products, including three million Iowans,” the court found.

Some of the plaintiffs argued Iowans themselves were not receiving enough benefits from the pipeline to justify DAPL’s use of eminent domain. But the court said Iowa’s economy, “including our agricultural economy, depends on other states to produce crude oil and refine that crude oil into petroleum products.”

Limiting the consideration on public benefits to products produced in Iowa would make it “very difficult ever to build a pipeline across Iowa carrying any product that isn’t produced in Iowa,” the court said. “Yet Iowa is crisscrossed with pipelines.”

“We do not believe a common carrier of a raw material that is essential to Iowa’s economy but isn’t produced or processed in Iowa is prohibited from exercising eminent domain when so authorized by the general assembly. The public use concept is not that restrictive,” the court said.

Hanigan, however, in a brief in the Supreme Court, said the utilities board never found any economic benefit to Iowans “in the form of indirect consumption of refined oil [such as] gasoline or lower gas prices. … With regard to economic benefits to Iowans, the Board found no direct benefits.”

Speaking to Agri-Pulse, Hanigan said if DAPL is exporting the crude oil to foreign countries, there is no benefit to Iowans.

Dakota Access is about 1,160 miles long and runs from North Dakota to a hub outside of Patoka, Ill., a small town east of St. Louis where oil can be delivered to another pipeline for delivery to a terminal in Nederland, Texas, or via other pipelines to refining markets in the Midwest, according to the company. In a March 2019 investor presentation, the company touts the Nederland facility's approximately 400,000-per-day crude oil export capacity.

Three justices joined Mansfield’s majority opinion. One other, Justice Christopher McDonald, would have dismissed the appeal as moot. Two justices dissented, concluding the use of eminent domain violated the Iowa Constitution.

“The primary purported purposes of Dakota Access’s pipeline are (1) so a private business can build a private pipeline to ‘transport crude oil from sources in North Dakota to a hub in Illinois’ and (2) to answer the oil industry’s desire for a pipeline,” Justice David Wiggins wrote in his dissent. However, he said the purpose of the relevant portion of the state code “is neither to facilitate private transportation of crude oil (or other hazardous liquids) nor to acquiesce to a particular industry’s desire for a particular method of transporting its product. Thus, the primary purported purposes of the pipeline are unrelated to the purpose of exercising eminent domain as contemplated in [the Iowa code].”