Syngenta has tapped Chris Davison to serve as head of business sustainability for North America, effective June 1. Davison joined Syngenta in 2012 and previously served as head of corporate and government affairs in Canada. In his new position, he will move to Washington, D.C., and help Syngenta accelerate its innovation in support of challenges faced by farmers and the environment. 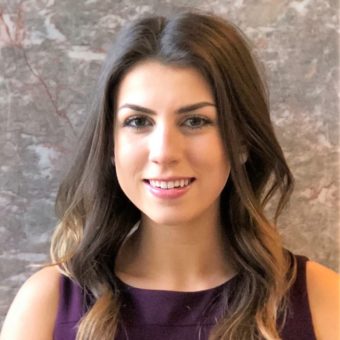 Rachel Cone has been selected to serve as the new coordinator of food safety programs at the National Association of State Departments of Agriculture (NASDA). In this role, Cone will manage agreements with the Food and Drug Administration to implement the Food Safety Modernization Act. Cone recently graduated from Colorado State University and has interned with the Colorado Farm Bureau and the Pro Rodeo Cowboys Association.

Josie Wagler will join the International Dairy Foods Association team on June 17, as the executive assistant to president and CEO Michael Dykes and chief of staff Heather Soubra. Wagler is serving as the constituent services specialist and deputy scheduler for Sen. Chuck Grassley, R-Iowa … Gary Wynne joins Grassley's staff as his new staff assistant. Wynne is a recent graduate of Iowa State University.

Ryan Dierker has left the office of Rep. Brad Wenstrup, R-Ohio. to join the U.S. Marine Corps. He served as the senior legislative assistant covering agriculture and trade. Luke Graeter has taken over the agriculture portfolio and also covers energy and telecommunications issues.

Andrew Robreno has been promoted from legislative director to deputy chief of staff for Rep. Lloyd Smucker, R-Pa. Robreno covers the portfolios for appropriations, foreign trade, and public lands and natural resources.

Andrew Lowenthal is now chief of staff for Rep. Carolyn Maloney, D-N.Y. Lowenthal comes from Reorg, where he served as a senior policy analyst and he previously worked at Monument Policy Group LLC. He succeeds Mike Iger, who left to join The Glover Park Group as a new vice president.

Sarah Sinovic joined the staff of Rep. Yvette Clarke, D-N.Y., to serve as the new communications director and digital director. Sinovic’s past experience includes working as a senior communications and digital associate for Marathon Strategies LLC.

Kristine Fargotstein has left the House Energy and Commerce Committee where she served as a Federal Communications Commission detailee for the communications and technology subcommittee for Rep. Bob Latta, R-Ohio. She now works for the U.S. Telecom Association as the vice president for policy and advocacy. 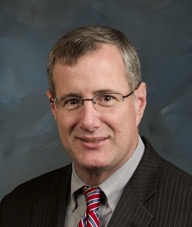 Rep. Bruce Westerman, R-Ark., brings on Kayley Corley to serve as his new legislative correspondent. Elizabeth Teed also joins Westerman’s staff as his new staff assistant. She was previously serving as an intern in Westerman’s office.

Rep. Gwen Moore’s, D-Wis., new press secretary is Samara Sheff. She comes from the office of Rep. Suzan DelBene, D-Wash., where she served as press assistant.

A graduate of Brown University, Charlie Andrews joined the staff of Sen. Patty Murray, D-Wash., as a deputy press secretary.

Archer Daniels Midland (ADM) announced another internal company realignment, which will combine four divisions of the company into three. The origination and oilseed businesses will merge and now be called Ag Services & Oilseeds, effective July 1. Greg Morris, current Oilseeds president, will lead the new division. Stefano Rettore, president of the Origination division, has decided to leave ADM for personal reasons.

Tad Sonstegard is the first CEO of Acceligen, a Recombinetics company focused on precision breeding. Sonstegard will also continue to lead scientific developments as chief scientific officer. He has been with Recombinetics/Acceligen since 2015. Sonstegard also served 17 years with USDA’s Agricultural Research Service, most recently serving as the acting national program leader for food animal production. 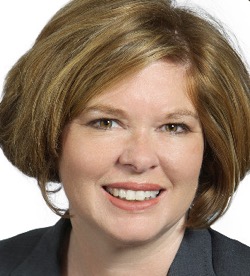 The Council for Agricultural Science and Technology (CAST) has chosen David Baltensperger as president-elect for the 2019-2020 year. Baltensperger has been a member of CAST for over 20 years, and since 2014 has been the board representative for the Crop Science Society of America. Baltensperger worked at the University of Florida and the University of Nebraska as a plant breeder and now serves as the head of the soil and crop sciences department at Texas A&M University. 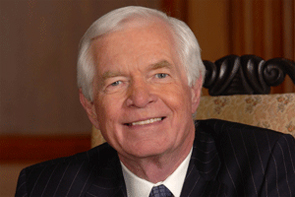 Michael Kremer is joining the leadership team of AgriSync Inc. to become the head of marketing. Kremer is responsible for overseeing marketing efforts, including brand management, media relations, and strategy.

AgReliant Genetics added Amanda Fruland as the company’s new corporate communications manager. She most recently worked at Hathaway Strategies as the director of communications and began her career working for Monarch Beverage, the largest beer and wine distributor in Indiana.

Former chairman of the Senate Appropriations and Agriculture committees, Thad Cochran, passed away on May 30 at the age of 81. Cochran served in Congress for 45 years and had to resign last year due to health concerns. To read our full story, click here.