Home » US wants EU ag talks, but are they worth the trouble?
News Politics Trade

US wants EU ag talks, but are they worth the trouble?

The Trump administration is adamant that agriculture and all of the divisive policies and regulations that go along with it should be included in trade talks with the Europeans, but success could mean a long and arduous battle at a time when a trade war with China is being fought and other potentially lucrative trade pacts are being negotiated.

The political call to get the EU to come to the table on agriculture has only increased since negotiations on the Transatlantic Trade and Investment Partnership (T-TIP) fell apart, but some in the industry are beginning to question if it’s worth the trouble.

Getting the EU to negotiate its tariff and non-tariff barriers would be a win, but the Trump administration should focus its resources on efforts that are more likely to succeed and result in major windfalls for U.S. farmers and ranchers, said Maria Zieba, director of international affairs at the National Pork Producers Council.

“Are we going to go through that exercise again?” she said “All that effort again? I think that we’re just tired in the ag industry. I’m not rushing to that [EU] agreement. I’m rushing to finish [the U.S.-Mexico-Canada Agreement] and get back to some kind of normal trade relationship with China or Japan or some of these other markets that have potential.”

“We probably won’t have any negotiation until there is that real, real threat of the imposition of auto tariffs,” he said. “The Europeans have no interest in negotiating [agriculture].”

Threatening auto tariffs on Europe would be drastic, but it’s a gambit President Donald Trump has said he already used on Japan to get the country to agree to trade talks.

But even if Trump were to use that threat and it worked, the U.S.-EU divides over issues such as ractopamine in pork production, chlorine rinses for poultry and geographic indications remain as deep as ever.

“When we did T-TIP, we tried,” said Zieba, who spoke at an Atlantic Council event last week. “We met with them before the negotiations and during the negotiations. … We offered compromises — ways in which everyone could win — and they just shot them down.” 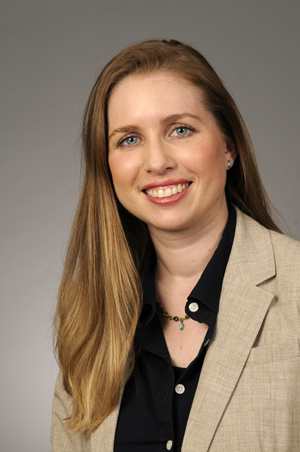 While European officials are still certain there can be no free trade agreement if agriculture is included in FTA talks — at least not one in the foreseeable future — officials like Gregg Doud, the top ag negotiator for the U.S. Trade Representative, can’t imagine a pact without agriculture.

“With the EU, I will tell you that they’ve been very frank in … saying ‘no agriculture’ and our point has been very simple. There is no way to come to Congress with a deal that doesn’t include agriculture.”

US-EU beef trade talks back on track, but other ag issues remain in limbo
China’s government spurns US sorghum, but its feed mills are hungry for the grain
Perdue pushes for inclusion of ag in US-EU trade talks

The U.S. exports roughly $12 billion worth of food and ag products yearly to the EU, while the Europeans sell about $20 billion to the U.S.

Prominent senators like John Thune, R-S.D., and Chuck Grassley, R-Iowa, have echoed that sentiment, but not addressed the sheer difficulty of getting the Europeans to change their ways on issues like the EU’s deliberately sluggish biotech approval process that can take up to four years for any one trait.

The EU protected its regulations and tariffs on ag policy during T-TIP talks, and nothing has changed.

“It became clear for a number of reasons … that Europe could not talk about their most sensitive agricultural market access questions,” Michael Froman, President Barack Obama’s U.S. Trade Representative, said in early 2017 when it became clear talks on the FTA had bogged down and pessimism for an FTA was growing.

But it’s not just the Europeans who do not want to negotiate sensitive issues. Throughout T-TIP, U.S. negotiators stressed they were not willing to even talk to their European counterparts about demands that the U.S. recognize geographic indications. That likely has not changed.

“We of course will defend our interests when it comes to Europe," said Castaneda, a fervent opponent of EU desires to protect the use of food names like black forest ham, feta, gorgonzola, fontina, roquefort and asiago cheese.

North Dakota Republican Sen. John Hoeven says EU concerns are even bigger and based on the very survival of the trade bloc’s ag sector.

“At the end of the day no one can compete with our farmers and ranchers if we get a fair shake,” he said. “I gotta say the EU is going to be a tough nut to crack.”

Doud, sitting before Hoeven, Thune and others in the Senate Agriculture Committee last Thursday, recognized both lawmakers' demand for an EU ag deal and European intransigence on the issue.

“So how are we going to rectify this?” he asked, without giving or getting an answer.