The Agriculture Department is taking another shot at rewriting regulations restricting how meat and poultry processors can treat producers, and familiar battle lines are being redrawn ahead of an anticipated release.

USDA is revising a provision in an Obama-era Grain Inspection, Packers and Stockyards Inspection, or GIPSA, rule that would have clarified violations for processors who give “undue preference” to some producers over others, a practice banned by the Packers and Stockyards Act of 1921. The department submitted the proposed rule to the Office of Management and Budget Tuesday.

Groups who represent some smaller-scale producers hope the rule will make it easier for growers to challenge industry practices in court. But a pork industry official didn’t imagine the rule would look the same as the Obama administration’s 2016 rule, which USDA withdrew after President Donald Trump took office in 2017.

The Organization for Competitive Markets sued USDA in 2018 for removing the Farmer Fair Practice Rules and lost the case. However, in court filings, Trump administration officials said they were working on the proposed rule.

Joe Maxwell, executive director at OCM, is confident the department will go forward with a proposed rule but is concerned how the language will read. 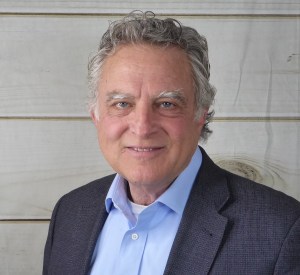 “The big question now for us ... is to ensure the rules that are proposed, and they go forward with, actually provide the markets and safeguards envisioned by the Packers and Stockyards Act,” Maxwell said.

He argues the GIPSA rule was designed to protect producers, but said the court sees the law as protecting the market. A contract grower or livestock producer must prove harm to the whole market to be compensated for damages.

In 2009, a federal court ruled in a favor of a packing plant stating the claim brought pursuant to PSA had to show an adverse impact to competition across the entire industry had occurred and didn’t just harm the person bringing the charge.

“That is the significant issue in play here,” Maxwell said. “These companies are able to get away with screwing certain groups and picking winners and losers within the market.”

The GIPSA rule and has been fought over by livestock and poultry groups for the last decade. A provision in the 2008 farm bill amended the PSA to set criteria for USDA to determine if meat processors were offering unfair preference to certain producers.

However, Congress repeatedly used annual appropriations bills to block USDA from implementing the rule. Those roadblocks ended in fiscal 2016, and that December USDA released the version of the undue preference rule that the incoming Trump administration ultimately scrapped.

Larry Mitchell, who served as GIPSA administrator from 2012 until Obama left office, said that if he had the opportunity to rewrite the rule, he would have specifically focused on poultry production rather than the broader livestock sector. Poultry producers, he said, “are the most at risk” because supplies like feed and weights of chicks depend upon what is delivered to the producer.

NSAC is circulating a petition asking USDA to support “robust regulations (that) provide relief for growers suffering from discrimination and unreasonable prejudice.” OCM also plans to launch a digital and social media campaign on the subject next week.

Some opponents of Obama’s GIPSA rule argue it goes beyond the intentions of Congress in the 2008 farm bill. Groups fear it would open the door for massive amounts of federal court cases.

In written comments to GIPSA in 2017, NPPC along with the National Cattlemen’s Beef Association, wrote that the rule “would open the federal courthouse door (and make available the damage provisions of the PSA) to any grievance, no matter how trivial.”

Michael Formica, assistant vice president of domestic affairs and counsel at the National Pork Producers Council, said the organization’s position on GIPSA hasn’t changed since 2008 and has become even stronger.

“The universe of packer-space ownership is expanding,” Formica said. “There’s been groups of 3 or 4 producers getting together (who) have built new plants from the ground up (and employed) thousands of people in the Midwest directly in those packing plants.” 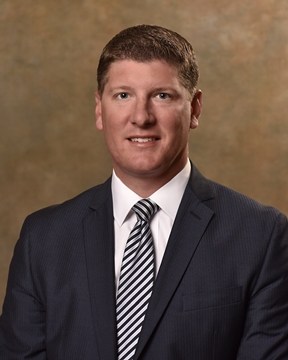 Formica also noted if Obama’s GIPSA rule would have taken effect, marketing opportunities to sell specialized products such as organic meat or cage-free would have disappeared.

“You wouldn’t be able to pay a premium for someone who is (producing) a specialized value-added product, you would have to pay the same price for everyone,” Formica replied.

National Chicken Council spokesperson Tom Super said in an email to Agri-Pulse that the “vast majority” of chicken farmers are happy with their partnership with companies. “In fact, broiler farmers are one of the only sectors in American agriculture right now that are currently in the black and maintain one of the lowest loan default rates in all of agriculture,” Super said.

Mitchell, the former GIPSA administrator, said he fears the new rule will be largely a political document. “It’s going to provide everything on paper that they think people want to see, read and hear. (But) I hope (the rule) has substance to it,” he said.