Democratic front-runner and former Vice President Joe Biden unveiled a comprehensive plan that he says will include a rural economic development strategy to “invest in their unique assets, with the goal of giving young people more options to live, work and raise the next generation in rural America.”

Biden was talking about the plan during stops in Manning and Le Mars, Iowa, on Tuesday.

Many of the ideas in the “Biden Plan for Rural America” echo similar themes expressed by then Sen. Barack Obama in 2007 and 2008 as he campaigned across the Midwest. But some rural Democrats say this is just the type of approach needed if their candidates are going to attract farmers and rural voters.

For example, Biden says he would strengthen antitrust enforcement, grow the bioeconomy, invest $400 billion in clean energy with a focus on cellulosic biofuels, and invest $20 billion in rural broadband infrastructure. He pledges to dramatically expand the Conservation Stewardship Program to support farm income through payments that would protect the environment, including carbon sequestration.

On trade, Biden says he will stand up to China by “working with our allies to negotiate from the strongest possible position.”

Biden points out that part of the inequality between urban and rural areas is that some communities are more successful in accessing federal dollars than others. So, he wants to create a “strike force” to help rural communities access federal funds with priority given to persistent poverty counties. 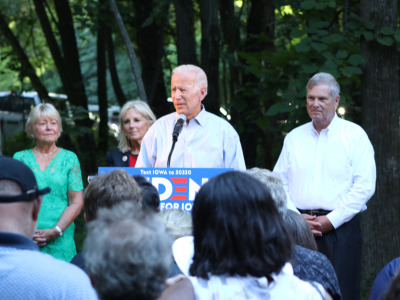 A large component of Biden’s plan deals with health care and he pledges to protect and build upon the Affordable Care Act.

Some of the other Democratic candidates are also taking notice of rural issues. South Bend, Ind., Mayor Pete Buttigieg supports paying farmers for environmental stewardship and called for ramping up research and deployment of conservation practices to deal with erratic weather.

But Democrats on the campaign trail will have to compete with a steady stream of tweets and announcements from President Donald Trump, who has talked about his support for farmers and rural communities more often than any president in recent history.

Tom Vilsack, a former Iowa governor and secretary of agriculture under President Obama, said he was happy that Biden “offered a clear and comprehensive vision for improving quality of life and economic opportunity for the 45 million Americans who live, work and raise families in Rural America."

"In addition to addressing the unique healthcare needs for rural America Vice President Biden also outlined how we must do more for agriculture especially in trade relations and for beginning farmers, and for small farming operations that wish to market locally."  Vilsack said that Biden understands that "bringing manufacturing back to rural places is not just every 4 year election promise because he sees the potential for good job creation in renewable fuels and biobased manufacturing.”

For background: Listen to the Agri-Pulse interview with then Sen. Barack Obama when he was running for president in 2008, click here.