Ag sector braces for another year of Chinese tariffs

The trade war with China has gone on longer than most expected, so it was a jolt to the collective system when President Donald Trump said twice in the past two weeks that it might rage on for another year or longer.

Some say Trump didn’t really mean it — his tweets and comments were just a scare tactic and part of the art of making a deal — but negotiations appear to be foundering. Trump announced he would hit China with a new 10% in tariffs on about $300 billion worth of its goods on Thursday last week. That was the same day U.S. Trade Representative Robert Lighthizer and Treasury Secretary Steven Mnuchin returned from negotiations in Shanghai.

The talks were “constructive,” Trump said, but stressed that the Chinese still weren’t living up to the promises they’d made.

And then this week, the situation soured further when the Treasury Department labeled China a “currency manipulator,” charging the country with weakening the yuan to make Chinese goods cheaper and weaken the effect of U.S. tariffs.

“They devalued at least 10% in the past 15 months,” Larry Kudlow, Trump’s national economic adviser, said Tuesday. “I must say they brought this on themselves.” 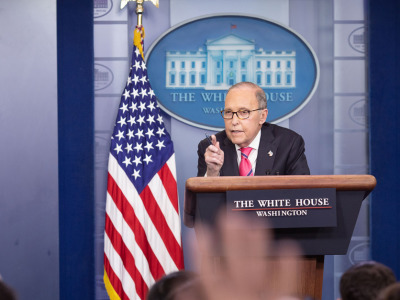 But China reacted sharply to the newly perceived threat. Xinhua News, a state-owned outlet, quoted a response from the People’s Bank of China: “The U.S. labeling is an arbitrary unilateral and protectionist practice, which seriously undermines international rules and will significantly impact the global economy and financial markets."

Meanwhile, China has retracted its latest goodwill gesture of exempting some Chinese importers from its own tariffs on U.S. soybeans.

Sharon Bomer Lauritsen, assistant U.S. Trade Representative for agricultural aﬀairs and commodity policy, said Tuesday that the Chinese have clarified that “any sales occurring after August 3 will no longer be exempt from those retaliatory tariffs. Now, we'll have to wait and see what that means."

The prospect of another year or more of a trade war and Chinese retaliatory tariffs is daunting, say representatives of the U.S. ag sector, all of whom said they are hoping for the best, but girding for the worst.

China will likely never be the market for soybeans that it once was not so long ago, citrus and tree nut farmers will be forced to flood the domestic market as they seek out new foreign buyers, and pork producers will continue to see profit margins dwindle.

“On the demand side, the longer the trade war lasts, the more that our U.S. soybean export pace will continue to fall behind and ending stocks will grow,” said Grant Kimberley, director of market development for the Iowa Soybean Association. “If the trade war continues into next year, we could see an excessive shift of acres into other crops which would could crest burdensome supplies of other crops.”

There is a massive push in the soybean sector to diversify and push into untapped or under-tapped markets. and that’s going to continue regardless of how long the Chinese tariffs remain in place, according to John Baize, president of John C. Baize and Associates and a consultant for the U.S. Soybean Export Council.

But it won’t be enough to make up for the market share farmers are losing in China, Kimberley tells Agri-Pulse.

“We’ve been diversifying a lot,” he said. “We’ve increased our exports to other countries … by just under 6 million metric tons … but that doesn’t offset (losses to China).”

So far this marketing year, the U.S. has shipped about 9.6 million tons of soybeans to China, less than half of the 20 million tons that U.S. officials say China has pledged to buy and just a pale shadow of the roughly 36 million tons that China had purchased by this time of the year, two years ago. 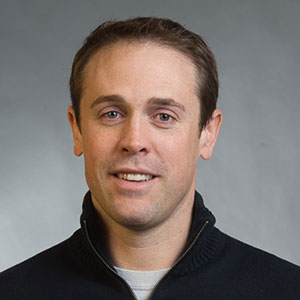 It’s not just soybean farmers bracing for a much longer trade war than expected. Chinese retaliatory tariffs have also put the brakes on U.S. exports of pork, dairy, tree nuts and fruits and vegetables.

For many of those commodities it means selling more on the domestic market and pushing down prices while other foreign markets are explored.

Chinese importers now have to pay 51 percent in import taxes to buy California oranges, and many Chinese buyers are opting to import their citrus from elsewhere, says Joel Nelsen, strategic adviser and past president of California Citrus Mutual.

“We’re just going to have to work harder to find alternative homes for that tonnage that was going to China,” he said. “Finding alternative markets on the export side is very difficult.”

U.S. pork producers are hit with even steeper tariffs. China first hit the sector with a 25% tariff to counter U.S. 232 tariffs on steel and aluminum. Then China levied another 25% tariff in response to U.S. 301 tariffs that were meant to punish China for its efforts to acquire intellectual property. That’s on top of the existing 12% base tariff.

And the tariffs couldn’t come at a worse time, says National Pork Producers Council spokesman Jim Monroe. China is in the midst of battling outbreaks of African Swine Fever, destroying much of its herd to stop the spread of the disease.

“Unfortunately, it’s another situation where we’re not competing on a level playing field and we are not able to fully participate in what is an historic sales opportunity in China right now because of the struggles they’re having with ASF,” Monroe said. “Our producers are losing $8 per hog as long as this trade dispute lingers. That’s $1 billion on an annualized basis.”

The White House’s Kudlow offered some optimism on Tuesday, but not for a quick resolution to the trade war.

“The door is still open for additional negotiations,” Kudlow told reporters. “We are planning for the Chinese team to come here in September. … That could lead to good things.”

But both sides have already been negotiating for more than a year and they are still very far apart, says U.S. Dairy Export Council President and CEO Tom Vilsack.

“Right now, they’re just trying to get things back on track,” Vilsack told Agri-Pulse. “This is a long, protracted negotiation because we’re asking for fundamental change and the Chinese are obviously unwilling to do so.”

It’s just one more indication that the U.S. and China are likely a long way from ending the trade war, strengthening suspicions that the Trump administration may have to come up with yet another trade assistance package. The first $12 billion package was unveiled last September and then, despite Ag Secretary Sonny Perdue's initial insistence that it was a one-time event, a second $16 billion program was unveiled last month.

“We’re helping them as much as possible,” Kudlow said Tuesday. “We will help them more if need be and we’ll see how the negotiations go.”

Kimberley said the potential for a third assistance package is already looming.

“If the trade war goes into next year, the more likely it will also increase the need for a third round of (Market Facilitation Program) payments,” he said. “Soybeans are really getting hammered from a variety of bad news all the way around. It would be nice for soybean farmers to start getting some wins but there is nothing currently on the horizon that points to anything like that happening at this time.”