Farm Hands on the Potomac: Perdue swears in Soles

Secretary of Agriculture Sonny Perdue swore into office Scott Soles to serve as USDA’s principal deputy chief financial officer. Soles grew up in Oxnard, California and graduated with a degree in accounting from Southwest Texas State University. Soles is a CPA and has a Certification in Financial Forensics. He brings over 30 years of experience in internal and external financial auditing, consulting, and finance operations. Most recently, Soles was a senior financial projects analyst residing with his family in Houston, Texas.

The U.S. Grains Council tapped Stephan Wittig to serve as its new director in Mexico. He will be responsible for addressing trade and factors that impact the market for U.S. grains in Mexico. He replaced Ryan Legrand, who was promoted in June to serve as the organization’s president and CEO. Before becoming director of Mexico, Wittig served as an ethanol consultant with the Council. Prior to that, he served as the chief strategy officer for Grupo Baltico, Mexico’s largest ethanol producer and distributor. 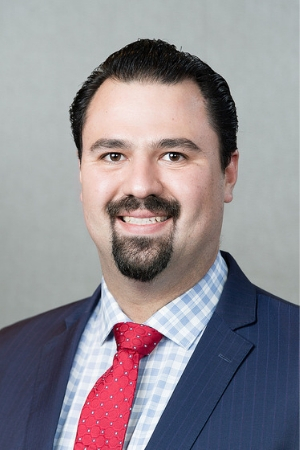 Canadian ambassador to the U.S., David MacNaughton, announced he will step down as ambassador at the end of August and return home to Toronto to start a new position in the private sector. MacNaughton has been the ambassador since March of 2016, and has worked on USMCA trade negotiations. Canada’s deputy U.S. ambassador, Kirsten Hillman, will become the acting ambassador.

Qiaoni Linda Jing has been selected to serve as Genective’s new CEO. Genective is a global agtech business that develops biotech corn traits. Jing most recently served as senior director of global corporate affairs for Monsanto Co. since 2016 and remained in the role after the acquisition by Bayer. She first came to Monsanto in 2009 and worked as the director of strategic planning for the U.S. commercial division. She then worked for Monsanto in Argentina before returning to St. Louis in 2012 to hold positions in supply chain and R&D before taking her most recent position.

Yum Brands has promoted David Gibbs to take the helm of the company as the new CEO. He will succeed Greg Creed, who has served as CEO since 2015 and will retire at the end of 2019. Yum Brands is the company behind the restaurant chains KFC, Pizza Hut and Taco Bell. Gibbs currently serves as the president and operating chief overseeing the three main divisions. He has been with the company for more than 30 years and held various leadership roles in all of Yum’s brands. 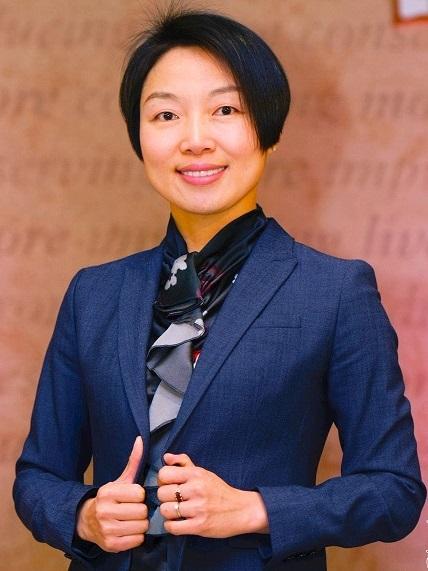 Jenn Morris has joined Anheuser-Busch as the new vice president of communications, based in New York. She previously served as senior vice president for corporate and public affairs at Edelman.

Chad Magalage has joined the Arm & Hammer team as a business manager serving multiple countries, including Australia, Japan, New Zealand and South Korea. In this role, he will serve distributors and producers through expanding portfolio opportunities in the markets of those countries. Prior to joining Arm & Hammer, Magalage led commercial operations for Alltech’s Alcoholic Beverage Division in Japan.

Philip Rossetti is the new fellow on the minority staff of the House Select Committee on the Climate Crisis. He will be focusing on energy and climate policy. Prior to joining the committee, he served as the director of energy policy at the American Action Forum.

Craig Berning is headed to Capitol Hill to join the staff of Sen. Deb Fischer, R-Neb., as an agriculture legislative aide. Berning comes from the National Association of Wheat Growers (NAWG) where he served the past two and half years as the government relations representative. His last day at NAWG is August 15.

Trey McKenzie has left the office of Sen. Roy Blunt, R-Mo., where he served as the legislative assistant covering the agriculture, food, animal welfare, energy, environmental protection, public lands, natural resources, and transportation portfolio. He has moved over to the House side to join the Transportation and Infrastructure Committee as a professional staff member for highways and transit subcommittee. Blunt’s office has not yet named a replacement.

Alyssa Charney is the new legislative assistant for Sen. Bob Casey, D-Pa. She covers agriculture, energy, environment, national resources issues. She came to Casey’s office from the National Sustainable Agriculture Coalition where she served as a senior policy specialist. 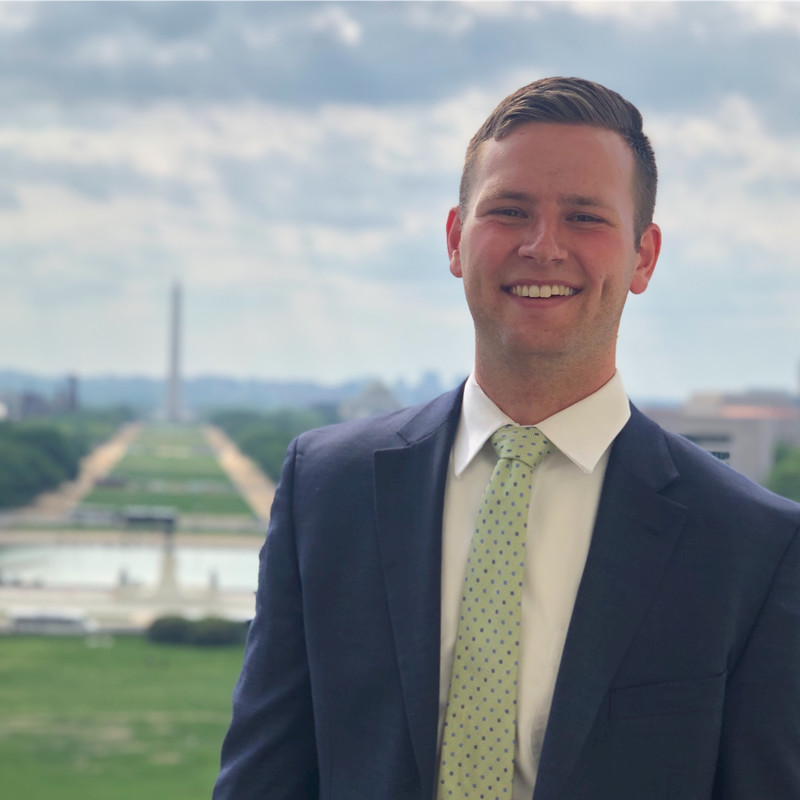 Brandon Steinmann has joined the staff of Rep. Alex Mooney, R-W.Va., where he serves as the new legislative director. Steinmann covers the portfolio for agriculture, appropriations, foreign relations, trade, and transportation. He replaces Scott Rausch who left the office to become the Peace Corps' deputy director of congressional relations.

Katie Bergh has left the Senate Agriculture, Nutrition and Forestry Committee where she served as a professional staff member for Sen. Debbie Stabenow, D-Mich. She has left the committee to attend graduate school.

Hugh Fike has left the office of Rep. Michael Cloud, R-Texas, where he served as the legislative director covering agriculture, natural resources, and energy issues. Abby McHan has taken over Fike’s portfolio and the issues he covered. He has moved on to the office of management and budget where he now serves as the deputy associate director for legislative affairs.

Amanda Hall has left the office of Sen. Jim Inhofe, R-Okla., where she served as the legislative assistant covering the portfolio for the Environment and Public Works committee, and internet and technology. Dan Hillenbrand has taken over the issues she covered and also covers agriculture, telecommunications, trade, and environmental protection.

Walker Truluck has left the office of Rep. Tom Rice, R-S.C., where he served as the legislative director. Chelsea Bacher has taken over as legislative director and covers the portfolio for animal welfare, energy, environmental protection, labor and employment, public lands, natural resources, science and technology.

Allison Johnson has been hired as the new legislative assistant for Rep. Mark DeSaulnier, D-Calif., covering the transportation and infrastructure portfolio. She comes to DeSaulnier’s office from Hogan Lovells US LLP where she served as an associate.

Jesús Espinoza now serves as the communications director for Rep. Susie Lee, D-Nev. He previously served as the press secretary for the Alliance for American Manufacturing.

Andrea Porwoll joins the staff of Rep. Rick Allen, R-Ga., as the new communications director. She previously worked as a public affairs officer at the Department of Homeland Security, Office of Public Affairs.

Brian Garcia is the new staff and press assistant for Rep. Sylvia Garcia, D-Texas. He previously served as an intern in Garcia’s office.

Craig VanBuren, Laboratory Division Director for the Michigan Department of Agriculture and Rural Development has been elected to serve as the chair of the National Conference on Weights and Measures for 2019-2020. The National Conference on Weights and Measures (NCWM) is a professional nonprofit association of state and local weights and measures officials, federal agencies, manufacturers, retailers and consumers, that protects both consumers and industry leaders from economic fraud.

USA Rice’s COO, Bob Cummings has retired from the organization after 20 years of service. He began his career as a trade analyst at USDA then became a senior economist and speech writer at the U.S. Trade Representative's Office. He joined USA Rice in 1999. 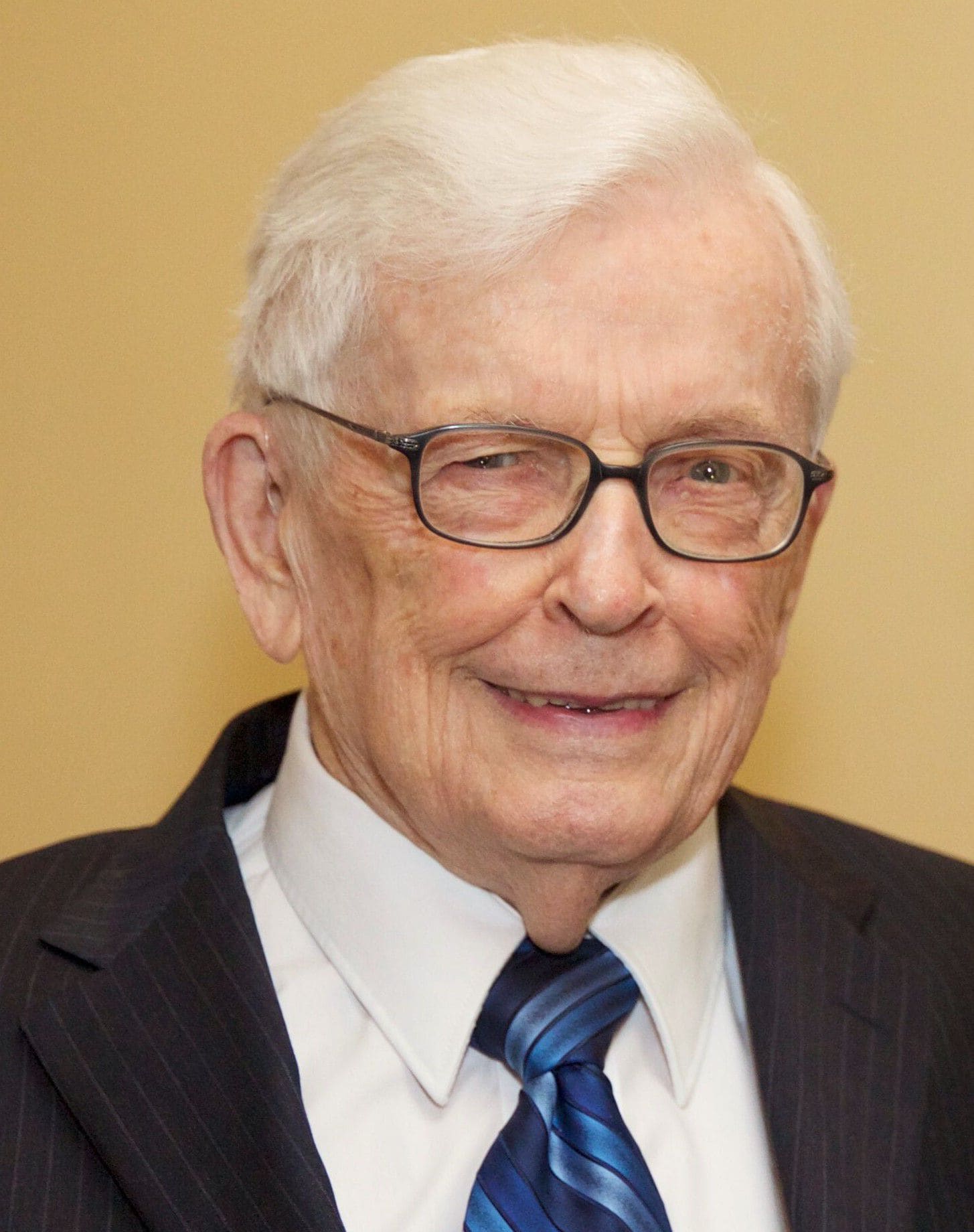 A lifetime advocate for sorghum, Bruce Maunder passed away at the age of 85. In his career, Maunder accepted a sorghum breeding position with DeKalb Genetics in Lubbock, Texas, in 1960. He became a senior vice president of DeKalb in 1991, and retired after 37 years in 1996. After retirement, he became a volunteer with the National Sorghum Producers for 20 years as a research adviser and served as the manager of the National Sorghum Foundation. He also served as an adjunct professor at Texas Tech University, as well as president of the Crop Science Society. He also served on the Sorghum Crop Germplasm Committee at USDA, and for 21 years, he was active with the USAID INTSORMIL program as chair of the external evaluation panel. Condolences may be sent to the family at 4511 9th Street, Lubbock, TX 79416.

Former Rep. Paul Findley, R-Ill., passed away from congestive heart failure. Findley was first elected to the House in 1960 and served for 22 years. He is most well known for his 1981 farm bill amendment known as the “Findley Amendment” which opened the floodgates to commodity price support subsidies. He died Aug. 9 at a hospital in Jacksonville, Ill. He was 98.