Secretary of Agriculture Sonny Perdue has selected Parag Chitnis as acting director of the National Institute of Food and Agriculture (NIFA) following the departure of Scott Angle. Chitnis brings over 31 years of scientific research and experience. He was named associate director for programs earlier this year and has led the implementation of NIFA’s research programs. Angle accepted a position as vice president of agriculture and natural resources at the University of Florida in Gainesville. Bryan Kaphammer, associate area director for the Agricultural Research Service’s Plains region, will serve as NIFA acting associate director of programs.

Marrone Bio Innovations tapped Kevin Helash to serve as its new chief executive officer, effective Aug. 1. He will also be appointed to serve as a member of the board of directors. Helash brings over 28 years of experience in the agriculture industry to this position, most recently working for Agrinos AS as the company’s CEO. Before that, he was a vice president and corporate officer with Agrium, which is now known as Nutrien.

Waterways Council Inc. has appointed Tracy Zea as the organization’s new president and chief executive officer, effective immediately. Zea most recently served as WCI’s vice president of government relations. He joined WCI as director of government relations in August 2015. Before that he worked on the House Committee on Transportation and Infrastructure.

The U.S. Grains Council (USGC) has brought on Ellen Zimmerman as the new director of industry relations. Zimmerman’s first day with the organization will be July 20. She comes to USGC from the American Seed Trade Association, where she was the director of internal communication and membership engagement.

Cory Wightman is now the global head of R&D communications for Bayer Crop Science. She previously was the global communications director for environmental science and vegetable seeds. Wightman has been with the company for 11 years.

Jessica Wharton has returned to Gordley Associates as a Washington representative. She previously worked for the Farm Journal Foundation as senior communications manager and before that worked at the American Soybean Association as a state policy and communications coordinator.

Brian Adam is now the branch chief for the Economic Research Service’s Crop Branch located in Kansas City. Before taking on this new job, Adams was a professor at the Oklahoma State University for the past 20 years.

Cole Staudt has moved out of the District and to the West coast of California. He previously worked for the American Farm Bureau Federation as a media relations specialist. AFBF has not yet hired a replacement.

Rep. Robin Kelly, D-Ill., has hired Julius West as her new chief of staff and Nicole Varner as the new health policy adviser and general counsel. Kelly has also promoted Matt McMurray from senior legislative assistant to legislative director covering the portfolio for technology/telecommunications, transportation and appropriations. West joins the team from the office of Speaker Nancy Pelosi, where he served as director of intergovernmental affairs and deputy director of member services. Varner previously worked in the office of Congressman Marc Veasey, D-Texas, where she served as his legislative director.

After 34 years, Maggie Ernst has announced she will retire from the National Chicken Council. Ernst most recently was senior director of meetings and member services. Before joining the council in 1986, Ernst worked for the governmental affairs office of American Cyanamid as the assistant director for environmental and EPA issues. Before that, she served as the communications manager and publications editor for the American Society for Microbiology.

Longtime attorney Patricia Sweeney will retire from McKee, Voorhees & Sease, PLC, law firm effective Dec. 31. Beginning her practice in 1985, Sweeney has the distinction of being one of the first female patent attorneys in Iowa. She joined Pioneer Hi-Bred International as an intellectual property counsel and became chief patent counsel before returning to private practice. She has over 35 years of experience in obtaining patent protection and counseling clients on intellectual property matters. Sweeney will transition her work over to Heidi Nebel, head of the Biotechnology/Chemistry Practice Group. Nebel has over 25 years’ experience in biotechnology intellectual property, with particular focus in agriculture and plant inventions. She is also a member of the USDA Plant Variety Protection Board. 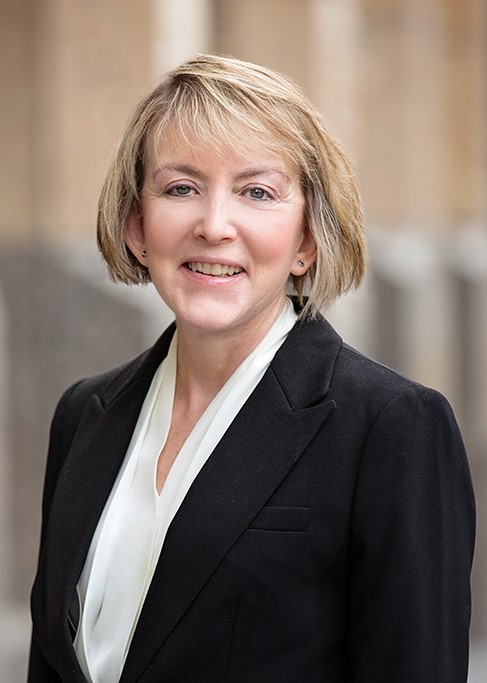 Randy Gordon, CEO of the National Grain and Feed Association, plans to retire from the organization next year. Gordon has been with NGFA for the past 43 years and as the association’s CEO for the last eight. The Nebraska native joined the organization in 1978 as director of information services and worked in various roles before becoming CEO in 2012.

The board of directors for AgReliant Genetics has named Paul Nselel as chief executive officer and president, effective immediately. Nselel began his career in the agriculture industry with Monsanto, where he held a number of commercial and strategy leadership positions in Eastern Europe and North America. He then moved on to Agrofresh Solutions, where he served as vice president and global general manager.

Brent Nelson was elected president of Plains Cotton Growers Inc. for the 2020-2021 year. Martin Stoerner was elected vice president and Travis Mires was elected secretary-treasurer. The immediate past president, Stacy Smith, will serve as chairman of the board.

Longtime rice grower Kenneth Collins passed away July 2, at the age of 65. Collins founded Biggs Farming in 1985 and spent 38 years in the rice industry. He was named the 1999 California Rice Farmer of the Year and served on many agriculture boards of directors, including Farmers' Rice Cooperative (FRC) where he served as the vice chair for the past 12 years.

David Sandretti passed away on June 22 from a heart attack. Sandretti was the director of legislative and public affairs for USDA Rural Development under Secretary of Agriculture Tom Vilsack. Before joining the USDA staff, Sandretti worked on Capitol Hill in many communication roles, including as communications director for Sen. Barbra Boxer, D-Calif., and communications director for the Senate Committee on Environment and Public Works under ranking member Sen. Jim Jeffords, I-VT. A memorial service is tentatively scheduled for July 22.

Charles "Chuck" Hilty died on May 30 of complications of COVID-19. He was 85. Hilty started his career in journalism as an associate editor for the Bluffton News, later becoming editor. He moved around the Midwest working as an editor for the Bloomington Pantagraph and night editor of the St. Louis Post-Dispatch. In 1978, Rep. Ed Madigan, R-Ill., convinced Hilty to move to D.C. to become his chief of staff. From 1984 to 1991, Hilty served as minority staff director for the House Committee on Agriculture. During the George H.W. Bush administration, Rep. Madigan was appointed Secretary of Agriculture and Hilty became Assistant Secretary of Agriculture for Administration. He was a big baseball fan and an avid photographer. One of his goals in life was to photograph every covered bridge in the United States. Contributions in Chuck's memory may be made to Foundry United Methodist Church, Washington, D.C., or to Bluffton University, Bluffton, Ohio, for the Carole K. Hilty Scholarship Fund.

Tom Urban, who served as one of the youngest mayors of Des Moines and helped revitalize the Des Moines Botanical Garden, passed away on July 10, after a fight with cancer. After graduating from college, Urban returned to the Midwest and took a job vaccinating chickens for Hy-Line Poultry Farms, owned by Pioneer. Over 30 years, Urban rose through the ranks and was appointed the CEO and chairman of Pioneer Hi-Bred, growing the company to a national and global scale, which earned him a spot in the Iowa Business Hall of Fame. After his retirement from Pioneer, Urban taught at Harvard Business School. A celebration of his life will be held at a later date, due to COVID-19. Those who wish to remember Tom in a special way are encouraged to donate to the Des Moines Botanical Garden in his memory.

Owen Newlin passed away peacefully on July 12. He was 92. Starting his career in 1955, Newlin joined Pioneer as a research assistant in the production department of the Central Division. He became production manager for the division in 1964 and served as president of the Central Division from 1967 to 1978. He was then elected vice president of Pioneer Hi-Bred International, and senior vice president in 1986. He retired from Pioneer in 1993. He served as a director of the company from 1963 to 1999. He was an active board member for many organizations including the American Seed Research Foundation, the American Seed Trade Association, and the U.S. Grains Council. He also served two six-year terms on the Board of Regents for the state of Iowa and was president for eight years. Newlin was instrumental in starting a corn checkoff fund in Iowa and later helping other states follow suit. Longtime Iowa farm leader Keith Heffernan said there was something unique about Owen’s involvement and leadership in agriculture. “Whereas many ag leaders move through the chairs and then disappear, Owen committed for a lifetime. Although Owen was in many organizations and efforts, I witnessed the value of his involvement at Iowa State University, the US Grains Council, the Corn Growers Association and FarmHouse Fraternity. In each case he continued to be a respected and valued player/ leader for his entire career and life as he was for the other causes and organizations he was involved in. If one was looking for an example of one person making a difference in agriculture and rural America, Owen would be at the top the top of the list!” Due to the pandemic, a virtual service via Zoom under the care of the Des Moines Valley Friends Meeting (Quaker) is being planned for the near future. A celebration of life is tentatively scheduled for the spring of 2021. In lieu of flowers, contributions may be made to the Iowa State University’s Seed Science Center Research Fund, United Way of Central Iowa General Fund, Unity Point Health Foundation Medical Education and Research Fund, and the Des Moines Valley Friends Meeting General Fund.