Environmentalists get a win – for an issue farmers already fixed

On Friday, the U.S. Court of Appeals for the Ninth Circuit reversed a lower court’s ruling on a lawsuit by environmental groups that involves a long-running water cleanup project in the San Joaquin Valley.

The decision finds that the district court had misread an exemption for the Clean Water Act. According to the opinion, the discharges in the project are not entirely from irrigated agriculture, which means the authorities failed to meet the standards for permitting.

The regional water board is in the process of renewing the permits for this project under its state regulatory laws. The decision could impose federal regulations onto the process but will likely not add regulatory burden to individual growers, according to Adam Laputz, assistant executive officer for the Central Valley Water Board.

The lead plaintiff in the lawsuit, Pacific Coast Federation of Fishermen’s Associations, praised the appeals court decision as a step in the direction for more heavily regulating discharges into the Sacramento–San Joaquin River Delta.

“This ruling will help protect the salmon and salmon fishing jobs that require a healthy delta free of toxic discharges from the San Joaquin drainage,” said Federation Executive Director Noah Oppenheim in a written statement. 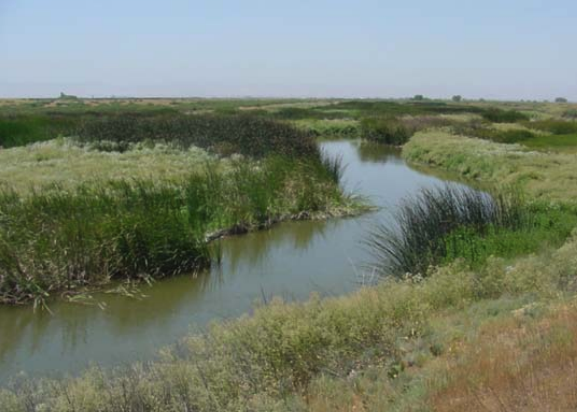 The U.S. Bureau of Reclamation had launched the Grassland Bypass Project in 1996 with the goal of eliminating selenium and other naturally occurring contaminants in the soil from being deposited into a 97,000-acre wetlands area buffering the San Joaquin Valley. The irrigation water is imported into the region through the Central Valley Project.

A heat-induced drought now, an ArkStorm next: Once-theoretical disasters are sending California farmers on a climate rollercoaster
Farmers switching to green machines get a rare windfall of incentives dollars

The bypass redirects the flows around the wetlands, through an area called the Mud Slough and eventually into the San Joaquin River. Through the regional water board’s permitting process, the project has now removed more than 90% of the selenium load coming from irrigation flows and is nearly complete, according to Laputz.

The Grassland permits expire at the end of 2019 and the board plans to update the permits to allow only stormwater runoff to be discharged through the bypass.

In 2010, the coalition of environmental and sportfishing groups were skeptical of the project and pushed the bureau to go further in regulating the runoff. They argued that fallowing 9,200 acres of farmland on the valley’s west side was the only way to keep the selenium in the soil.

The coalition then sued the bureau and a local water agency the following year. They claimed the agencies violated the Clean Water Act by inappropriately applying the special permitting exemption for discharges from irrigated agriculture. The lead counsel for the plaintiffs described it as “years of evasion of the Clean Water Act’s strict requirement for discharge permits.”

In September, a district court ruled against the plaintiffs, dismissing the lawsuit.

The Ninth Circuit Court, however, had a different interpretation of the meaning of "discharges from irrigated agriculture." Arguing the runoff was not exclusively agricultural and included discharges from a solar project, it reversed the lower court’s decision and ordered the court to reconsider the case in light of the new opinion.

It is unclear yet how the decision will impact the permitting process going forward for the regional water board. At its upcoming meeting in December, the board is likely to move forward with updated permits for the project that exclude agricultural runoff entirely, according to Laputz.

“(The growers and drainage districts of the Grassland Bypass Project) have done a phenomenal job out there of dramatically reducing selenium – and salinity discharge – by a huge amount, getting a key water quality issue under control,” he said.