Daybreak West: Enviros to pull out of Voluntary Agreements

Spurned by Newsom’s pledge to veto SB 1, enviros threaten to pull out of VAs

Environmental organizations involved in the Voluntary Agreement (VA) process have threatened to pull out of the negotiations if Governor Newsom vetoes Senate Bill 1. The six groups wrote letters to the administration and his cabinet expressing their “deep disappointment” in the governor’s decision to veto the broad environmental bill.

The organizations have been ramping up efforts, through email campaigns and op-eds, in the past week in hope of changing the governor’s mind. To mend that relationship, the governor has been ramping up other environmental efforts (below), including several actions on clean air last week.

The threat to pull out of the VAs echoes the same threat water agencies had delivered two weeks ago to urge legislators not to pass SB 1.

In a written response, California Farm Water Coalition Director Mike Wade said, “The VAs are the fastest and most durable way to improve water supply reliability and pay for the ecosystem projects that will help struggling fish populations. The alternative is a protracted legal process that won’t result in any new projects for years, if ever.”

One letter admits the state must complete its analysis of the VA proposal before having a discussion, while the other letter concludes that the flow and habitat assets are insufficient and the VAs “will fail.” The groups argue those assets do not meet the State Water Board’s 2018 water plan amendments. Birmingham points out those amendments are only staff recommendations and have not been voted in by the board.

He added that the groups “are attempting to frame this discussion in a way that if the discussions fail, it will be the fault of the entities – including the state and public water agencies – who are advocating for the (VAs).”

Birmingham said Westlands would “continue to diligently pursue the (VAs)” if the groups pull out.

Background: The Natural Resources Defense Council was a strong supporter of the bill. Birmingham said the group has always opposed the VAs and not taken part in the process.

“They knew that if SB 1 were enacted, it would kill the (VAs), which — I'm speculating here — may have been their purpose all along,” he said.

On the governor’s Water Resilience Portfolio, Birmingham said the VAs “are looking at the needs of the fish from a system-wide perspective, not a species-by-species perspective.” The portfolio is “attempting to do the same thing” to balance the competing demands for water. 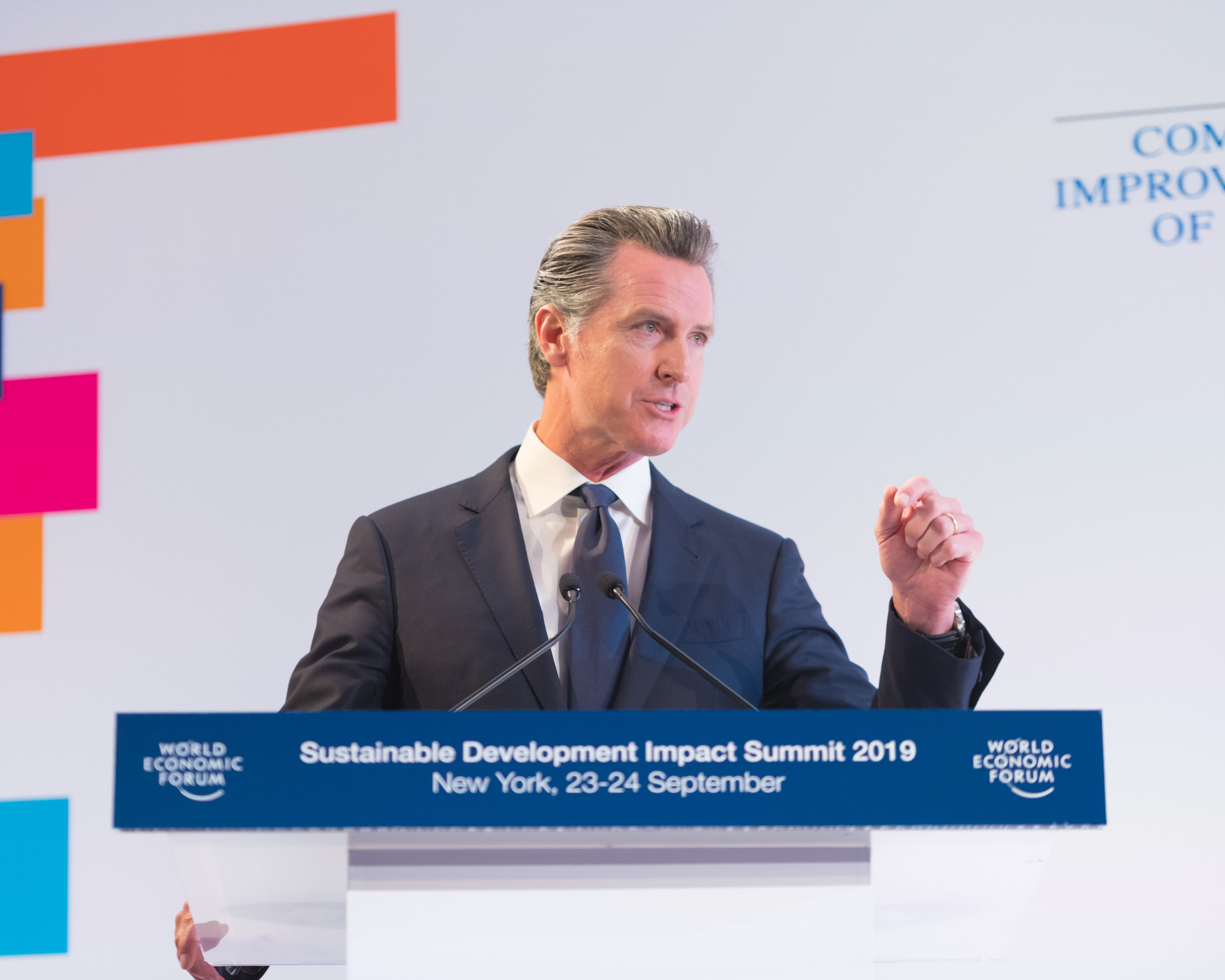 In his address, Newsom said California is putting environmental justice issues “front and center” by dedicating over half of the cap-and-trade proceeds to disadvantaged communities. He said his administration is taking this approach to not just the energy sector, but the industrial, commercial and ag sectors as well.

At the same time in Sacramento, a social justice advocate said too much state money has been going to agriculture. Phoebe Seaton of the Leadership Council for Justice and Accountability opened the discussions for a State Water Board hearing on drought preparation. The half-day summit served as a listening session for the governor’s Water Resilience Portfolio.

Seaton said because disadvantaged communities were excluded from the decisionmaking tables, “more funds, more support and more resilience went to the agriculture sector instead of the community sector.”

She also claimed Westlands, the nation’s largest water district, received funding for 15 wells from President Obama’s Reinvestment Act, while disadvantaged communities received none. Seaton did not mention the act also provided about $160 million for clean drinking water infrastructure in California.

Notably, the panel discussed urban, rural and agricultural water supplies, but did not include an agricultural representative. Also, the next panel consisted of three environmental advocates sharing their views on water policy.

CDFA has also been holding listening sessions, as it gathers feedback on its Healthy Soils program. Commenters have consistently brought up concerns about the paperwork process being too lengthy and complicated, disenfranchising many of the socially disadvantaged farmers the program prioritizes, while adding to staffing costs.

Others pointed out that designing a work plan for the program often relies on satellite imagery, which is challenging for farmers with poor internet access.

As if timed, CDFA then announced a new website to provide farmers with better access to information on grants, regulations and other resources, in multiple languages.

India - which does not produce pecans - has levied a 36% tariff on the nuts for years. Tariffs on other tree nuts, such as pistachios and almonds remain relatively low at 10%. U.S. pecan farmers have long railed against the unfair treatment, but their situation in the international trade arena has worsened because of the U.S. trade war. China, which purchased about a third of the U.S. crop, hit pecans with 47% in new tariffs last year.

“Lowering the tariff on pecans would satisfy the demand of the Indian people for additional varieties of tree nuts without impacting India’s virtually nonexistent domestic pecan industry,” the senators say in a new letter to Lighthizer.

Keep in mind: The senators are hoping to capitalize on President Trump’s good relations with Indian Prime Minister Narendra Modi. 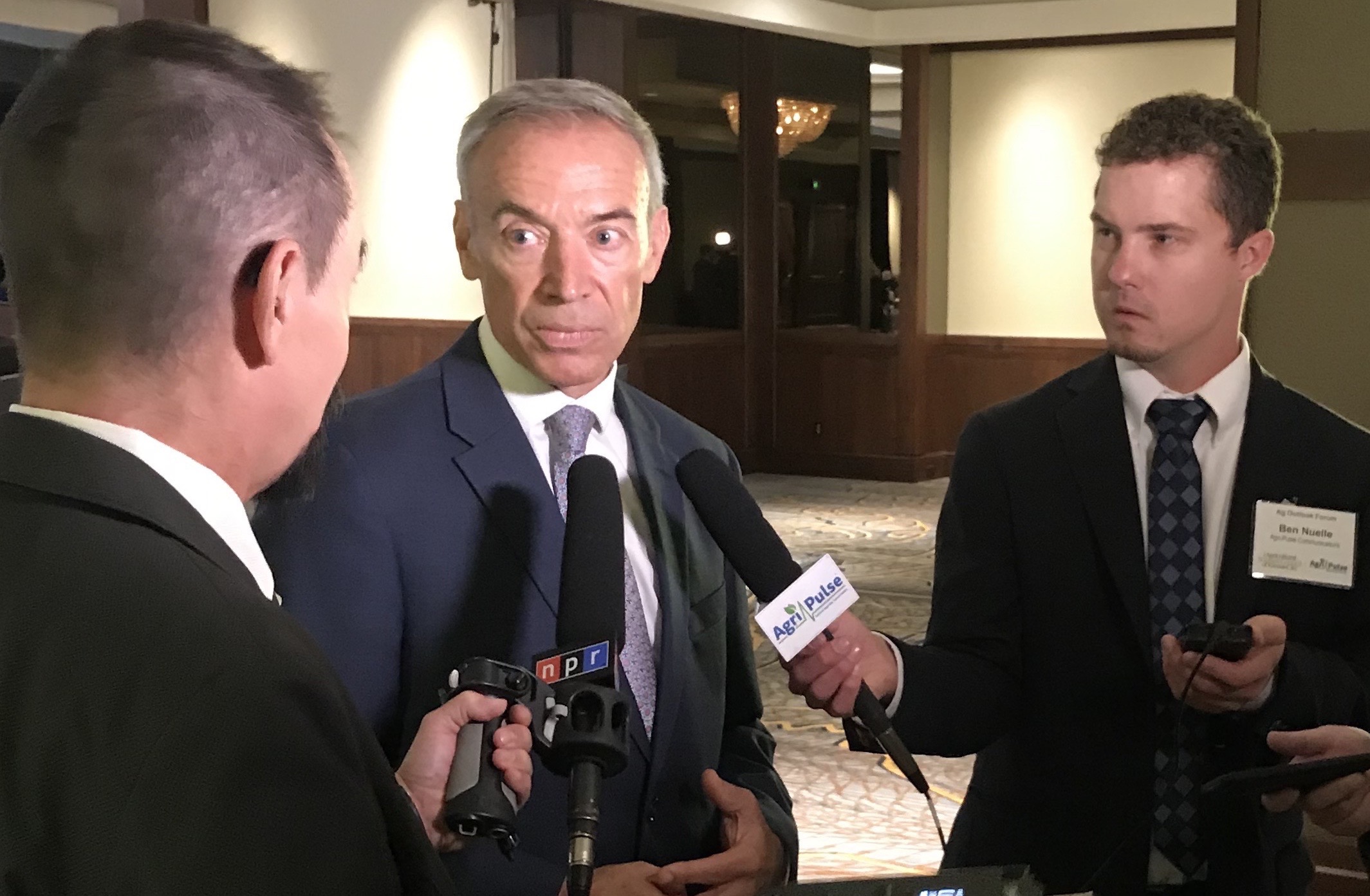 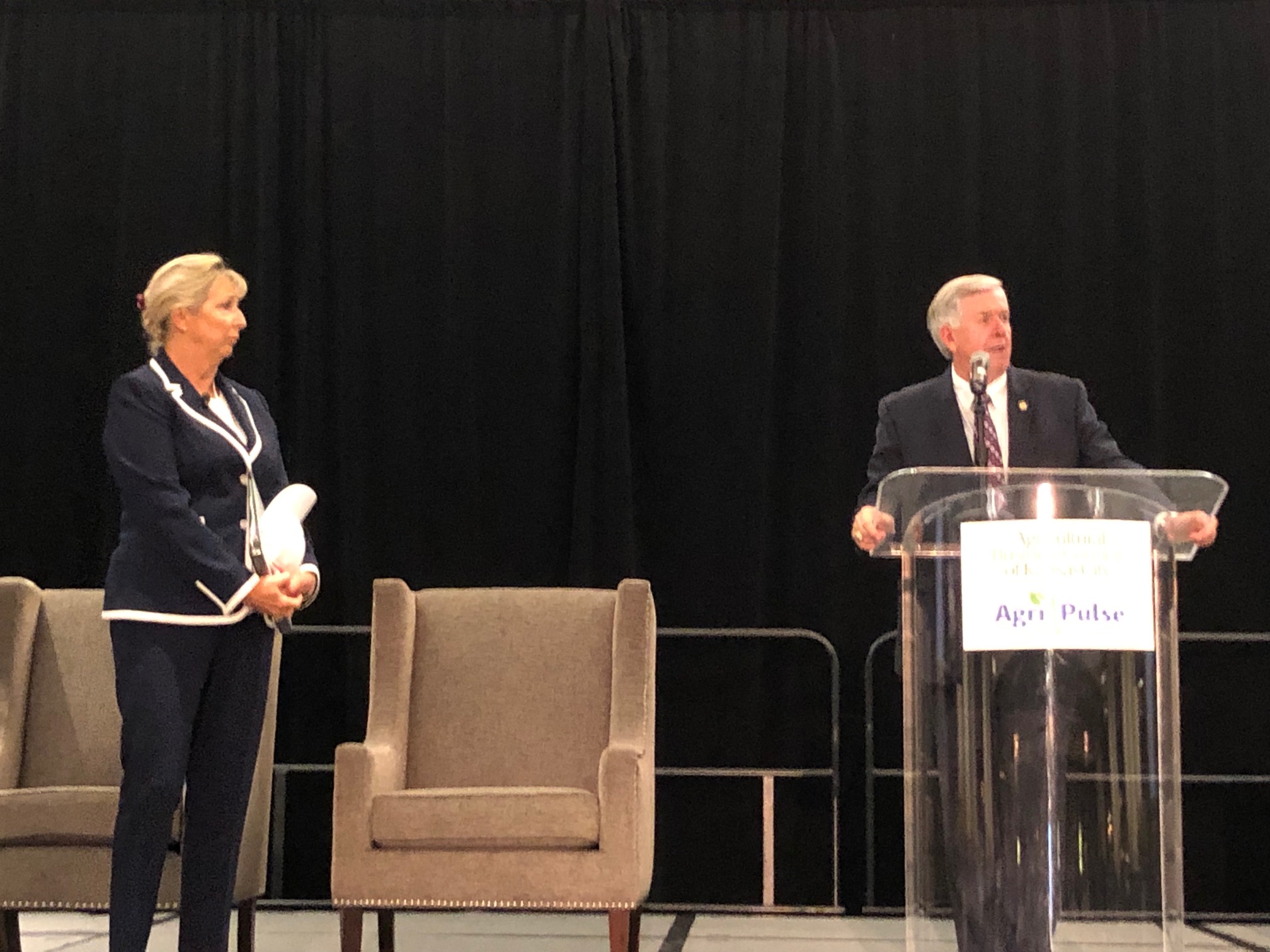 For more on the Kansas City forum, read our report here.

Glimmers of hope with China?

Chinese Vice Premier Liu He, the official leading China’s trade talks opposite U.S. Trade Representative Robert Lighthizer, will be back in Washington next week.

“We look forward to those conversations,” Treasury Secretary Steven Mnuchin said Monday on the sidelines of the United Nation General Assembly in New York.

Back in the market: Chinese buyers purchased anywhere between 600,000 and 1.5 million metric tons of U.S. soybeans on Monday for delivery between October and December according to press reports.

John Baize, an analyst for the U.S. Soybean Export Council, says reports that China relaxed import tariffs for the purchases make sense given a price spread that favored U.S. soybeans.

By the way: Trump is scheduled to meet Japanese Prime Minister Shinzo Abe Wednesday on the sidelines of the U.N. General Assembly and the two leaders could sign off on a trade deal.

“They’ve committed to buy a lot of agriculture, and they’re going to start, and they’ve started. And we should get them over there as soon as possible so they can start buying. But they have already started buying, as you know and as you’ve heard, a lot of product from our farmers, our ranchers. Okay?” – President Trump, upset that a planned trip for a Chinese delegation to Montana and Nebraska was canceled.