USMCA faces threats from all sides

House Democrats are still far from ready to ratify President Donald Trump’s new version of the North American Free Trade Agreement, but their demands represent just one of the threats to implementation of the updated trade pact that would keep most agricultural tariffs at zero.

The most important thing farmers and ranchers hope to get from the U.S.-Mexico-Canada agreement is some certainty in a turbulent world trade scene, but Trump continues to threaten Mexico with new tariffs, and USMCA has become an issue in Canadian elections where incumbent Prime Minister Justin Trudeau’s campaign is under siege.

Mexico is so far the only one of the three countries to ratify NAFTA 2.0, but it’s also facing a renewed threat from Trump.

U.S. farm groups like the National Pork Producers Council immediately warned of concerns that Mexico would retaliate, setting off a new trade war that would scuttle any hopes of implementing USMCA. But Mexico gave in to Trump’s demands and sent troops to its southern border to staunch the flow of migrants.

Those troops are still there. But Trump told reporters last week, “If Mexico stopped helping us, that (tariffs) would be immediately on the table."

In Trump's view, new tariffs would punish Mexico for not helping slow the flow of migrants and also help pay for the border wall.

“If I took 5% — 5% tariff for six months — that pays for the entire wall,” Trump said just last week. “At this moment, I don’t want to do that because I’m really happy with what Mexico is doing.” 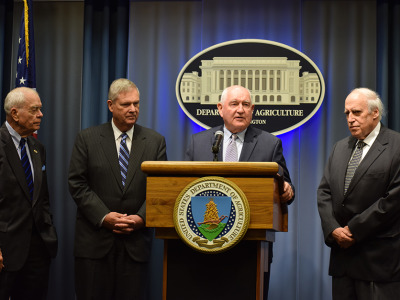 On the U.S.’ northern border, there’s another troubling sign for USMCA — or CUSMA, as the Canadians call it. Trudeau signed off on the pact that handed key victories to U.S. dairy producers at the expense of Canadian farmers and processors, but he might not be in power much longer.

Canada’s Liberal party and Trudeau, who is now embroiled in more than one scandal, will be competing in an Oct. 21 election against the Conservatives and Andrew Scheer, who portrays the new trade pact as a failure and embarrassment for Canada.

While U.S. politicians and dairy farmers applauded USMCA provisions to end Canada’s Class 7 dairy pricing system and increase Canadian access to U.S. products, they were not popular north of the U.S. border.

Dairy Farmers of Canada President Pierre Lampron called Trudeau’s willingness to give the U.S. greater access to Canada’s market “deeply troubling” during negotiations more than a year ago.

Trudeau, Scheer said this month on the campaign trail, “agreed to a cap on exports of dairy products to other countries unrelated to NAFTA. It’s unbelievable that he would agree to that.”

USMCA won’t be outright blocked from ratification if Conservatives win next month and he is elected the next prime minister, Scheer said, but also stressed that he would do his best to make strategic changes.

“We will inherit (Trudeau’s) failure and we will do everything we can in my term to fix the mess he came back with,” Scheer said.

Even if Canada follows through with ratifying USMCA, and the U.S. and Mexico do not plunge into a new tariff war, House Democrats in the U.S. Congress are still not close yet to a deal that would prompt House Speaker Nancy Pelosi to hold a vote on the pact.

“We have a ways to go, that’s for sure,” Rep. Jan Schakowsky, D-Ill., told reporters after a select group of House Democrats met last Friday with U.S. Trade Representative Robert Lighthizer. 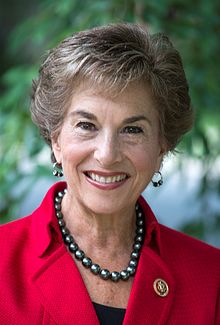 House Ways and Means Chairman Richard Neal, who leads the working group tasked by Pelosi to negotiate changes to USMCA with the Trump administration, stressed the two sides were still at odds over several key issues.

One of those issues is the extension of patents for biologic pharmaceuticals by Canada and Mexico in USMCA. It was a U.S. demand that was agreed to by both countries, but some House Democrats are adamant that it be removed. Schakowsky stressed that there was little room for compromise.