The Trump administration’s proposed overhaul of the H-2A farmworker visa program was billed as a benefit to farmers, who have rapidly increased their use of foreign labor. But industry groups, while they welcome a streamlined application process, say in comments filed with the Labor Department that the proposed changes to how wage rates are calculated could actually raise their labor costs. Tuesday was the deadline for comments to be filed.

According to an analysis by the American Farm Bureau Federation, the largest wage increases would fall on small and medium-size farms. A coalition of farmworker advocacy groups, agrees that wages for many workers would rise under the proposal.

The National Association of State Departments of Agriculture is asking the department to create an appeals process for farmers in regions where H-2A wage rates rise sharply from one year to the next.

For an in-depth look at the H-2A comments, plus the latest on the U.S.-China trade war and prospects for the U.S.-Mexico-Canada trade agreement, be sure to read this week’s Agri-Pulse newsletter.

A federal judge in California has ruled that a class action lawsuit may proceed against Nestle over its “Non-GMO” labeling on some milk products. The judge has denied Nestle’s motion to dismiss the case.

“The defendant’s seal could be misleading because the seal does not reflect the third-party verifier, and as alleged was the defendant’s own creation,” the court ruling said.

The judge also agreed with the plaintiff’s argument citing the Consumer Legal Remedies Act. Under this law, a reasonable consumer is not expected to “know how to inspect or judge a product or know the process of the products’ preparation or manufacture.” 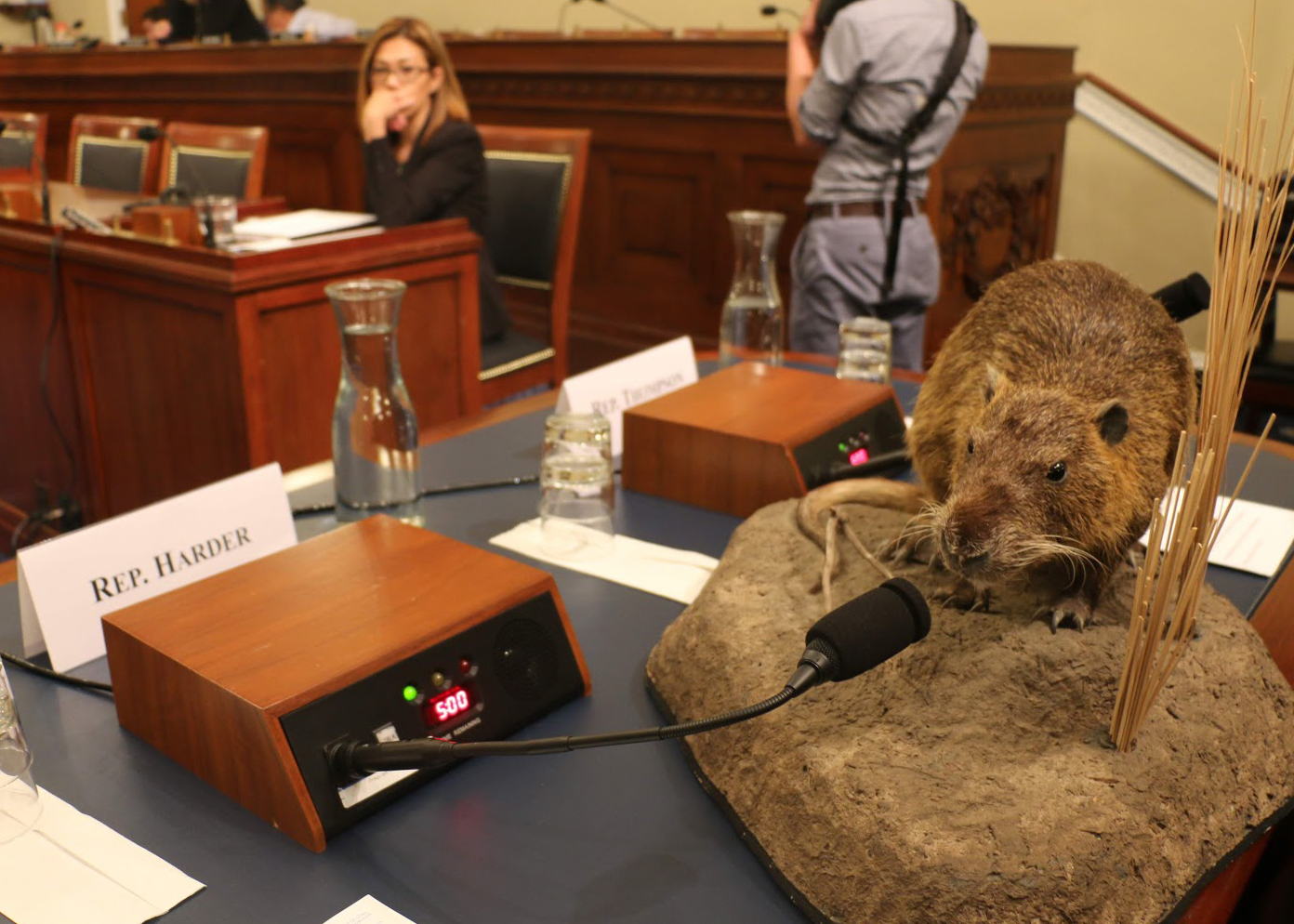 Rep. Josh Harder lets the nutria do the talking.

Central Valley Representative Josh Harder taxidermied a dead nutria and then brought it to Congress yesterday. He used the large yellow-toothed rodent, named Nelly, to bolster his case for funding a $7 million-program for eradicating the invasive pest in California.

The rodents cause heavy damage by burrowing into levees and irrigation canals. They can consume 25% of their body weight daily and produce 200 offspring a year. California eradicated nutria in the 1970s. Two years ago, they came back. If left unmanaged, they could number as many as 250,000 in five years, according to Harder.

Some Sacramento County farmers will soon be irrigating with recycled wastewater. Earlier this month, the State Water Board authorized the regional sanitation district to deliver 50,000 acre-feet of treated wastewater to 16,000 acres of ag lands and wildlife habitat.

The district previously discharged its wastewater straight into the Sacramento River. New upgrades to the treatment plant will expand its recycling efforts, once completed in 2023.

Ag groups and environmental groups have joined together in support of the project. The environmental law firm Somach, Simmons & Dunn called the approval “a significant boost” for the region’s recycling efforts.

Optimism is strong in the U.S. ag sector that President Donald Trump and Japanese President Shinzo Abe will announce a scaled-down trade pact today. But concerns are also rising that it won’t meet high expectations for new access to Japan’s markets.

U.S. government officials have already confirmed no new access will be given to U.S. rice farmers and Wisconsin lawmakers are complaining that the deal will keep many U.S. dairy products at a disadvantage to exports from European and other countries that already have a trade deal with Japan.

Details of the deal haven’t been made widely public, but it would ensure that U.S. cheese, butter, skim milk powder, ice cream and condensed milk would remain at a disadvantage to foreign competitors, Rep. Ron Kind, D-Wisc., and other dairy state representatives say in a letter to the USTR.

“The president has frequently promised that his negotiations would lead to the best trade agreements for our farmers, but that hasn’t been the case,” Kind said. “Instead, our dairy farmers are stuck competing on an uneven global playing field.”

US and India move toward trade deal?

The U.S. and India are aiming to quickly move towards some form of trade agreement, Trump said Tuesday after a meeting in New York with Indian Prime Minister Narendra Modi.

U.S. Trade Representative Bob Lighthizer has been working with his Indian counterpart this week in New York on the sidelines of the United Nations General Assembly and an abbreviated pact is almost complete, Trump said.

“We'll have the larger deal down the road a little bit, but we will have a trade deal very soon,” he said.

The U.S. has a major trade deficit with India, long criticized for its tariffs and domestic subsidies, the country holds vast potential to become a major importer of U.S. goods. Ted McKinney, USDA’s undersecretary for trade and foreign agricultural affairs, has visited India twice.

Keep in mind: TheHindu.com reported late yesterday that negotiations had already fallen flat. Among other things, the paper reported that the agreement “unraveled due to the failure to reach an agreement on information and communications technology (ICT) products” 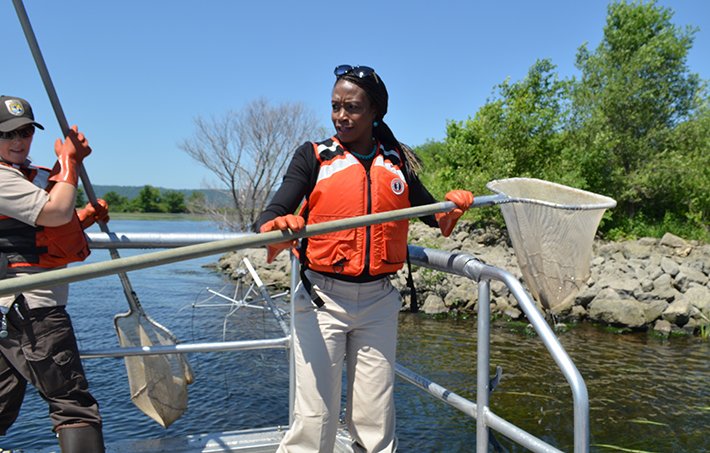 The Senate Environment and Public Works Committee is expected today to approve the nomination of former Monsanto executive Aurelia Skipwith to be director of the Fish and Wildlife Service.

Skipwith, currently deputy assistant secretary for Fish and Wildlife and Parks at the Interior Department, was with Monsanto from 2006 through 2012, serving as sustainable agriculture partnership manager and as a molecular analyst.

She would be the first African-American to serve as FWS director.

“Restaurants and farmers need each other, and we all need the USMCA to assure the continued strength of the food chain.” - California Farm Bureau President Jamie Johansson, in a statement with chefs and restaurants calling on Congress to pass USMCA.