Farmers and ranchers will again be seeing a moderate bump in their water fees. The difference is to make up for a budget shortfall for a program under the State Water Resources Control Board. While the rates are similar to previous increases, the more painful impact is felt in the cumulative cost of compliance that have added up since the regulatory fees began more than a decade ago.

Ag groups and water agencies are now pushing the state for more accountability with the programs' Water Rights Fund, while urging the administration and lawmakers to overhaul the system for the fund.

Last week, the Water Board approved a series of annual fee increases. The fee for the program regulating water discharge from agricultural lands will increase by up to 13%. The program fee for confined animal facilities (CAFs) will rise by 9.5%.

Bob Gore of the Gualco Group, which represents several irrigation districts as well as winegrape growers, noted that one of his clients will pay an added $20,000 annually based on a seemingly small three-cent increase in the Agricultural Lands fee.

The board raised the fees to cover the costs for staff and operations in implementing the water quality program. Ag Lands is running a projected deficit of $815,000, with the new emergency fee regulation bringing the total current budget to $7.8 million. CAFs would be short by $477,000 without the fee increase. Its budget is now projected to be $5.5 million.

During the Water Board hearing, staff presented a last-minute proposal to supplement lost revenue in its cannabis program by increasing fees in the ag programs. The state had anticipated far more cannabis growers enrolling in the water quality program, but several counties banned cultivation altogether. Now, the program is facing expenditures of $18 million while the fee revenue will be just $5 million.

While the staff did not actually recommend the proposal, they did not present another way to cover the programming costs. Gore and others stood in heavy opposition to the “September surprise.” 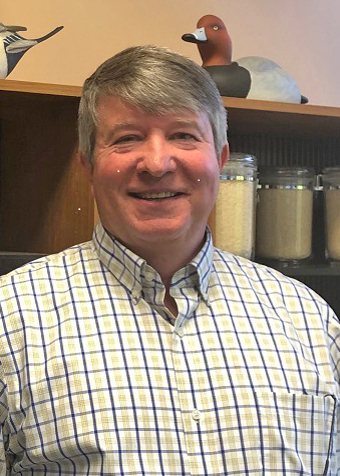 “I had repeatedly asked at public hearings and been reassured by staff that there would never be any commingling of the cannabis program with any of the other eight water quality programs, including ag,” he said.

The board agreed and decided not to approve the cannabis plan

The approval for the Ag Lands fees, however, wraps up two years of occasionally heated negotiations. The result was a new fee structure that better allocates costs based on the size and type of the operation. The aim was to factor in the actual staffing time spent on the individual regulations. Most farmers will fall under the Tier A category, with a 13% increase, while rice growers, along with those in managed wetlands and ranchers on irrigated pastures that don’t apply nitrogen, will see an increase of about 12%. The approach also adds more flexibility for regional water boards, which have additional permitting programs that must fit into the State Water Board’s fee structure.

Despite the slightly lower rate for his members, California Rice Commission President and CEO Tim Johnson called the new fee structure a “fair and transparent approach,” but added that it “represents significant compromise on behalf of the agricultural community.” The fee raises have increased over multiple years, including an increase of 8.9% for Ag Lands and 16.9% for CAFs last year.

The difference between the two tiers is just a few cents.

Learning and tracking regulatory requirements are one of the top costs, he notes. Another is the actual work of monitoring and reporting. Fees are a secondary cost in a farmer’s budget.

The State Water Board also approved fee increases for water rights permits by 16% for the per acre-foot charge. The annual fee will also increase by 33%, to $300. Two years ago, that fee was $75. Overall, the fees for the water rights program have risen by 75% over the last decade.

The increase in water rights fees also impact agricultural water districts. One district representative said his organization will see an extra $62,000 in fees this year.

As more staff are added and salaries go up, the fees have steadily increased each year. Two years ago, the Legislature also passed a measure that added to the fees the costs for pension benefits through the California Public Employees' Retirement System. Each year, new legislation directs the Water Board to take certain actions with programs like these, leading to more fee increases.

Representing the broad sentiment of the many stakeholder groups, Gore said during a stakeholder meeting that they wanted to “put a stake in the ground and find out where our fees have gone over the last decade.” The coalition’s request for an audit of the programs, however, was rejected by the Joint Legislative Audit Committee.

The Legislature, after all, enacted the fees to begin with.

When the recession hit the state’s budget in 2009, the Legislature cut off taxpayer support from the General Fund for agency programs like these. The Water Board and other agencies had to rely on fees to support the regulatory programs. The water quality programs were smaller then, focusing specifically on the impacts of agricultural waste discharge from surface water into ditches, creeks and rivers. The program has since expanded to include groundwater monitoring.

Tim Johnson said the coalition is also pressing the administration and lawmakers to return the Water Board programs to the General Fund, arguing the programs provide a public benefit to all and the burden should be shared broadly. The coalition is also working with staff to reduce the compliance load. This could be by reducing the frequency and types of water quality tests and reporting, especially for those with a clean track record. Gore said Water Board staff have been receptive to the request.

“They claim to be aware of the need to do things with existing resources,” he said.

For CAFs, J.P. Cativiela of the Dairy Cares coalition said the program needs a better accounting of time for the staff working on dairy. He said some have been working in the bovine and poultry programs as well.

“We’re concerned that the overall costs to the program go up, while the size of the regulated community goes down,” he said.

The industry has seen about 500 dairies close over the last decade.

Another challenge is that the Water Board anticipates agriculture to grow by 200,000 acres per year, according to Gore. With the plans for the Sustainable Groundwater Management Act going into effect in a few months, the geographic makeup of agriculture may change dramatically. The Public Policy Institute of California estimates at least 500,000 acres of ag lands must be fallowed in order to reach the sustainability goals by 2040. With business as usual, that number could more than double. The current fee structure would mean the fees will be spread among fewer operations, increasing the cost proportionally as has happened with CAFs.

The expectation at the Water Board has been that revenues will increase for the foreseeable future. More of the regional water boards are beginning to enforce groundwater quality through the statewide permitting process, adding more regulated entities to the mix.

The battle over fees will be a continuing challenge in adapting a broad fee to ranchers and farmers representing more than 400 commodities and 200 soil types.

Johnson does see a silver lining to the heavy regulatory requirements though.

“On the export market,” he said, “California products are seen as being very trusted, very clean and very environmentally responsible, because they're grown in a state with all of this regulation.”