The State Water Resources Control Board repeated an annual ritual last week of increasing regulatory fees for farmers and other stakeholders while decrying legislative actions that leave no other options for raising revenue. An agricultural coalition has been pressuring the Newsom administration to approve taxpayer dollars to support the programs and their broad environmental benefits.

J.P. Cativiela, the environmental affairs director at Dairy Cares, calculated water board fees have risen for his members 130% since 2012, about the time when the board switched to a fee-based revenue structure. The price of milk, meanwhile, grew just 3% over the same period.

“It may be the very best thing in the world. But if it costs too much and we can't afford it, it doesn't really help us,” said Cativiela, sharing widely felt frustrations across the industry that the high fees have hindered the effectiveness of the regulatory programs. 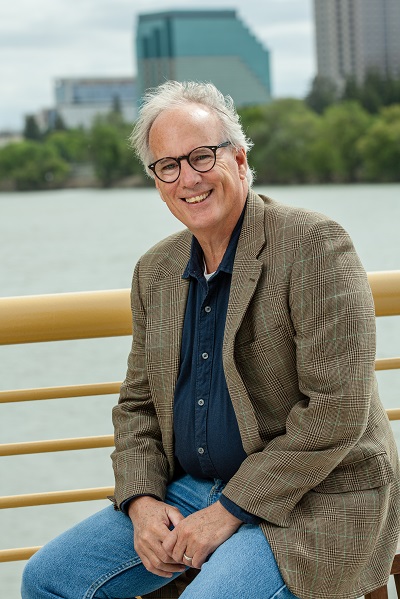 The fee increases come as farmers invest in new requirements for salinity and nitrate control and winery discharges, along with rising costs from other agencies as well as for electricity, fuel, labor and cattle feed. Roger Isom, the president and CEO of the Western Agricultural Processors Association, pointed out that the biggest impact to the industry, the minimum wage increase, will add an 88% increase when it takes full effect next year, a rate still far below that of the board’s fee increases.

Several commenters keyed in on a new finding that regulatory costs rose 265% for growers in the San Joaquin Valley over a six-year period ending in 2018. Lynn Hamilton, an agribusiness professor at Cal Poly San Luis Obispo, shared those results and her new paper at the Agri-Pulse Food & Ag Policy Summit West in July.

Following the discussion, the board approved a waste discharge fee increase of 17% and bumped fees more than 15% for confined animal and agricultural lands programs. The water rights fees rose another 10%.

Board Chair Joaquin Esquivel sympathized with the agricultural stakeholders and the impact on small businesses from the fees. He was open to collaborative efforts to reduce those costs and to add some flexibility to the payment schedule. But he struggled with finding a simple solution for a complex problem that returns to the board each year despite the best efforts of staff and stakeholders.

“The Legislature and the governor's office go through all sorts of public negotiation to set positions and direction to this board,” said Esquivel. “We then turn around and set fees to implement it.”

He feared a “second bite at the apple” would erode that direction from the two branches and called it an important leadership discussion for the Legislature. Agriculture board member Dorene D’Adamo recognized the agency should carefully frame that discussion for lawmakers for any progress to occur.

“I've been following these issues for a number of years and just doing a lot of hand wringing. There's only so much that we can do within our jurisdiction,” said D’Adamo. “We will be working with [stakeholders] on how to better characterize these very significant challenges and tee up the policy discussion for the administration and for the Legislature … So that the decision-makers — the real decision-makers — can exercise their authority over any changes.”

Bruce Houdesheldt, who directs regulatory affairs at the Northern California Water Association, posed it as a question of how much the public should pay for environmental benefits. The association, he said, has paid the largest share of water quality fees, since it oversees about 1.3 million irrigated acres in the Sacramento Valley, amounting to about 21% of the cost share, or $1.4 million annually.

“I've got a simple solution,” said Houdesheldt, as he argued that the bulk of the increases come from staff benefits and compensation, which should be general taxpayer fund obligations since those costs do not directly improve water quality.

A bright future for nut growers, despite rising costs in California
Water board fees add more costs to growers, as disasters and regulations mount up

He was surprised stakeholders are also shouldering the costs of pay increases and the removal of furlough savings in a year with a historic state surplus and worried that would take money away from implementing nature-based solutions like investing in cover crops or other soil health practices.

Houdesheldt and Agricultural Council President Emily Rooney pushed for a deferment on fee increases, owing to the shortage of acres in production during the drought and a continued downward trend as plans are implemented for the Sustainable Groundwater Management Act. Rooney also requested a deeper dive into the budget and the fee process as a whole.

“There doesn't seem to have been, at least in the last decade, a real strategic review to analyze what's working or not working in the process,” she said, recognizing that the fee division has come a long way in providing transparency and engaging with the stakeholder community. “But it's been my personal observation that they're almost siloed from program development and implementation.”

She explained how CDFA and regional air districts have more meaningful engagement at the programmatic level and take a more collaborative approach to regulatory implementation. Isom elaborated on how the San Joaquin Valley Air Pollution Control District has raised permit fees just 15% over the last decade but has been the first in the nation to achieve federal attainment status for ozone, PM 10 and soon PM 2.5 standards.

“Not only do they minimize the fee increases, they've actually improved the air quality dramatically,” said Isom. “It really comes down to the performance metrics.”

Bob Gore, a policy advocate for the Gualco Group, noted the Porter Cologne Act, which granted the board its current regulatory authorities, is now 50 years old and with drastic changes in water resource management under the drought, “it's a good time to realign things.”

Chief Deputy Director Jonathan Bishop cautioned that any changes could come at a cost elsewhere. Adding more flexibility for smaller farmers would add more staff time and further raise the fees. He added that the regional water boards implementing the programs have long searched for more efficient ways of working.

“It's not like they have been ignoring this issue,” said Bishop, adding: “It's not really our place to dictate how they internally manage their staff.”

Board members acknowledged the frustration from all sides as well as the general cohesion in wanting to find solutions.

“Having a fee-based system entirely really hamstrings us in our opportunities to do more innovative things,” said D’Adamo.