Home » Eight questions for the Dairyman of the Year
WEST

Eight questions for the Dairyman of the Year

Stephen Maddox is passionate about his cows, and it shows. In early October, he was crowned the 2019 Dairyman of the Year by the World Dairy Expo, in recognition of his commitment to the industry and his leadership in several trade organizations.

Maddox runs a large and diverse family dairy operation in Burrell, Calif. RuAnn and Maddox Dairy includes 3,900 cows, 4,000 head of heifers and 1,200 head of breeding bulls, as well as 1,600 acres of almonds and 3,000 acres of winegrapes

“If you love cows, you're my friend,” he told Agri-Pulse at the expo, an event he described as feeling “like a family reunion.”

Well, I also have almonds and winegrapes on my farm. But all the nuts and fruits in California aren’t on my trees and vines. Unfortunately, many of them are activists that are attacking us on a variety of levels, whether it's animal welfare, whether its environmental issues and all that

In California, you're getting close to four generations not having any relationship to a farm.

We try to get them out to the farm or bring the farm to them. Our dairy council in California has a wagon with a cow and a calf on it that they take out to the schools to give people a taste of what it's like.

Most people don't understand how in-depth and businesslike we are, how much testing we do with the soils, how scientific we really handle our businesses. They're still thinking we're standing out in the yard with a pitchfork.

I signed up for it. Looking back, because the whole farm bill was so delayed, it was almost a guaranteed payoff this year.

Full disclosure, I was one of the people originally from the Holstein Association that pushed the Margin Protection Program that was developed by two economists (Mark Stevenson of Penn State University and Charles Nicholson of the University of Wisconsin, Madison). We were able to have National Milk (Producers Federation) pick up and carry the ball over the goal line.

The difficulty was that the growth management plan, which was a temporary on-and-off production control that kind of tempered the overproduction, didn't survive (Former House Speaker John) Boehner. He also torqued the formulas.

The bad thing and good thing about government programs is they never go away. What we were able to do with this Farm Bill was to correct it and make it more user friendly and more applicable. It's really geared for the small farms. With the economies of scale, larger farms shouldn't need it. The strength and the heart and soul of our dairy industry is our small farmers.

The Margin Protection Program was so bad, the government realized that they actually reimbursed your premiums. It's not too often the government admits 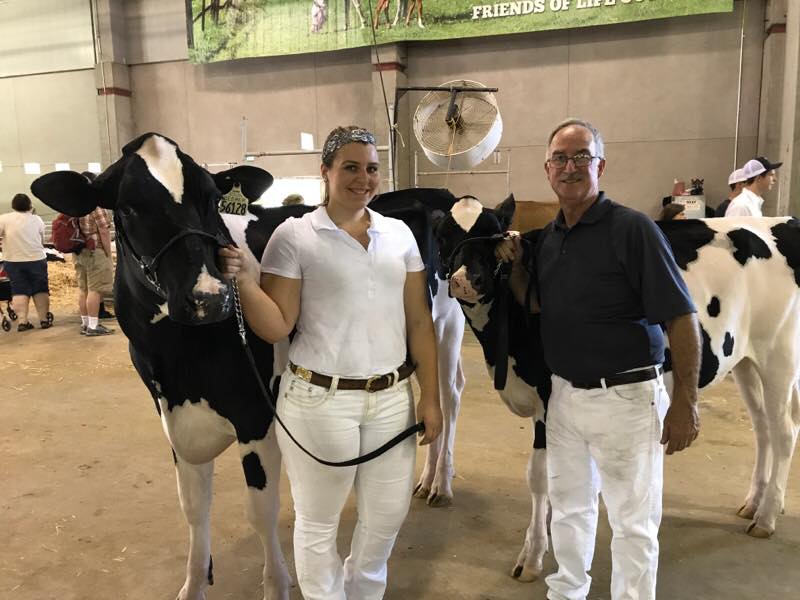 that they made a mistake.

(Dairy producers) can do what they want. Here's a chance for recouping some of the monies that they put in a program that was flawed.

There's strength in numbers. We need to have enough liquidity in this and enough participation to be able to keep it ongoing. Yes, if there's a shortfall, we need to still correct it. But it's just like crop insurance, you need to go forward.

Once they're gone, we're beholden to people who may not even be in our state or country.

You’ve got to realize that the number one butterfat market in the world is the United States. But just like our cheese, we have a waste stream market. We need to sell our powders. Our skim milk powder and our nonfat dry milk powder are actually converted to skim milk product. That's what the world market wants.

China has a large need for dried whey to feed their baby pigs. Right now, they're trying to rebuild their pig population, because over half of the pigs were killed in this little disease issue, which is helping us export some pork that way.

But 30% of our exports from the United States on dairy products goes to Mexico. We didn't lose that too much, because we shared the additional tariff with the Mexican buyers to alleviate that.

We've really pushed to exporting to the countries around China. China likes to have a diversity of products. With the E.U. getting rid of their quotas, they had a lot of products that their government was buying, and they're still dumping those out into the Far East.

With the Ukrainian embargo, normally a lot of the lower-quality excess products went into Russia. And now it's not. That product is now finding a way into our markets in the Far East. But that's rapidly fixing itself.

It's a slam dunk. It's so much better than the old NAFTA deal. But everybody's trying to make their little mark and it's so partisan. In Washington, D.C., right now, it's disappointing. One of the least-partisan committees for years has been the Ag Committee. Now even that's getting partisan.

We have a large land base, obviously, with what I've got and we're able to spread the effluent. We do our soil testing, our water testing, effluent testing. On our corn and our alfalfa, we’re able to grow those crops without any commercially purchased fertilizer. But that's me just being more efficient on that end.

The excessive reporting of air quality and water quality is a little tedious. We have three different Air Boards we have to report to in California. We have two Water Boards we have to issue (permits) with. Now our state's trying to control our groundwater. We’re the only one of the western 13 states that the state doesn't control the groundwater. We're trying to be better stewards of that, with water banking and the like.

The key to being sustainable is that number one is profitability on the farm. Number two is providing for the next generation. Coming of age during the '70s, I remember the first Earth Day. We all want to leave the world a better place. The original environmentalists were dairy farmers, because we had to spread the cow manure somewhere.

Yes, there's an expense. But there's ways, if you do it properly, that it'll basically follow the bottom line and be a positive.

We're down to 37,000 dairy farmers across United States. With my registered cattle, those are all customers indirectly. Every dairy farmer who goes out of business is heartbreaking and I feel for it. Some of it is generational, with the next generations not coming in.

We're going to have a smaller base of dairy farmers. We still need that diversity of opinions. Of course, as they say, if you have two dairymen, you have three opinions

It's going to get more challenging. We're getting some pushback against the environmental activists right now, because they're finding out we have many dairies that are very close to being carbon neutral, if we can figure out the transportation. Dairies are accounting for 4% (of global greenhouse gas emissions), while transportation is five or six times that. The potential is there.

Genetically, we're going to get better performing cattle, hopefully that are more resistant to diseases and health issues. We need to reduce our antibiotic treatments and some hormones we’re using. That's the direction we're going.

Dairy Management, Inc., our national dairy promotion board, has a 2030 plan. We're trying to project out 10 years so that we can preload our research and emphasis, to take advantage of market changes and be ready to be very proactive on directing industry and keeping our competitiveness, our forward thinking and our profitability in the industry.