A new regulatory proposal would require growers to supply more lighting when operating at night. The Occupational Safety and Health Standards Board will also set measurements for exactly how much lighting an employer should maintain for worker safety – while avoiding a “blinding glare” that could also lead to accidents.

A labor group representing farmworkers pitched the regulation to the board in 2014, saying that headlamps and lighting from harvesters wasn’t enough.

In an April hearing on the proposal, the California Association of Winegrape Growers, or CAWG, called the regulation “vague and inarticulate,” saying it would require a vineyard “to be lit up like a football field.” The Poultry Federation argued it would agitate birds and lead to injuries. The California Farm Bureau said workers riding on a harvester was a one-time incident that was illegal. It was also concerned over the costs for the rechargeable lights the board recommends.

Diesel generators for lights, however, require permits, and the types the state allows are expensive. The groups called the board’s calculation of costs “grossly underestimated.”

The board then released its proposed modifications last week. CAWG now argues the board “ignored” its concerns and made the regulation “even worse.” The group is urging growers to send their concerns to the board before the comment window closes on Oct. 18. The board plans to vote on the measure by the end of 2019.

Monitoring by drone may be state’s next air quality research

The Air Resources Board hosted a roundtable discussion last week to solicit research ideas from industry, agency staff, academics and environmental and social justice advocates. The feedback will help guide the regulatory agency’s research goals for next year.

Dairies, already one of the most heavily regulated sectors for air quality, may see new technologies for monitoring methane emissions. This could mean adding more planes and satellites to the fleet or even deploying drones, according to the pitches.

With pesticides, one group wanted to “reduce exposure of farmworkers to pesticides, heath and diesel emissions,” according to Alvaro Preciado, a councilmember for the city of Avenal. This could be by improving technologies to measure pesticide drift and add better notification systems for nearby residents. The group also suggested research into the “toxicity of chemical mixtures and cocktails.”

ARB will also use the feedback to update its Triennial Strategic Research Plan next year. 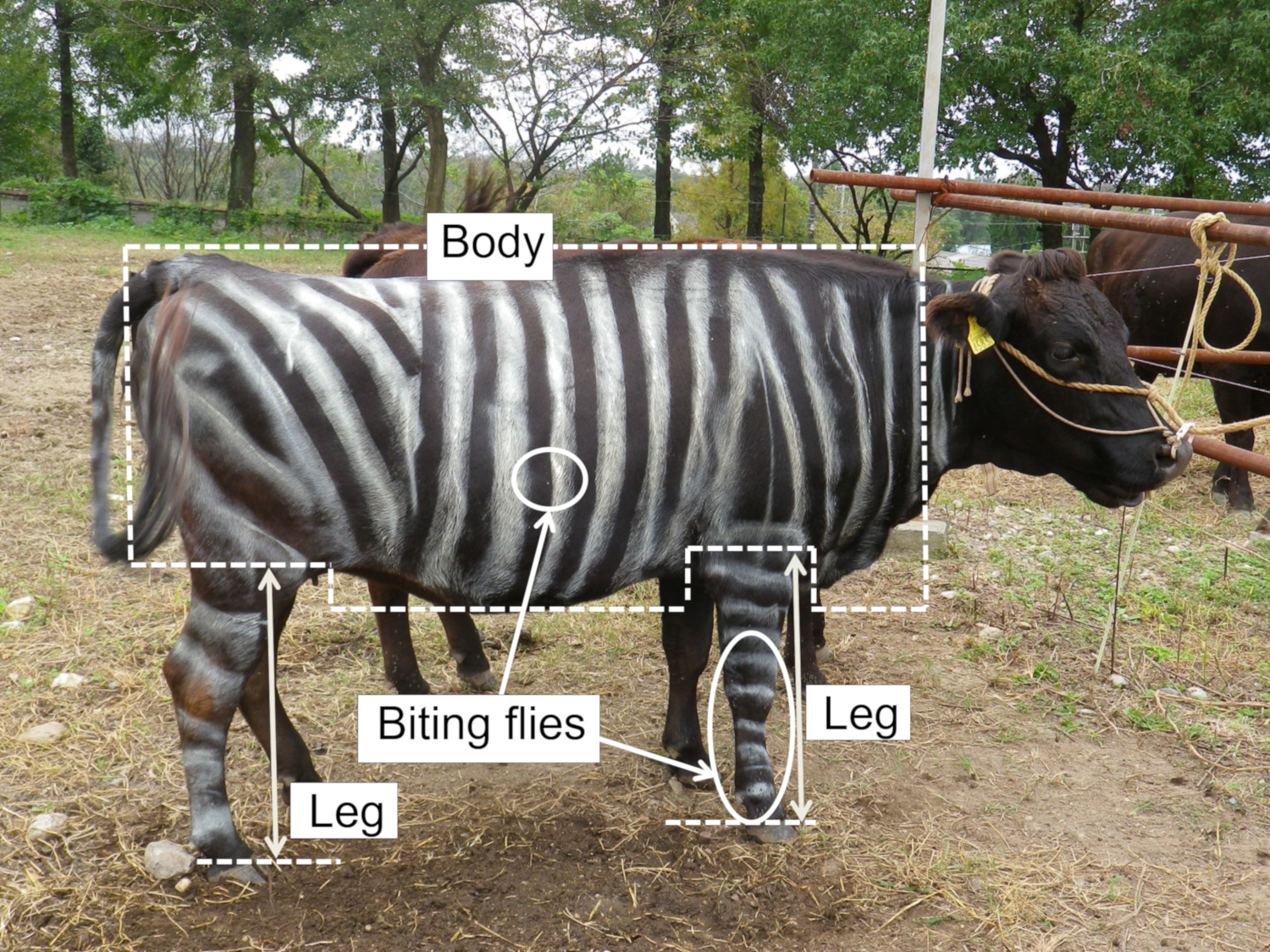 Japanese researchers have discovered that painting a cow with stripes can drastically cut down on the number of biting flies. Note the researchers, however, did not disclose if lion attacks increased.

EPA based its conclusion on Parkinson’s “on mixed findings in both the [Agricultural Health Study] cohort and other study populations. These studies may all be subject to uncertainty due to limitations in their design, exposure assessment approach, and potential for bias.”

The Center for Biological Diversity swiftly criticized the Parkinson’s conclusion. “EPA’s analysis discounted considerable evidence that paraquat has been shown to more than double the risk of developing Parkinson’s disease in farmworkers and others suffering occupational exposure,” the group said.

The assessments carry a 60-day comment period and are part of EPA’s registration review of the widely used herbicide.

Pelosi still not yet ready to support USMCA

House Speaker Nancy Pelosi said Tuesday night she still does not have enough assurances from the Trump administration that it will be able to enforce the labor and environmental provisions that Mexico agreed to under the U.S.-Mexico-Canada Agreement.

“All through the break and continuing this week, we’ve been working on the (USMCA) and we hope to be on a path to yes,” she said. “We’re still waiting for assurances about enforceability … because you can have all the good provisions in the world, but if you can’t enforce them, you’re just having a conversation.”

Biotech companies and the farmers who use their seeds could be among the biggest winners from a tentative trade deal with China, assuming the agreement gets finalized the way the industry hopes.

No details were released on exactly what China agreed to, but the U.S. has been pushing China for years to speed up its approval process for ag biotech traits. The basic problem is that China doesn’t start its review until other countries have finished theirs.

“China’s regulatory system is broken, and the delays are costing U.S. farmers and the economy billions of dollars, so just fixing this issue would be a tremendous win,” said Andrew Conner of the Biotechnology Innovation Organization.

For more on what the China deal could mean for U.S. agriculture, check out Agri-Pulse’s weekly newsletter, hitting inboxes this morning.

On Capitol Hill, House Democrats are expected to grill a senior USDA official about the Trump administration’s trio of proposals to shrink the size and cost of the Supplemental Nutrition Assistance Program. Brandon Lipps, USDA’s deputy undersecretary for food, nutrition and consumer services, is scheduled to be the lone witness before the House Agriculture Appropriations Subcommittee.

One subcommittee member especially worth watching today: Connecticut Democrat Rosa DeLauro, a fierce critic of USDA who has already announced that she wants to succeed retiring Appropriations Chairwoman Nita Lowey.

Elsewhere: The World Food Prize symposium gets started today in Des Moines, and several reports are being released in conjunction with it.

A second report makes the case for how U.S. consumers benefit from the $1.4 billion in foreign agricultural aid provided by USDA, USAID and other agencies. Among the U.S. benefits: U.S. aid prevents the spread of diseases and toxins and reduces international migration. American consumers also get access to tropical foods and off-season fruits and vegetables produced in developing countries. 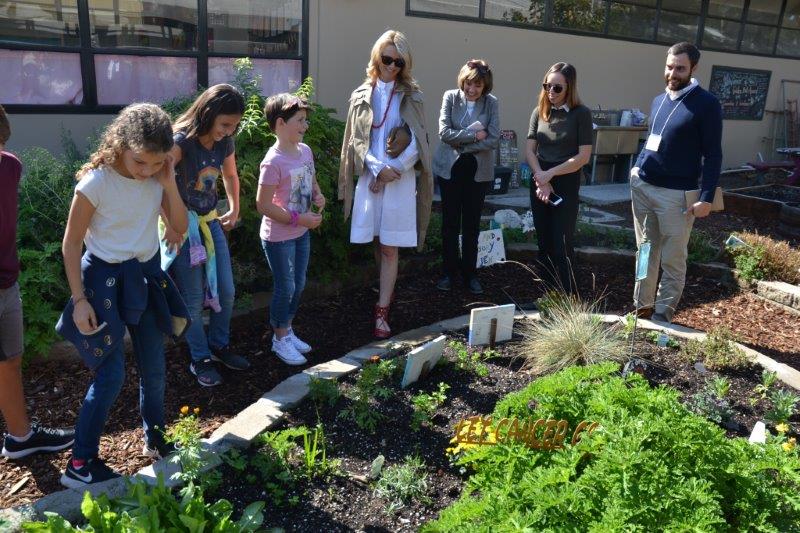 Daybreak: Ag Board to weigh in on Cal/OSHA lighting regs
Daybreak: NRDC calls for regs on neonic seeds