Assemblymember Jim Cooper is proud to represent a district that supplies Napa with its grapes. Assembly District 9 skirts the delta from South Sacramento down through Galt and into a portion of San Joaquin County – a region that accounts for more than $3 billion in annual farm sales.

Within that area, the Lodi region grows 20% of California’s wine grapes, compared to 4% each in Napa and Sonoma Counties. Cooper’s district is also productive in cherries, nuts and dairy. Cooper, a moderate Democrat, chairs the Legislature’s first Ag Caucus and serves on the Select Committee on Wine. He joined the Assembly in 2014.

Cooper spoke with Agri-Pulse about the U.S.-Mexico-Canada Agreement, funding research to halt a devastating wine grape disease and his frustrations with low engagement from ag.

1. What’s your approach to representing agriculture in the legislature?

My No. 1 priority is ag in the legislature. I'm the chair of the Ag Caucus. I started the first-ever California Ag Caucus this year.

In my time in the Assembly, I've been on over 50 ag tours. I've toured up and down the state.

It’s how you know your districts, know the issues and know what our folks are facing. Ag is a big industry in California. My frustration is that ag is big, very powerful, and has a lot of money and support, but does not flex that muscle. That's probably been the most disappointing thing. Other industries come together on issues and they're in lockstep.

I'll give you a good example. With the Dynamex decision on independent contractors, the tech industry came together, including Lyft and Uber, and a lot of folks from different organizations.

Ag interests are so varied and ag is so siloed, you don't see that. That's been disheartening. Ag came together on water. Then on SB 1, (Senator) Atkins’ water bill, ag was all over the place.

(SB 1) didn’t work for my constituents. I also voted no on Ag Overtime.

2. Do you educate other assemblymembers on ag issues?

That’s the reason I started the Ag Caucus. Two months ago, I got 3,000 pounds of pears and passed them out to my members, just to educate them on things like that. We get a lot of pears in my district. It's just an education process.

Some (legislators) have been great and gone on tours. Most are very busy. You try to educate the building on how important ag is. For a lot of folks, not just politicians, they think ag comes from the grocery store.

On December 2, we're doing a legislative tour for rice and the restoration of habitat. I'm going to host that.

3. The Wine Committee has been active with trade issues this year and you recently urged the ratification of the USMCA as well. What are your thoughts on trade?

(The committee) also authored several bills on pest control, with decreasing the glassy winged sharpshooter. I tried to get funding for that, because this is a big industry. What's also troubling is this is a worldwide industry and trade is huge.

We've got Mexico growing strawberries now. That competes directly with California. We've got citrus from Asia. We have wine and wine grapes from South America. Those folks don't have the water issues or the cost of water that we have. They don't have the regulations regarding pesticides and other things. Their labor costs are not what our labor costs are here. It's almost as if you're fighting with one hand behind your back.

Also, think about the regulations for climate change. You can't use a tractor here in California like you use it anywhere else in the world or the U.S. We make it difficult for our farmers and ranchers to do business here in California. That's why we've seen a lot that have closed up.

4. How have you seen the sentiment with ag change over your time in the Assembly?

They have legitimate concerns that are often dismissed. With the whole water thing, we’ve increased the population in California dramatically but there's no new storage for water. That's crazy. We let the enviros call the shots. We’ve got to have an even conversation and it’s usually one-sided. 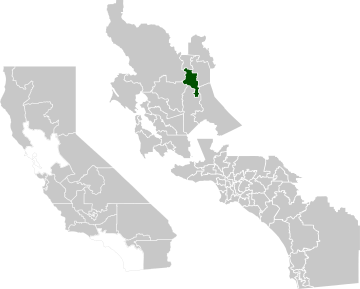 5. What are your thoughts on the governor's administration so far?

He’s still getting settled in. It's a whole new team. There's a lot of work to do. I'm optimistic.

He’s gone down and visited with farmers. It's got to have an impact. At some point, ag needs some relief somewhere. It has to happen. They can't sustain the pace while still being bombarded on all fronts.

6. What do you expect for the next year?

Hopefully, the governor is going to be a lot more proactive with the valley – the heartland of California where the majority of our food is produced. I think he realizes the importance of it. Personally, I want to have a dialogue with him and a relationship with him so I can bring up some of these issues that affect my district

There's just so many things. Ag is going mechanized. I've seen it in the five years I've been here. I've seen dramatic changes. Also, the trade issue is a big issue. I think we’re going to see some bills in the future where they try to regulate mechanization. It's coming down the road.

Ag has to be better at informing people. In the wintertime, all those grapes you're buying at Costco, they're coming from South America, not from California. No one knows that. We have some of the toughest regulations so that we know our food is safe. But at what cost?

We need to do a better job of educating the public.

Sacramento and its mayor are always touting Farm to Fork. If it’s so important and valuable to the state, what are we doing to help it? And that's the thing.

It helps with jobs and it brings in taxes. But we have got to be helpful and not an impediment.