Western Growers President and CEO Tom Nassif says in an Agri-Pulse Open Mic interview that House Democrats “are ready to support” the USMCA.

He also believes House Democrats will move an agricultural labor reform bill despite their focus on impeachment. But he acknowledges that enacting a bipartisan bill is still a reach:

“I believe we will certainly see something out of the House. The question will be, ‘Will there be enough Republican support so that it’s a bipartisan bill that the Senate would then take up?’”

Listen to the full interview here.

During its 2018 survey, the Department of Pesticide Regulation found 95% of all samples it tested had no detectable pesticide residues or were below levels allowed by U.S. EPA.

DPR scientists tested for more than 400 types of pesticides. CDFA inspectors collected the samples from produce imported from dozens of countries and from various grocery stores, farmers’ markets and distribution centers.

About 6% of California samples had traces in excess of the established tolerance or traces of pesticides not approved for that commodity, such as for organic kale. DPR stated that some tested positive for chlorpyrifos, which it said poses “a potential health risk to consumers.”

In a statement, DPR Director Val Dolcini said: “We want to ensure that fresh fruits and vegetables, imported from other countries or grown right here in California, are safe to consume.”

Keep in mind: DPR’s report relies on just 3,600 samples for a state that produces a third of the country’s fruits and vegetables and has nearly 40 million consumers. For pesticides strictly regulated or banned only in California, such as chlorpyrifos, the agency would alone not be able to account for the sheer amount of food traveling throughout the state.

The report also notes that nearly half of the samples had no detectable residues, meaning pesticides could still have been used on those crops and not detected.

In his Agri-Pulse interview, Tom Nassif also points to a dramatic increase in food production in foreign countries where “regulations are diminished.”

Food flows: For a glimpse at how much of that food travels into and out of states like California, University of Illinois researchers performed a county-by-county comparison in a recent study. They found several California counties were the highest in the nation in terms of both food flows going in and going out of the counties. This, of course, included several Central Valley counties. With its large ports and urban population, Los Angeles County was among those as well.

UC Davis Professor Jay Lund said the study is “showing that California, like most of the U.S., eats a lot of food from elsewhere.”

In a recent blog post, three UC specialists and farm advisors warn that Gov. Newsom’s decision to cancel the insecticide will be “a major issue for alfalfa.” It has been the most popular insecticide to use on pests like the alfalfa weevil and the aphid complex and was used on 153,000 acres in 2017. While pyrethroids have been used as an alternative, they carry their own environmental impacts and weevils are developing resistance to them.

“With the loss of chlorpyrifos, the over-use of a single class of insecticide could be a major challenge,” the researchers write. Other IPM strategies, like grazing, early harvest and biological controls have still depended on spraying to be successful.

They called it a critical need for the state to find new alternatives. 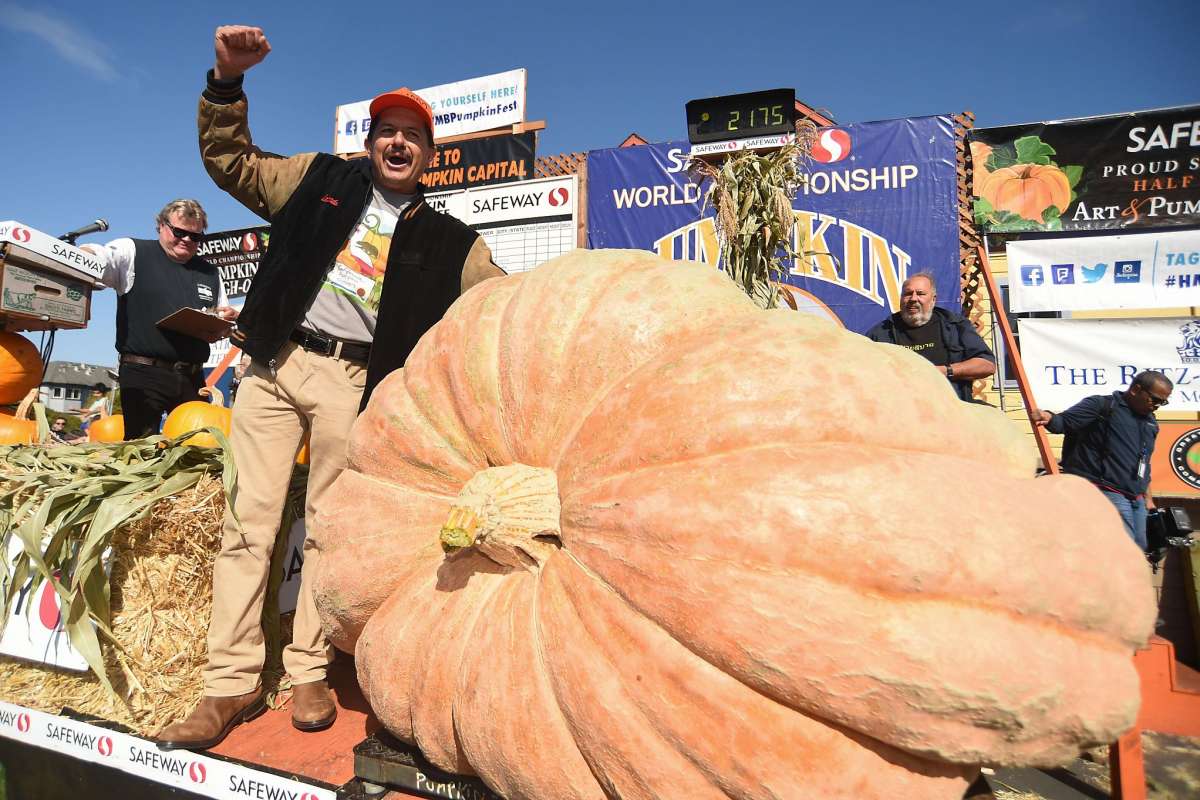 The winner of the annual Pumpkin Weigh-Off at the Half Moon Bay Pumpkin Festival last week weighed in at more than a ton.

Amid the furor over impeachment, lawmakers are looking to make progress this week on spending bills as well as the U.S.-Mexico-Canada Agreement.

The Senate is expected to take up a package of spending bills that fund USDA and FDA as well as the Interior Department and EPA. In the House, Democrats will continue negotiations with the White House over USMCA. The pace of the talks stepped up considerably last week, and Democrats say they are getting closer to a deal.

For more on this week’s agenda, read our Washington Week Ahead.

FDA is holding a public meeting today to gather input from industry and consumer representatives as it prepares to release a blueprint next year for its “New Era of Smarter Food Safety” initiative.

The all-day meeting will feature talks by Acting FDA Commissioner Ned Sharpless and USDA’s top food safety official, Mindy Brashears, as well as numerous breakout sessions on subjects such as traceability and response to an outbreak of foodborne illness. Signup has maxed out for both in-person attendance and webcast viewing.

Why it matters: FDA is seeking to leverage new technology to prevent the spread of foodborne diseases and to more quickly track down and stop outbreaks that do occur. A six-page summary of concepts that will guide the discussion includes a call to facilitate “end-to-end traceability throughout the food safety system.”

FDA also is looking at shoring up food safety at the retail level and identifying vulnerabilities in meal kit delivery (think Blue Apron) and other forms of e-commerce.

Frank Yiannas, FDA’s deputy commissioner for food policy and response, told produce industry stakeholders recently the agency wants to use blockchain technology to speed up tracebacks and artificial intelligence to find ways to prevent foodborne illness outbreaks from ever occurring.

Tomatoes OK, but leave the drugs behind

When the Commerce Department insisted on the ability to inspect tomato shipments in the recent trade agreement it struck with Mexican producers, the concern was primarily for quality – not illegal narcotics.

But U.S. Customs and Border Protection officials say border inspectors in Texas discovered $1.8 million worth of methamphetamine stuffed in a truck bringing across fresh tomatoes. CBP said it found about 88 pounds of the illegal narcotic packed into a spare tire of the truck, but did not comment on the tomatoes.

Mexico exports about $2 billion worth of tomatoes to the U.S. annually, supplying about 60% of U.S. demand.

“Most of the small-scale farmers I work with don't own the land they farm. I'm not sure how they would fare in a groundwater market.” – UC Small Farms Advisor Ruth Dahlquist-Willard, responding to an Environmental Defense Fund op-ed that minimizes the impacts of potential land fallowing under SGMA and points to water trading as a solution to job losses.