The State Water Efficiency and Enhancement Program, or SWEEP, is offering incentives for farmers to improve their irrigation and energy efficiency through $7 million in grants.

While saving water, the program also cuts down on greenhouse gas emissions and is the only CDFA program to directly help farmers comply with the mandates of the Sustainable Groundwater Management Act, or SGMA.

During an advisory board meeting last week, program manager Scott Weeks said SWEEP was oversubscribed by 300% following enrollment last year. Board Chair Jocelyn Bridson brought up the fact that Gov. Newsom had zeroed out the budget for the program for the next cycle. “Hopefully it's not the end of that program,” she said.

CDFA will also be hosting informational workshops in Willows, Modesto and Bakersfield. Applications are available online and are due Dec. 16.

State Board to SLO: Don’t ignore agriculture in groundwater plan

Following complaints from farmers, the State Board of Food and Agriculture requested the County of San Luis Obispo include agriculture in its plans for SGMA. The letter, dated Sept. 30, said the board held a listening session in SLO in July and ended up “focusing almost exclusively on (SGMA) implementation.” The board heard multiple complaints that irrigated agriculture received only “limited engagement.”

Food and Ag Board Chair Don Cameron wrote in the letter that not including all stakeholders violates one of the fundamental values of SGMA. According to the letter, the draft plan relies “almost exclusively on groundwater pumping cutbacks,” which Cameron urges should not be the sole option. He warned this could also harm the “extraordinary agri-culinary tourism industry the county has built.”

The county board of supervisors is meeting this morning and will take general public comments. But a response to Cameron’s letter is not on the agenda.

Remember: As Agri-Pulse reported in May, the local water district recently began restricting new wells for vineyard plantings, which has altered agricultural land values. Sale prices for land with existing well water rights increased by 17% over the prior year, while land without wells now carries less than half the value.

A federal jury has ruled last week that Wonderful Citrus didn’t do its due diligence before announcing the termination of a 27-year employee in company emails.

The director of a farming division in Delano discovered through an email sent to about 400 employees that the Wonderful company was firing him. The company was accusing him of theft and embezzlement and failed to take reasonable steps to determine if that was true – which it wasn’t – according to the jury. Plaintiff James Jordan will now receive $5 million in damages.

Wonderful Citrus asserted in a statement that “all employment actions taken by the company were made in good faith for legitimate business reasons,” reports the Bakersfield Californian. 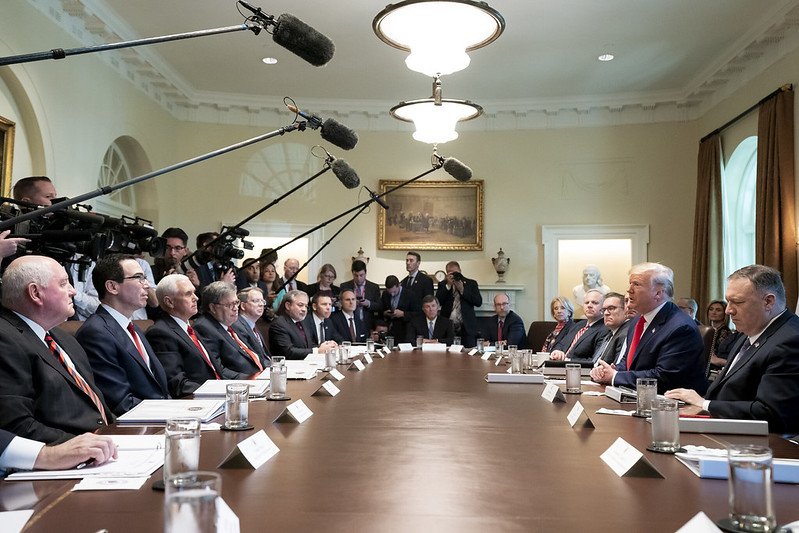 The U.S.-China trade deal that is supposed to boost U.S. ag exports and tear away Chinese trade restrictions still isn’t finished yet, but a final deal is on track for finalization next month, U.S. Trade Representative Bob Lighthizer said Monday during a Cabinet meeting with President Trump.

Trump has said that he and Chinese President Xi Jinping want to sign the pact in Chile next month at an Asia-Pacific Economic Cooperation summit.

Lighthizer said there were deputy-level meetings Monday morning and that he and Treasury Secretary Steven Mnuchin will be speaking to high-level Chinese officials on Friday. “While there’s still some issues we have to resolve, we’re working towards that goal” of finalizing the deal, he said.

A group of House Democrats leading negotiations with the White House on the U.S.-Mexico-Canada Agreement met Monday and will meet again this week, House Ways and Means Chairman Richard Neal tells Agri-Pulse. Lighthizer will likely attend the next meeting.

Neal is waiting on Lighthizer to submit to him new proposals in writing to address Democrats' concerns with the outstanding issues.

Trump’s take: The president said earlier Monday that USMCA already has the votes if House Speaker Nancy Pelosi will just put it on the floor. “It’s up to Nancy Pelosi to put it up (for a vote). If she puts it up, it’s going to pass,” Trump said.

US to continue Mexican tomato investigation

The U.S. Commerce Department has already reached a deal with Mexican farmers to allow for imports of the fruit without tariffs, but an antidumping investigation will continue nonetheless, Commerce Secretary Wilbur Ross said Monday.

If the International Trade Commission finds that Mexican tomatoes truly are being dumped in the U.S. at below-market prices, then the recently renegotiated “suspension agreement” will remain in place, including import requirements such as border inspections. If the ITC finds that there is no dumping, then the suspension agreement will be lifted and Mexican tomatoes will be allowed to flow in without any restrictions.

“They’re basically saying that our food is unsafe or that farmers aren’t good employers.” – Tom Nassif, in an Agri-Pulse Open Mic interview, discussing the "lack of desire" for the state to protect agriculture or ensure its future.