House Speaker Nancy Pelosi still isn’t ready to hold a vote on the U.S.-Mexico-Canada Agreement, but the pace of talks between Democrats and the White House is picking up speed as both sides aim for ratification before the end of the year.

House Ways and Means Committee Chairman Richard Neal, the Massachusetts Democrat charged with spearheading negotiations with U.S. Trade Representative Robert Lighthizer to produce a pact that can pass the House, assured Agri-Pulse this week that talks are intensifying and progress is being made, but time is running out in 2019.

“I think it’s fair to say that the clock is ticking,” said Grassley, who stressed that he’s concerned USMCA will take a back seat to elections in 2020. “Time’s running out and I’m going to urge Democrats in the House to move quickly … Until now, I haven’t been inclined to do that, but I’m getting worried.”

Neal's small USMCA working group of Democratic lawmakers and their aides meet almost daily. They convened with Lighthizer for three days in a row last week and planned to sit down with him again Wednesday.

There are several issues the two sides have yet to resolve, but Democratic demands for new enforcement mechanisms to ensure Mexico continues to reform its labor standards in the coming years is the largest remaining schism.

When asked after the latest Lighthizer meeting if he believed an agreement in principle could be reached before Thanksgiving, Neal stressed to reporters that there was “still a ways to go.”

Much could depend on the outcome of this week’s meeting with Lighthizer. The Democratic working group is waiting on an official response from Lighthizer in writing on a long list of demands for alterations to USMCA.

The Democrats need those responses to move on and close out some significant issues, said Rep. Jimmy Gomez, D-Calif., who expressed concern that Lighthizer would hold back as part of a negotiating strategy.

Neal, Gomez, Rep. Earl Blumenauer, D-Ore., and others on the working group are negotiating on two separate fronts. While negotiating with the White House, members have been shuttling back and forth to Mexico City to get assurances the government there is living up to its USMCA promises.

And that’s yielded some of the biggest successes for the lawmakers. A key development in the effort to build Democratic support for USMCA is the letter from Mexican President Andrés Manuel López Obrador that was hand-delivered to Neal last week by Mexican Undersecretary for North America Jesús Seade.

That letter is essentially a promise from Obrador that Mexican labor reform will be a well-funded priority, even as the government there is slashing overall spending for 2020.

Mexico is now budgeted to spend the equivalent of $69 million next year on initiatives such as setting up new labor courts and implementing recently-passed labor laws.

Idle car factories that dot the Midwest like the abandoned General Motors facility in Lordstown, Ohio, are a constant reminder to Democrats that the current North American Free Trade Agreement is often blamed for the migration of jobs to Mexico. For USMCA to get the support of Democrats, the pact must do what NAFTA did not — ensure that Mexico does not continue to offer a cheaper alternative for U.S. companies to build their cars.

It’s a point repeatedly stressed to Obrador by lawmakers and one of the primary messages that Neal and other Democrats stressed during a visit to Mexico City earlier this month, which prompted the letter from Obrador.

“When (NAFTA) entered into force, Mexico opted to keep wages low and to weaken unions,” Obrador wrote. “The labor reforms that are underway today … will put Mexico at the forefront of labor rights in Latin America and will guarantee union democracy and the rights of union members as has not been done in more than three decades.”

Although Obrador lays out plans to fund the labor reforms for four years — until every union contract is rewritten with the help of government agencies — there’s still no guarantee Mexico will continue to allocate money in its budget beyond 2020.

And that’s when the enforcement mechanism the Democrats are demanding comes into play. 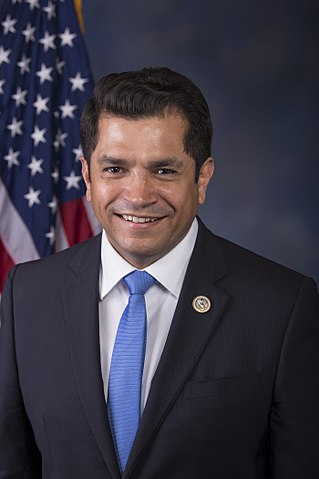 “It’s supposed to make sure that (Mexico) is motivated to enforce their own laws instead of using procedures in the agreement,” Gomez told Agri-Pulse. “That’s the concept ... We’re just not there yet.”

Nevertheless, Gomez stressed that the USMCA is already far better than the current NAFTA.

“I would say it would be like comparing a Ford from 1994 to a Ford today,” he said. “I know they’re the same brand, but they’re completely different cars.”

Neal put it like this: “What we have already done is better than what NAFTA represents at the moment. That is not in dispute. The question is, can we move it along even more and I think we can.”

While Neal and the working group are not yet be satisfied, plenty of House Democrats and Republicans are.

“It’s there,” said Rep. Henry Cuellar, D-Texas, who told Agri-Pulse that there are already enough votes in the House — counting both Democrats and Republicans — to approve USMCA if the vote were held now. “I think it gets the majority of the Democrats where they need to get to. It’s going to be done.”

In that, Cuellar is in agreement with President Donald Trump.

But Trump also expressed doubt and added invective, reflecting the increasingly tense atmosphere as Democrats move ahead with an impeachment investigation.

“I call them the do-nothing Democrats,” Trump said. “They’ve done nothing.”

But Gomez said the impeachment fervor is not stopping the USMCA talks.

“Trump, in my opinion, is just a bunch of noise,” said Gomez. “From the way I look at it, we have to look at each individual issue on its own merits … We are fixing the problems in NAFTA that have existed for 20-something years. Is that a deal we should take? My opinion is that if we do that, we should take it.”