Dave Puglia has been selected to serve as the new president and CEO of Western Growers. Puglia will succeed Tom Nassif who is retiring after 18 years on Feb. 1. Puglia joined Western Growers in 2005 and currently serves as executive vice president, overseeing four departments in addition to the organization’s nonprofit charitable foundation and its political action committees.

Gov. Gavin Newsom has appointed Arima Kozina of Sacramento to serve a special assistant to the Office of the Secretary at the California Department of Food and Agriculture. She has previously held roles with WEAVE Inc., MarkeTech Group, Sierra Energy, and California Employment Development Department. Richard Bianchi has been appointed to the 33rd District Agricultural Association, San Benito County Fair Board of Directors. Bianchi has been regional ranch manager for Sabor Farms since 2010 and director of the California Farm Bureau Federation District 8 since 2016.

The National Biodiesel Board is opening a new west coast office and have selected Floyd Vergara to lead the operations. Vergara brings more than 32 years of experience working for the California Air Resources Board. Most recently, he served as chief of the industrial strategies division and assistant chief of the research division.

The Farm Credit Administration board has selected Roger Paulsen to serve as FCA’s chief examiner and director of the agency’s Office of Examination. Paulsen succeeds Robert Coleman, who was named FCA’s chief operating officer in August. Paulsen has been an FCA employee for more than 36 years and served as deputy chief examiner and deputy director of the Office of Examination from 2013 to 2019. 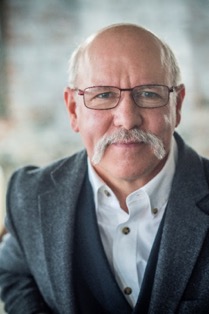 Jeff Moyer has been named the new CEO of the Rodale Institute. He joined Rodale in 1976 as a farm laborer before becoming a manager in 1982. He later was a farm director for 15 years, supervising research and operations. He was later named executive director of the Institute in 2015.

It’s official: Constance Cullman is now settling into her role as the American Feed Industry Association’s president and CEO. Cullman has been on staff since July 29 and has been working with association’s past president, Joel Newman, in preparation for his retirement on Dec. 31. 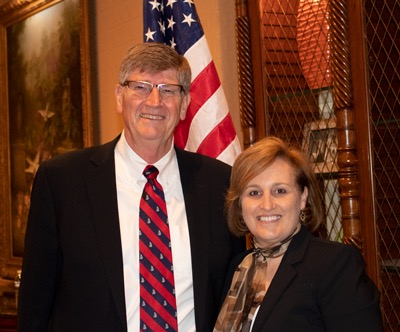 The Board of Directors of Ag-West Bio Inc. has appointed Karen Churchill as the organization's next president and CEO, effective Nov. 18. Most recently, she served as the director of research and market support with Cereals Canada. Before that, she served as a quality projects manager at Cargill Malt.

Michael Wilbur will join the board of directors for Wilbur-Ellis. Wilbur is currently the president and CEO of Cavallo Ventures, the venture capital arm of Wilbur-Ellis.

Jim Farrell of the Farmers National Company (FNC) will retire Dec. 31, and David Englund will succeed him as the new president and CEO of the organization. Farrell has been with FNC since 1986 and has served as president and CEO since 2004. Englund currently oversees the company's farm management sector and supervises hiring and training for the company’s field operations. He will be succeeded by Ken Schmitt, who currently is an area vice president in Iowa. FNC Chief Financial Officer Dave Knutson officially retired in July and has been replaced by senior vice president of financial services Julie Gerken.

Danielle Sikes has left the National Pork Producers Council, where she served as director of congressional relations. She has moved to the Agricultural Retailers Association, where she is serving as director of public policy.

Today is Josie McLaurin’s first day at USA Rice. She will serve as the government affairs and PAC coordinator. She previously served as a staff assistant for Sen. Mike Enzi, R-Wyo., on the Senate Budget Committee and as an intern for USA Rice.

Ben Tabor is now a policy analyst for Rep. Diana DeGette, D-Colo., on the Subcommittee for Oversight and Investigations of the House Energy and Commerce Committee. He previously served as a staff assistant on the committee.

Zach Helder has left the office of Rep. Harley Rounda, D-Calif., where he served as the communications director. Matilda Bress has taken over his responsibilities, serving as the press secretary and covering the agriculture, food and animal welfare portfolio.