Home » SREs have their day in court, but was it the right court?
Environment News Politics Energy Rural

SREs have their day in court, but was it the right court?

A federal appeals court heard arguments about the Environmental Protection Agency’s use of biofuel mandate waivers, but the discussion was more about legal venue than the merits of a challenge brought by a biofuel group.

The case before the U.S. Court of Appeals for the District of Columbia Circuit challenges a change in the EPA’s interpretation for how Small Refinery Waivers — given to refineries with less than 75,000 barrels per day in production who say complying with the Renewable Fuels Standard would cause them disproportionate economic harm — are granted.

It’s one of a litany of challenges to the practice, including one filed in the 10th Circuit challenging a few specific waivers.

Rafe Peterson, an attorney arguing for the Advanced Biofuels Association, was barely 40 seconds into his arguments when Judge David Sentelle interjected with what would be a central question facing the three-judge panel.

“Did you get whether we have jurisdiction of this claim or not?” Sentelle asked. “We’re given jurisdiction to review final actions of federal agencies. Now, I looked in the petition for review, and you don’t say any final action for us to review.”

ABFA’s case seeks a review of the EPA’s “decision to modify the criteria or lower the threshold by which the agency determines whether to grant small refineries an exemption.” In court documents, they say the sharp spike in SREs granted “is implausible and cannot be ascribed to year-to-year changes” in the marketplace, but instead “can only be attributable to a decision by EPA to modify the criteria” in a manner “not in accordance with the law.”

When Peterson was at the lectern, judges got into the minute detail of the Administrative Procedure Act. Under that law, challenges can be brought against agency actions that typically follow the proposed-rule-to-final-rule pattern familiar to observers of the rulemaking process. But in the case of SREs, the waivers are not granted via Federal Register notice, the recipients are rarely known to the public, and the traditional procedural moves of the federal government aren’t there to follow.

While that question could cause some troubles for legal challenges to the waivers, the judges also peppered Department of Justice attorney Jessica O’Donnell with questions about just how opponents to the action could challenge it.

Judge Patricia Millett asked O’Donnell a similar version of the same question several times as she tried to discern what options might be available to ABFA or other similar groups.

“So you have a new, changed agency methodology that is being applied consistently in all cases — which are secret — and the party that’s on the receiving end of that has no interest in challenging it, tell me … how is that supposed to be challenged?”

After the hearing, ABFA President Michael McAdams told Agri-Pulse he was “pleased to see (the judges) picked up on the specifics” of their challenge, specifically the questions of how they could best challenge the waivers. 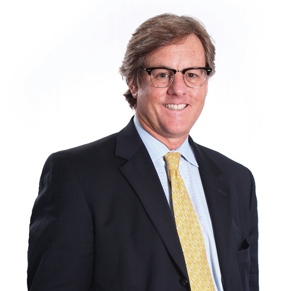 But the question of what court AFBA and other petitioners should use was also a point of contention during oral arguments.

ABFA argued since they were challenging a change of qualification employed by a Washington-based federal agency, the D.C. Circuit should hear the case. But the EPA argued the case might be better heard in another court, perhaps one where a small refinery had received a waiver that could be challenged.

That approach is currently being used in the 10th Circuit, a six-state jurisdiction that includes refineries in Wyoming, Utah, and Oklahoma that received RFS relief. The case — filed in May 2018 by the Renewable Fuels Association, National Corn Growers Association, American Coalition for Ethanol, and the National Farmers Union — served as an example for O’Donnell of a case outside the D.C. Circuit raising many of the same issues.

But the cases aren’t identical in nature. The AFBA case in D.C. challenges EPA’s waiver criteria and the change it has undergone; the RFA case in the 10th Circuit seeks to overturn three specific waivers.

Judge Millett also cautioned the EPA against offering the same venue argument in that case and creating a game of judicial pingpong with no court finding itself the right panel for a challenge.

“They told the other circuit it has to be here. Now, if they come here and tell us it has to be there, they’re going to have a whole ‘nother problem to deal with,” she said of a potential EPA venue argument.