Agriculture can play a key role in mitigating climate change, but more work is needed on methods of measuring the impact of changing farming practices.

“If we’re going to really make a difference” in combating climate change, “we need to have a metric we can count on,” said Fred Yoder, a former president of the National Corn Growers Association who grows corn, soybeans in Ohio. The difficulty, however, is coming up with reliable numbers for the wide variety of growing systems throughout the country.

“We have to understand each and every soil type,” said Yoder, co-chair of a group called Solutions from the Land. What works to sequester carbon in one type of soil won’t work the same way in a different one, he said.

“The quantification and verification steps with soil carbon are very critical, and a lot more research needs to go in that direction,” American Farmland Trust scientist Jennifer Moore-Kucera says.

Yoder’s and Moore-Kucera’s comments came at a recent hearing held by the House Select Committee on the Climate Crisis, a special panel created by the Democratic House majority to craft policy prescriptions for other congressional committees.

The committee is accepting comments until Nov. 22 as it prepares policy recommendations by a March 31 deadline. The hearing was held to get an idea how much agriculture can contribute to mitigating climate change. 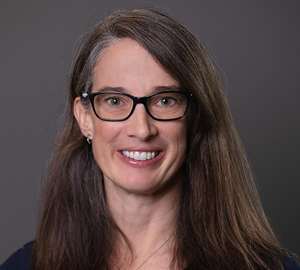 Committee members wanted to be able to put a number on potential reductions to greenhouse emissions from agriculture, which are estimated to comprise about 9% of all GHGs in the U.S., according to a recent EPA report. The top emitting sectors were transportation (28.9%) and electric power generation (27.5%).

Democratic Rep. Sean Casten of Illinois, who had been a clean energy executive before unseating a longtime Republican last year, told the witnesses, “We have to ultimately figure out how to prioritize the things we could do. … It would be helpful to understand, in the best possible scenario, how big an opportunity is this?”

Moore-Kucera, the Climate Initiative Director for AFT, said combining the adoption of cover crops on 25% of ag acres with 100% adoption of no-till or reduced-till practices could reduce greenhouse gas emissions by 148.5 million metric tons of CO2 equivalent emissions per year, or approximately a quarter of all ag GHG emissions annually.

Those figures don’t include reductions from the use of best practices on grazing lands and livestock/manure management, Moore-Kucera said.

“It is impossible to overstate how important land-based solutions … will be to address global climate change going forward into the future,” Yoder said. “This is a massive undertaking but the potential is just enormous."

Large corporations have a big role to play as well, said Danone North America’s head of agriculture, Tina Owens. Her company has launched a 5-year, $6 million soil health initiative to work with the more than 700 dairy farms it buys milk from.

The company, which produces and sells yogurt brands such as Dannon, Oikos and Wallaby, has a goal of reducing GHGs by 30% by 2030.

Danone is working with Sustainable Environmental Consultants and its EcoPractices platform “to help us and our farmer partners understand two main issues: the economic return on investment for the farms of improving the health of their soil, and the environmental impacts of soil health practices using a variety of measurement tools,” she said. 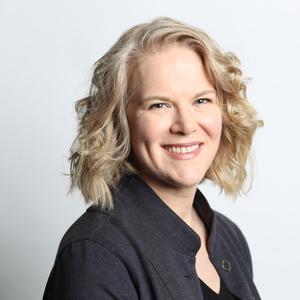 The company is trying to give farmers a clear sense of how improved soil health contributes to their bottom line and ability to continue to operate as the effects of climate change become more severe.

It has been relying on EcoPractices "to establish application program interfaces (APIs) with various measurement tools such as Field to Market, COMET-Farm, and Cool Farm Tool." All three seek to gauge greenhouse emissions, but both Field to Market and Cool Farm Alliance go further—Field to Market's Fieldprint platform also looks at water quality and biodiversity, among other indicators, and the Cool Farm Tool assesses water quantity and biodiversity. COMET-Farm is a Natural Resources Conservation Service tool that seeks to measure the impact of adopting NRCS conservation practices on GHGs.

Like the other witnesses, Owens said farmers need financial incentives to adopt soil-conserving practices. Such practices must be “simple, straightforward and have low transaction costs with clear paths of access for the farms,” she said.

Yoder, too, kept coming back to the economics for farmers, which he said are favorable with cover crop adoption. He plants cover crops and uses no-till or minimum-till on all of his 1,500-acre farm in Ohio, and says the cover crops have more than paid for themselves.

An Environmental Defense Fund study released last year found that cost savings per acre combined with increased yields for corn and soybeans resulted in net benefits of $40 to $47 an acre in corn and $38 to $48 an acre in soybeans.

There are also “co-benefits,” Moore-Kucera said, citing myriad benefits of improved soil health through cover crops and other methods. Increased levels of soil organic matter improve water retention and reduce the need for fertilizer and herbicides, for example.

She advocated for expansion of existing USDA conservation programs so “any farmer or rancher who wants to improve their soil health and reduce GHG emissions [can] get the support they need.” She also pointed to pilot programs in Iowa and Illinois this year offering discounts on crop insurance for farmers who plant cover crops.

More technical help is needed, however. “There are some really good programs. … We just don’t have enough boots on the ground,” Yoder said.