UC Agriculture and Natural Resources has released a comprehensive economic report tallying up the direct and indirect values for nine sectors of California’s "working landscape." Four of those sectors are in agriculture and account for 85% of the businesses.

The report goes far beyond CDFA’s annual tracking of cash receipts, which was about $50 billion last year. UCANR found instead that ag generated $263.5 billion in total sales in 2018 and employed 1.2 million people.

Agricultural processing topped the sales income category at $113 billion. Expanding the benefits beyond rural California, processing also generated $30 billion in sales and 63,000 jobs in the Los Angeles and Orange County region and $25 billion and 58,000 jobs in the San Francisco Bay area.

For more on the report, look for the Agri-Pulse West Newsletter in your inbox tomorrow. 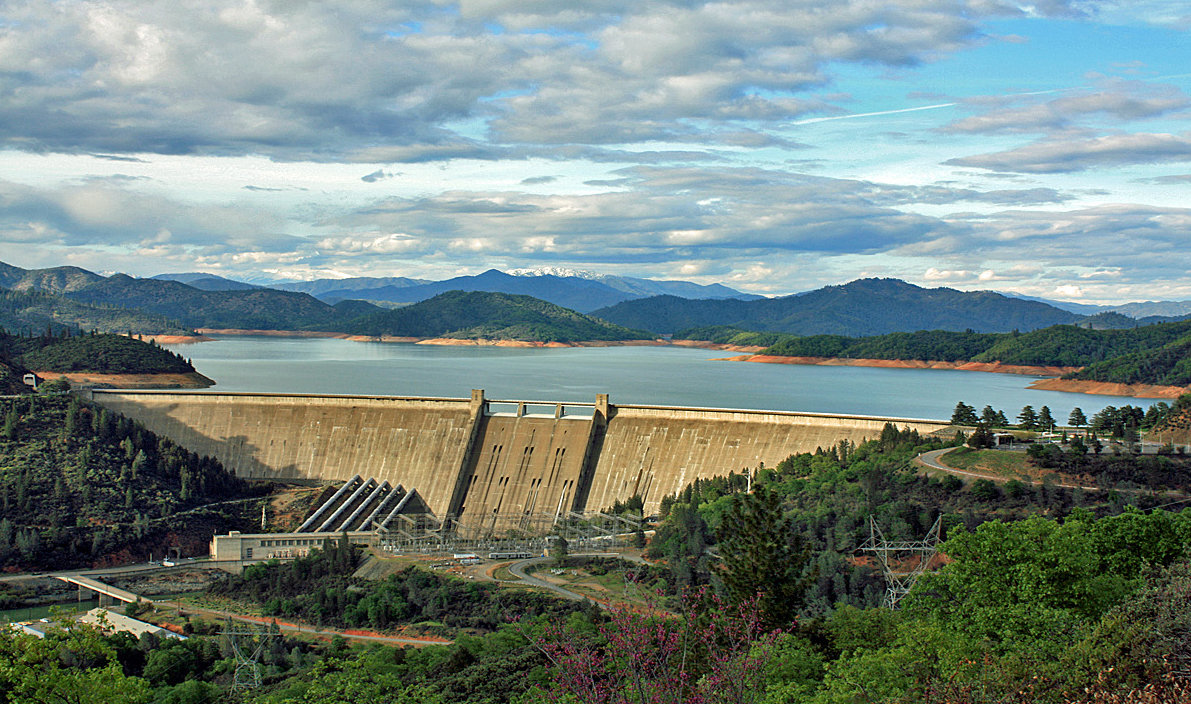 The Department of Interior is drawing criticism for how it is implementing a 2016 law for converting longstanding water contracts to repayment contracts. Environmental groups are raising alarms that the first contract the department processed is for the Westlands Water District.

Why it's important: Water contractors account for 22% of the Central Valley Project’s contracted water. The largest among them is Westlands Water District, which has contracted water from the CVP since 1963 and renewed its contract several times. After Westlands, about 70 more water districts are also seeking to make their contracts permanent under the Water Infrastructure Improvements for the Nation, or WIIN, Act.

The backlash: An attorney with the National Resources Defense Council called the Westlands contract “a sweetheart deal.” In a statement Friday, Barbara Barrigan-Parrilla, the director of Restore the Delta, said: “This corrupt water giveaway … is undermining the Voluntary Agreement process being led by the Newsom administration.”

While David Bernhardt was not involved in drafting the contract, the Associated Press suggests the decision came from the Interior secretary, who is a former Westlands lobbyist. The LA Times writes that the contract would “allow Westlands to make lucrative water sales to thirsty cities and other agricultural agencies,” though the paper acknowledges no evidence supports this suggestion.

Next: The Bureau of Reclamation has extended the public comment period to January 2020.

On that note: Attorney General Xavier Becerra announced Friday the state has settled a lawsuit with Westlands over raising Shasta Dam. The project would have added 80,000 acre-feet of storage to the reservoir. The agreement bars Westlands from entering into a contract with the federal government to study the impacts of the project.

Under pressure from Becerra and environmental groups, Westlands withdrew its plans last month for an environmental impact study on raising the dam.

Remember: In the 2016 WIIN Act, California Sen. Dianne Feinstein and Bakersfield Republican Kevin McCarthy, who was then the House Majority Leader, had allocated $20 million to raise the dam.

Both the Newsom administration and Westlands are also involved in the Voluntary Agreements, a process the governor has touted as a way to avoid contentious legal battles like this one. 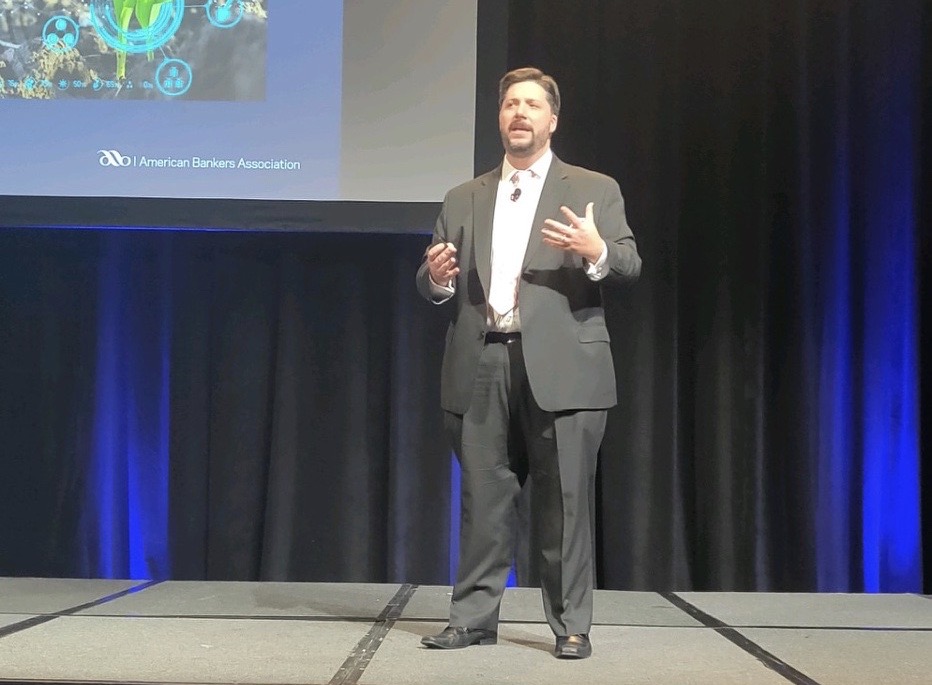 The latest survey of the nation’s agricultural lenders suggests the farm economy is showing little sign of improving, though many growers are holding their own.

According to the annual survey released at the annual Agricultural Bankers Conference in Dallas, lenders say that just over 57% of their farm borrowers are profitable this year. Some 82.5% of the lenders said that profits are falling, and that decline is consistent across the country. But lenders expect 56% of their borrowers to remain profitable through 2020.

Those figures were comparable to what lenders reported in 2017 and 2018. “The farm profitability picture remains tight in 2019, and ag lenders see that come through in their customers’ financials,” said Jackson Takach, chief economist for Farmer Mac.

Dairy, grains and cattle continue to be the sectors of biggest concern to bankers.

Another factor preventing conditions from getting worse in farm country: The strength of the U.S. economy in general, which has boosted employment opportunities for farmers. “Off-farm income has played a substantial role” in mitigating on-farm difficulties, Kauffman told attendees of the American Bankers Association conference.

What’s next? Kauffman said farmers and bankers would be forced to take a close look at their operations if there’s any change in those factors that have been propping up the farm economy.

“If and when one of these items changes,” he said, mentioning interest rates, trade payments and land values, “you will want to be thinking how it affects agriculture and how it affects your version of agriculture.”

President Donald Trump will be talking to the Economic Club of New York today, and we’ll be looking for fresh hints about progress in the trade talks with China.

At the end of last week, he was throwing into question his willingness to lift tariffs on China and the ability of negotiators to finish a partial Phase One trade deal this year. Trump, when asked by reporters Friday when the two countries would sign the pact, said, “We'll see what happens. Okay? We'll see what happens.”

China insists at least some tariffs be lifted by both nations, but Trump has been non-committal.

Congress back in action with USMCA, spending up in the air

Impeachment will be dominating news out of the nation’s capital between now and the week of Thanksgiving – the public hearings kick off Wednesday – but Congress has other critical business, too.

Lawmakers will have to take action to avert a government shutdown next week: The continuing resolution that’s currently funding the government will expire Nov. 21. Lawmakers are expected to take up a new CR to run into December.

House Democrats also continue to promise that they’re closing in on a deal with the White House on the U.S.-Mexico-Canada Agreement. There’s hope of getting a deal done before Thanksgiving, which would trigger Trade Promotion Authority procedures for potentially considering the USMCA implementing bill in December.

For more, read our Washington Week Ahead.

A diet that was promoted as a way of improving global health as well as helping to address climate change would be unaffordable for nearly 1.6 billion people worldwide, according to a new study.

Researchers at the International Food Policy Research Institute and Tufts University looked into the recommendations of the EAT-Lancet Commission and found the most affordable diet that the panel recommended would cost a global median of $2.84 per day.

Nearly one-third of that cost was due to prices for fruits and vegetables. Nuts and legumes would account for about 20% of the cost.

A report released last January by the EAT-Lancet Commission said the average diet needs to double fruit, vegetable, nut, and legume consumption and cut red meat consumption in half.

How they did it: The IFPRI and Tufts researchers analyzed the cost of the recommendations by comparing retail prices from 2011 for 744 foods in 159 countries.

“I can assure you that no one cares more about providing a safe and nutritious product than the farmers themselves.” – Tulare County Farm Bureau Director Tricia Stever Blattler, in an op-ed criticizing the state’s Prop. 65 label on glyphosate.