Home » Daybreak: Rice gets a boost in Korea
WEST

Daybreak: Rice gets a boost in Korea

USDA announced an agreement yesterday with South Korea to provide access to more than 132,000 tons of rice, worth about $110 million. This is South Korea’s greatest volume ever for guaranteed rice market access.

The California Rice Commission considers South Korea one of its most valuable export markets. “It consumes more than 100,00 metric tons of medium grain Calrose rice each year,” according to Chris Crutchfield of the American Commodity Company.

The Almond Alliance of California released its annual advocacy report yesterday, offering a review of the 2019 legislative session along with the many federal trade activities.

“The 2019 legislative session was one of the most bizarre and active we have seen in recent years,” writes Alliance President Elaine Trevino in the report’s opening statement.

On the state level, while water continues to be a priority, the report notes that pesticides “are coming under additional scrutiny by the Legislature and the administration, and food packaging has become a critical issue for the entire retail food chain.”

At the federal level, the industry is seeing 60% tariffs from China, along with tariffs and “burdensome” testing protocols from Japan. Total exports were down 33% this year. The industry did have some luck with a temporary exemption from the Produce Safety Rule and the Alliance hopes that becomes permanent with the next rule changes. 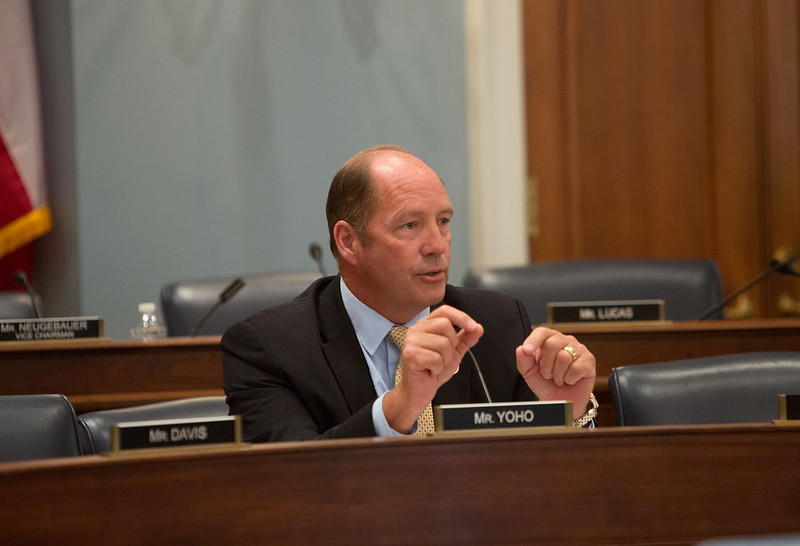 The House Judiciary Committee will vote today on a bipartisan bill to expand the H-2A farmworker visa program. But a leading conservative says the measure has no chance of becoming law.

In addition to extending the H-2A program to year-round workers, the bill would provide legal status for existing farmworkers, and that makes the measure a non-starter for many conservatives.

“We have been told by the Senate and the White House that bill will not move,” Florida Republican Ted Yoho told Agri-Pulse on Tuesday. Yoho is introducing a competing bill in December.

Keep in mind: Yoho's bill will have no chance of winning Democratic support. It would expand H-2A without legalizing existing workers.

Bottom line: It’s hardly a surprise to anyone who follows this issue, but farmworker reform is likely stuck in the same partisan mire it has been in for years.

The lower house of Japan’s parliament on Tuesday approved the partial U.S. trade deal that would slash tariffs and set up new quotas for U.S. farm goods, according to a report from Reuters out of Tokyo.

Passage by the lower house sends the pact to the upper house of Japan for consideration. U.S. officials are hopeful a quick, full ratification will allow the trade deal to go into effect in January.

Japan agreed under the deal to cut or eliminate tariffs on $7.2 billion worth of U.S. ag commodities and install new quotas to further boost imports of U.S. farm goods. About 90% of the $14 billion worth of U.S. ag exports to Japan would get tariff cuts or elimination under the pact, which restores much of the benefits that U.S. ag would have gotten if the U.S. had not pulled out of the Trans-Pacific Partnership.

Japan agreed to lower tariffs on wine, cheese, oranges and others while eliminating import taxes on U.S. almonds, blueberries, walnuts and broccoli, according to U.S. government sources. 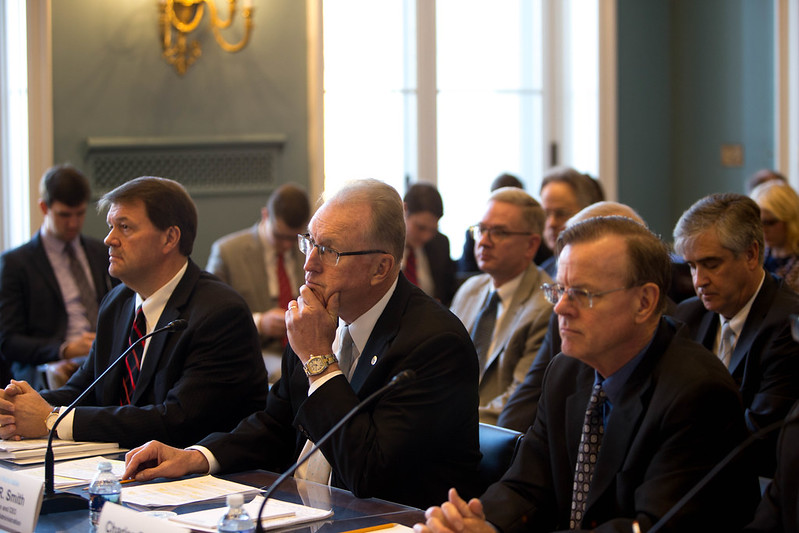 Some producers are taking “payday” loans

The Farm Credit System is seeing an increase in desperate producers who are leaving conventional lenders and taking out high-interest loans to stay in business. “These operators are looking to alternative sources because they have no choice. It is deeply concerning,” Farm Credit Administration Chairman Glen Smith told a House Ag subcommittee Tuesday.

Smith said he would describe those other alternatives as “payday lenders” because some of the interest rates have been charged over half of prevailing rates. He’s concerned the security interest those alternative lenders are taking may affect lending by Farm Credit institutions and conventional banks.

Big labor and the House Democratic leadership are staying in lockstep on the U.S.-Mexico-Canada Agreement.

Trumka met with Democrats Tuesday, and Neal and Pelosi later put out a joint statement affirming their agreement to hang tough on the issue. “We can reach an agreement on USMCA when the Trade Representative makes the new NAFTA agreement enforceable for America’s workers.”

The White House view: President Trump on Tuesday hurled insults at Pelosi and accused Democrats of focusing too much on impeachment proceedings.

“We have to get USMCA signed,” Trump said to reporters during a cabinet meeting. “Nancy Pelosi can’t get it off her desk. Just can’t do it. The Democrats want to have it. The unions want it. The farmers want it. The manufacturers want it. I think the woman is grossly incompetent.”

What about farmers? Rep. Jimmy Gomez, D-Calif., stressed to reporters that it’s not a lack of having USMCA that’s hurting ag producers, but rather the ongoing trade war with China. (No economist would disagree with that.) But Gomez said he and other House Democrats are still working to get an agreement to ratify USMCA.

“We produce a very healthy, affordable product and our electeds and our policymakers need to hear that story again and again.” – Bill Lyons, agricultural liaison to Gov. Newsom, in a new video by the Almond Alliance.