Upendo Malata eyes the dark grey clouds gathering overhead with a feeling of anticipation. Rain is coming, and her one-acre farm in Magulilwa, Tanzania, desperately needs it. Uncertainty is a feeling that Upendo has gotten used to, because it’s the third year in a row that weather problems have threatened her family’s livelihood. Last year, her harvest was smaller than normal because the rains arrived later than expected. The year before, powerful winds and hail from a sudden storm destroyed much of her crop, forcing the family to ration food for months until the next harvest.

Just like farmers in the US, Upendo works hard and is not looking for a handout; she just wants the opportunity to grow her own way to prosperity. However, life is inherently risky when you have to feed your family and generate your livelihood off about an acre of land; when you rely on rain to irrigate your crops, and face a changing climate that makes this rainfall increasingly unpredictable.

We cannot afford to ignore the plight of farmers like her, and not only for humanitarian reasons. As Sylvain Roy wrote in these very pages a few weeks ago, we have clear data that agricultural investment abroad serves US interests. Beyond even the positive effect on trade, it is key to mitigating the rural hunger that creates the conditions where states fail, mass migration increases and terrorism thrives, threatening to pull US forces back into foreign entanglements. 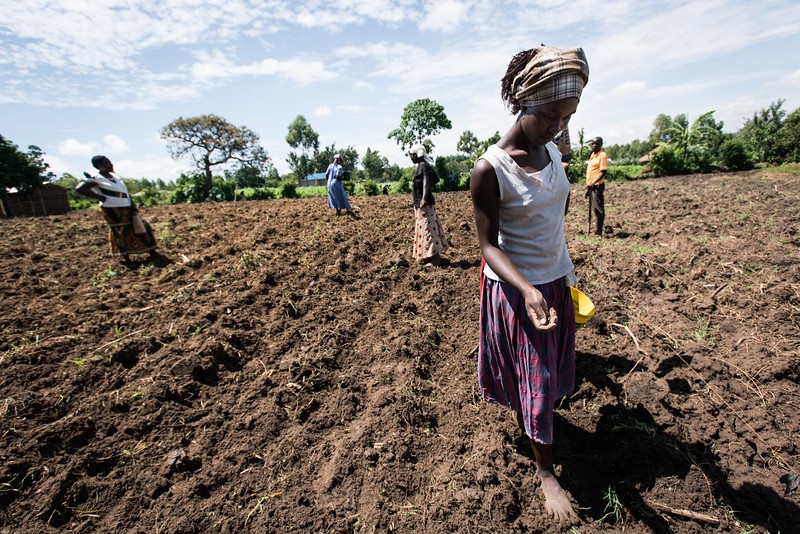 In our current approach to international agriculture assistance, not enough attention is given to catalyzing strong crop insurance markets as a key ingredient to achieving the outcomes we want. Weather shocks not only lead to poor harvests for small-holder farmers, but they mean that making extra investments in your fields is often a losing proposition. These farmers are currently disincentivized from applying improved seeds and fertilizer because they are expensive and don't pay off as well in poor weather years. If we can de-risk that investment, then they will be positioned for success when they are blessed by good weather, and be better positioned to sustain themselves when the weather fails them.

Private insurance companies can’t solve this problem on their own. In the US, we’ve long recognized the need to support the growth of insurance markets to help farmers navigate similar uncertainty. As one example of this support: the US Federal government pays an average of 62% of the premiums for insuring key crops - similar to the global premium subsidy other developed countries provide. This public sector support has helped to guarantee that the vast majority of crop acres in the US are insured.

However, this public support is almost non-existent in developing countries, which means that millions of vulnerable farmers around the world lack access to insurance products. According to a recent ISF study, less than 3% of farmers in Sub-Saharan Africa have any insurance coverage at all, a reality One Acre Fund sees directly with the farmers we serve.

Opinion: The Missing Link in Global Food Security
Opinion: Policymakers have a huge opportunity to leverage venture investment in food and agriculture. Here’s how.

If the growing set of weather and environmental risks they face are not mitigated, hungry rural populations will become a major global security concern. A recent CSIS report highlights how the altered weather patterns that climate change brings is stressing food systems around the planet, which will increase rates of hunger and ultimately increase global migration flows and instability overall.

With some of the most productive farmers in the world, and a government that understands and values how best to help them navigate the uncertainties of their profession, US leadership could help to solve this problem globally. One promising new opportunity would be to work through the new Development Finance Corporation (DFC), which has an explicit mandate to think about how to leverage loans to serve the needs of the world’s poor. As a starting point, the DFC should consider using their new grant making facility to fund the technical support needed to develop more tailored, appropriately priced insurance products; with an eye towards reducing basis risk so these products fully cover the most vulnerable farmers.More significantly  though, the DFC should drive more resources and attention into building functioning i 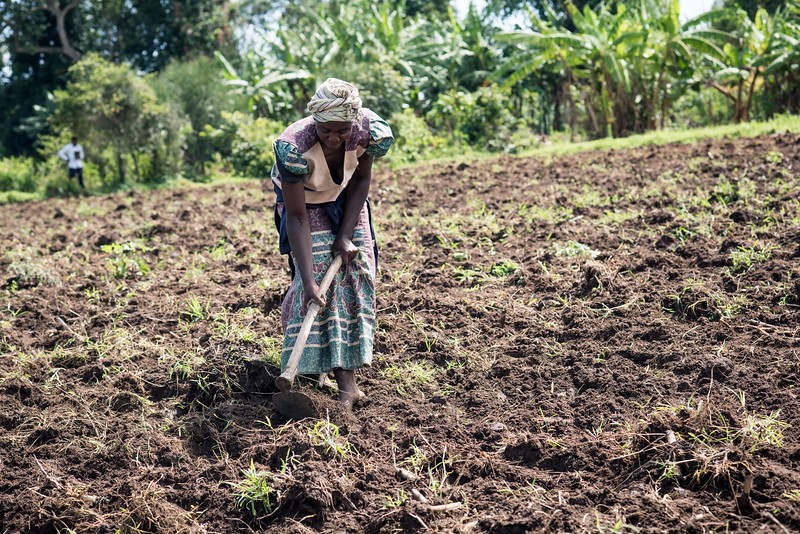 nsurance markets, possibly tying loan agreements to their successful creation. If these markets remain dysfunctional, its agricultural lending is, anyway, unlikely to achieve the hoped for financial and development outcomes.

More US leadership and expertise in building strong insurance markets would help create the environment small-holder farmers need to become self-sufficient, so their future will not be clouded with such fear and uncertainty. Ultimately, farmers like Upendo are not only key to preventing the creation of new failed states that the US is forced to intervene in, but will also form the backbone of vibrant economies that we can trade and prosper with; we just need to give them the right kind of help to get there.

Colin Christensen is the Global Policy Director based in Washington, D.C., and Junho Hyun-Sack is the Insurance Associate at One Acre Fund, an agricultural service provider serving 950,000 small-holder farmers in East and Southern Africa.