Most of us are familiar with the work of the USDA’s Agriculture Research Service, the research done by our land grant university system, and the extension service.

The Center is most commonly known by its Spanish acronym, CIMMYT, which translates as Centro Internacional de Mejoramiento de Maize y Trigo. Located outside of Mexico City, it is dedicated to both the development of improved varieties of wheat and maize with the aim of contributing to food security, and the introduction of improved agricultural practices for smallholder farmers to help them boost production, prevent crop disease and grow out of poverty.

The creation of CIMMYT dates to 1943 when the Mexican government and the Rockefeller Foundation founded the Office of Special Studies, an organization within the Mexican Secretariat of Agriculture, CIMMYT is best known for the work of Dr. Norman Borlaug, father of the Green Revolution. The seeds created by Borlaug, with the assistance of Edgar McFadden of South Dakota State, increased agricultural production worldwide, particularly in the developing world, beginning in the late 1960s. In 1970, Borlaug won the Nobel Peace Prize for his extraordinary work, the only agriculture scientist to ever win this prestigious award. He is widely credited with saving over a billion people from starvation. Borlaug then founded the World Food Prize which has turned into a global Foundation located in Des Moines, Iowa. 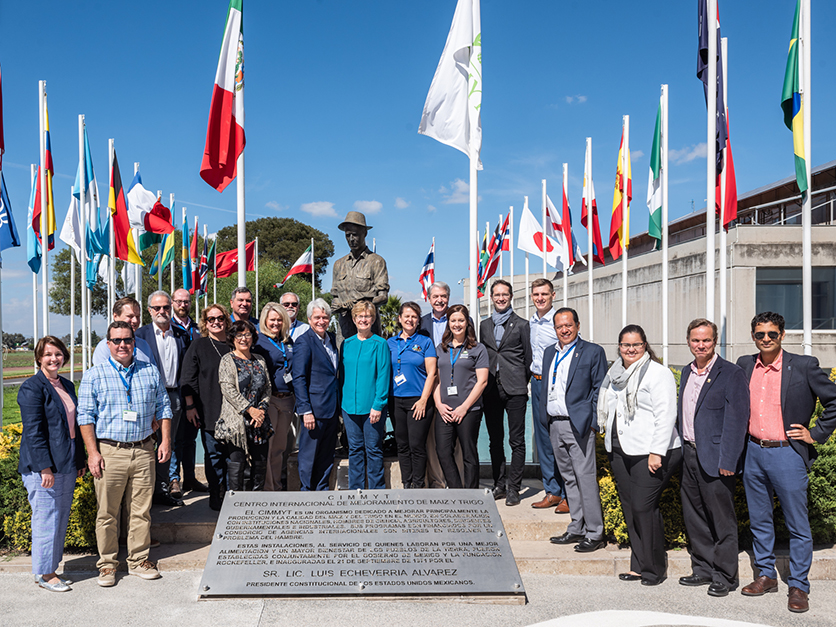 Just last month, USDA Undersecretary Ted McKinney and representatives from state agriculture departments visited CIMMYT to learn about relevant maize and wheat research at their global headquarters in Mexico. “This is a place I’ve wanted to visit for a very long time,” McKinney stated as he first laid eyes on the CIMMYT offices, “the historical CIMMYT.” “I was blown away. [CIMMYT] is so valuable to every country in the world,” said Ignacio Marquez from the Washington State Department of Agriculture.

As noted by CGIAR, we are at a crossroads in the world's food system. We cannot continue our current trajectory of consuming too little, too much of the wrong types of food, and at an unsustainable cost to natural resources, the environment and human health. On a global level, we need to produce double the number of calories we currently produce to meet the demands of our population growth. The CGIAR is critical to meeting that demand.