Home » Daybreak: A new approach to fish vs. farms
WEST

Daybreak: A new approach to fish vs. farms

Report: Policies should not favor two fish, but whole ecosystems

A new report from the Public Policy Institute of California urges the State Water Board to take the lead on a system-wide approach to reviving freshwater habitats in the Sacramento-San Joaquin Delta.

The fight over fish versus farms with the biological opinions is “missing the rest of the system,” according to PPIC Senior Fellow Jeffrey Mount, the report’s lead author. The primary objective should be ecosystem health, not individual species or water supply, he said at a PPIC panel discussion yesterday.

The Voluntary Agreements are one example of ecosystem-based management. Its success depends on robust collaborative engagement from all users and stakeholders, which can be “messy” but efficient. An agreed-upon plan provides assurance, which is not found in the current “piecemeal management,” said Mount.

The Sustainable Groundwater Management Act could serve as a policy model. The State Water Board would be the “regulatory backstop to get tough and show what the consequences would be” without comprehensive agreements.

Funding is extremely important, said Mount, and it would have to be more reliable than one-time bonds. The investment would deliver much larger net benefits, though “traditional uses” may not.

Ag Board to step up broadband efforts

Members of the State Food and Ag Board want to push the Legislature, the Newsom administration and federal agencies on action for rural broadband access.

A budget of $20 billion was recently approved for a grant program run by the Federal Communications Commission to support underserved areas. Yet FCC deployment maps skew negatively for California, considering only two counties as rural. This means none of the nearly $300 million from USDA’S ReConnect program has gone to providers in California.

One reason is that California agriculture “is specialty crops and not massive midwestern operations,” said Food and Ag Board Member Joy Sterling Tuesday. Another is topography.

In response, the California Public Utilities Commission yesterday requested FCC applies the state’s more detailed data on underserved areas to fill the gaps in its mapping.

Board member Joy Sterling urged the Food and Ag Board Tuesday to send a letter backing CPUC's comments. She also wanted to assemble a congressional delegation in support.

“I feel optimistic and we're at a tipping point,” she said. “But we need some muscle at the highest level.”

Broadband would benefit one water trading project in Ventura County set to start in January. Sterling said about 300 farmers are using an innovative approach with blockchain technology, which would maintain confidentiality within a water market. But the project can’t be scaled up without better broadband access.

On that note: FCC Chairman Ajit Pai announced Wednesday the commission was scrapping a rural 4G plan because of bad data, replacing it with a $9-billion 5G Fund. 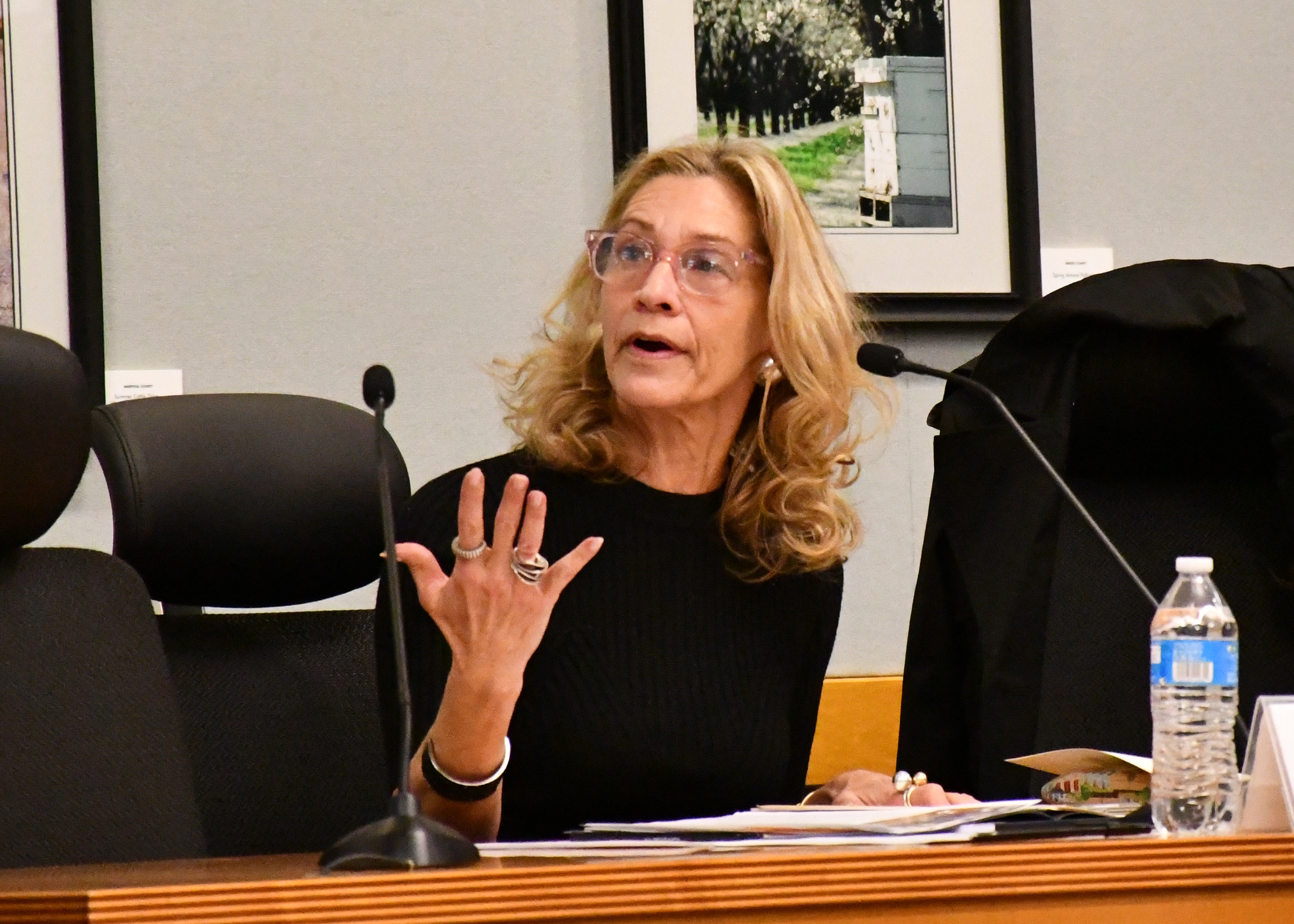 Joy Sterling, CEO of Iron Horse Vineyards and member of the State Board of Food and Ag

Farm groups get together on stress training

A combination of online and in-person training sessions “provides participants the skills to understand the sources of stress, learn the warning signs of stress and suicide, identify effective communication strategies, reduce stigma related to mental health concerns and connect farmers and ranchers with appropriate mental health and other resources,” the groups said.

EPA OKs use of sodium cyanide to kill predators

EPA said the revised decision enhances protections by increasing the distance for device placement with a new 600-foot buffer around homes and an extended barrier around roads and public paths.

Trump puts new China tariffs up in the air

President Donald Trump on Thursday threw into doubt U.S. plans to hit China with new tariffs on Dec. 15. Speaking to reporters, Trump did not answer directly when asked about the next planned round of tariffs but said “very major discussions” would take place.

It was unclear if those discussion would involve the Chinese.

“This won’t be easy. But the alternative is to keep doing what we’ve been doing, which isn’t working for anyone.” - Jeffrey Mount, in an op-ed for CalMatters accompanying his report on ecosystem management.