China, with a recent announcement that it will approve 192 domestically developed genetically engineered biotech seed traits, is taking what may be a big step in the country’s evolution of acceptance for genetically modified crops, but it remains unclear if the move will translate into major gains for the biotech and farming sectors there and in the U.S.

While U.S. government officials are scrambling to understand the significance of the actions, U.S. tech and agriculture experts are already hopeful the first new domestic approvals in a decade portend a breakthrough in wider Chinese acceptance.

“Certainly, it’s a massive effort by the Chinese government to support … biotechnology and to help their domestic companies and universities,” said Matt O’Mara, vice president of international affairs for the Biotechnology Innovation Organization (BIO). “There’s a lot to be seen yet and the process still needs to play out.”

But the approvals are not happening in a vacuum. China, according to Trump administration officials, has also agreed in the “Phase One” trade deal to improve the way it approves new biotechnology traits.

China is also making a propaganda push to try to convince its population that genetically modified plants are safe to eat.

“There is no need to worry that the genes in food will change human genes or pass them on to future generations,” the Chinese Ministry of Agriculture and Rural Affairs proclaimed in a newly released publication. 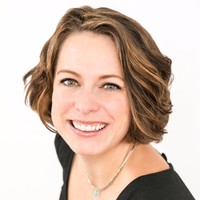 “All of this is a good sign that maybe they’re ready to step up to the plate and make their approval process transparent and timely,” said Veronica Nigh, an economist for the American Farm Bureau Federation. “It’s a big deal.”

Interested in more biotech coverage and insights? Receive a free month of Agri-Pulse or Agri-Pulse West by clicking here.

For U.S. biotech companies and the farmers who want to plant the latest seed technology, China has long been a major obstacle. Chinese approval is effectively a requirement for any crop that is sold internationally, but the country’s opaque approval system adds years to the acceptance process. That translates into billions of dollars in losses for biotech seed companies that don’t want to commercially release new products until China signs off on them.

“(U.S.) farmers know there’s better technology out there than they currently have access to, so if China were to start approving biotech traits in a way that makes more sense, it should mean that U.S. farmers will have access to technology much faster than we’ve grown accustomed to,” Nigh told Agri-Pulse in an interview.

As it stands now, China refuses to even begin considering a foreign trait for import until it has received complete approval elsewhere in the world, like the U.S. or Brazil. China also requires lengthy field tests to be completed in China for foreign traits that will never be commercially cultivated there.

According to BIO, before the recent announcements, there were six products pending final approval (which have been pending approval for nearly five years) and seven products in the field-testing stage.

“At the end of the day, the systemic change we want to see should benefit both sides,” O’Mara said.

The Obama administration tried with no success for years to convince China that it needed to make its biotech approval process transparent and efficient because the reform would be equally beneficial to the budding Chinese industry, but China’s process has only gotten more onerous and time-consuming in recent years.

“The regulatory regime under which new GE events are reviewed in China underwent numerous changes in 2017 and 2018, evolving into a more onerous, less science-based system,” USDA's Foreign Agricultural Service concluded in a recent assessment.

The new, tighter restrictions on safety and labeling passed in 2018 were especially troubling, FAS said. New field trials and duplicative studies were mandated in virtual secrecy. The World Trade Organization was not informed and no comments were solicited from stakeholders.

But grumblings from within China’s domestic biotech sector were growing as companies and universities invested billions of dollars into new products that seemed like they would never get to market. China’s State Council released a Five-year Plan for National Science and Technology Innovation that promised the commercialization of new cotton, corn and soybean traits. Up until now, China seemed not to be on track for the 2020 commercialization goal.

But that changed last week. The Chinese Agriculture Ministry issued the broad swath of “biosafety certificates” and announced that, for the first time, it would accept public comment. Just the fact that the public was being brought into the process is a major new development that shows exciting change, said Nigh.

“That’s something we’ve been asking them to do for years — be more transparent and accept comment from all over the world,” she said.

Another key development is the fact that China is considering commercialization for corn and soybean traits. Most of the 192 approvals are for cotton varieties, but there are two new corn traits on the list as well as a soybean trait developed by the Shanghai Jiaotong University.

While these developments appear to be progress, it’s still early and there’s no guarantee the biosafety certificates will translate into approval for commercialization. On paper, China has approved biotech cotton, papaya, tomatoes, sweet peppers, petunias and poplar trees. Commercialization has been allowed only for papaya and cotton.

Still, there is reason for some optimism, O’Mara said: “You’ve got to start somewhere, and maybe we’re getting there.”