Farm Hands on the Potomac: Glover to lead PLC

The Public Lands Council (PLC) has named Kaitlynn Glover as its new executive director. Glover will serve as the chief lobbyist for the organization, representing cattle and sheep producers in western states on resource issues affecting their operations. Glover most recently worked for Sen. John Barrasso, R-Wyo., as his legislative assistant for agriculture and public lands. Barrasso’s office has not yet filled Glover’s position of ag legislative assistant. 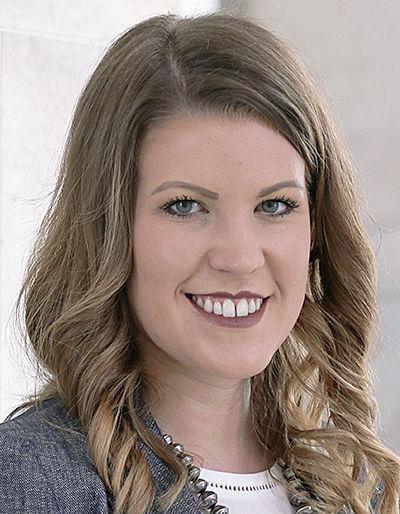 Anne Thompson is now the director of PAC and political strategy at the National Corn Growers Association. Thompson comes from Bunge North America, where she worked as the director of government affairs for the past five years. Before that she worked for CoBank.

Kellie Adesina has joined Bayer's crop science division as the new director of federal government affairs. She previously served as chief counsel for House Agriculture Chairman Collin Peterson, D-Minn. She also worked at USDA during the Obama Administration in the office of the general counsel.

Kathryn Graves Unger is now the vice president of North America government relations for Cargill. She previously served as the managing director of Cargill Aqua Nutrition.

The Union of Concerned Scientists (UCS) has hired Charlotte Kirk Baer to serve as managing director for the organization’s Food and Environment Program. Baer comes to UCS after 14 years at the National Institute of Food and Agriculture (NIFA), where she managed grant programs.

Growers Edge has appointed Dan Cosgrove as its new CEO. Cosgrove joined the team in 2019 as the chief strategy officer. Before that, he held leadership roles at Corteva Agriscience, including global lead, corporate development and licensing, vice president of business development, and chief patent counsel.

Jennifer Yezak has been hired to serve as the new associate director of federal relations for Texas A&M AgriLife in Washington, D.C. The Texas A&M alumna most recently served as deputy clerk for the House Agriculture Committee. She brings 15 years of experience working for USDA, where she was director of external and intergovernmental affairs, senior adviser to the Secretary of Agriculture Tom Vilsack, and worked in legislative affairs at the Animal and Plant Health Inspection Service. Her career started in Washington, D.C. as legislative assistant to Sen. Lloyd Bentsen, D-Texas, and she also served as director of legislative and regulatory affairs for the National Association of State Departments of Agriculture for more than six years.

Todd Foley has left the American Council on Renewable Energy (ACORE) where he served as the senior vice president for strategy, policy, and government relations as well as the chief strategy officer. Taking over his responsibilities is chief operating officer Bill Parsons. 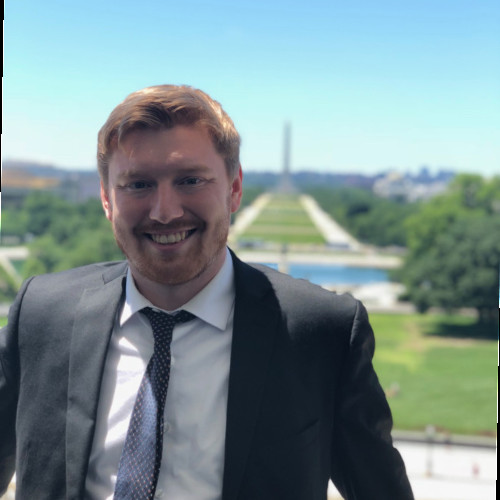 Jocelyn Broman has started in the office of Rep. Paul Cook, R-Calif., as a legislative assistant covering the agriculture, energy, environmental protection, and natural resources portfolio. Broman comes from Sen. Ben Sasse’s, R-Neb., office where she served as a legislative correspondent.

Parker Reynolds has joined the staff of Rep. Bill Flores, R-Texas, as the new communications director. He previously worked in the office of Rep. Todd Rokita, R-Ind.

Audrey Loyola has moved up to press secretary from staff assistant for Sen. Ted Cruz, R-Texas.

Javier Gamboa has joined the majority staff of the House Select Committee on the Climate Crisis as a senior professional staff member under Rep. Kathy Castor, D-Fla. Gamboa is the former deputy chief of staff and legislative director for Rep. Jeff Van Drew, R-N.J.

Sydney Eubanks has been promoted to press secretary from staff assistant for Rep. Dan Crenshaw, R-Texas.

Lindsey Curnutte is now the communications director for Rep. Ken Buck, R-Colo. She previously worked for Heritage Action for America.

The National Academy of Sciences awarded Zach Lippman, Cold Spring Harbor Laboratory and Howard Hughes Medical Institute, with the 2020 Prize in Food and Agriculture Science. Lippman got the $100,000 prize for his work to accelerate crop improvement. His work is aimed at the challenges of increasing crop productivity in the face of declining agricultural land and population growth. The NAS Prize, endowed by the Foundation for Food and Agriculture Research and the Bill & Melinda Gates Foundation, is awarded annually to a scientist who has made an extraordinary contribution to agriculture.

Secretary of Agriculture Sonny Perdue has appointed 18 members and 18 alternate members to serve on The Cotton Board. To see those elected to the board, click here. The appointees will serve three-year terms, ending Dec. 31, 2022.

President Donald Trump has sent to the Senate the nomination of Charles Stones to be a member of the board of directors for the Federal Agricultural Mortgage Corporation (Farmer Mac). ... Farmer Mac has designated LaJuana Wilcher as the new chair of the company’s board of directors, effective Jan. 17. Wilcher is from Bowling Green, Ky., and owns and operates Scuffle Hill Farm in Alvaton, Ky., where she raises Angus cattle, grows hay, alfalfa and fescue, and boards horses. She joined Farmer Mac’s board on Dec. 20 after being nominated by President Trump and confirmed by the Senate. Lowell Junkins of Des Moines, Iowa, has served as chairman of Farmer Mac’s board since 2010, and is in line to serve as vice chairman.

Greg Hinton, vice president of sales at Rose Acre Farms in Seymour, Ind., was elected chairman of the board of directors of U.S. Poultry & Egg Association. He previously served as vice chairman. Hinton has worked in various capacities on boards and committees including the Indiana State Egg Board, USA Poultry & Egg Export Council, International Egg Commission, United Egg Producers, Indiana Farm Bureau and the American Farm Bureau. Also elected to the board are Mike Levengood as vice chairman, Mikell Fries as treasurer, and Jarod Morrison as secretary. John Prestage is now immediate past chairman.

John Melle has announced his retirement as the assistant U.S. trade representative for the Western hemisphere at USTR. Melle joined USTR in 1988 and was appointed to his current position in March 2011. His responsibilities include developing, coordinating and implementing the United States’ trade policy for the Western hemisphere. In 2017, Melle was appointed chief negotiator for the trade talks, resulting in the United States - Mexico - Canada Agreement (USMCA). He helped managed the negotiations lead by the U.S. Trade Representative. Before joining USTR, Melle served two years at the Department of Energy. His last day at USTR is January 31.

Ron Farrell, co-founder of Farrell Growth Group, passed away on Jan. 20 at age 76. His career included leadership positions at Brayton Chemicals, Wilbur-Ellis, and farming in Minnesota during the 1980s. He started Farrell Growth Group in the mid-1990s. He was an advocate for how technology could improve agribusiness and was an active volunteer in the agriculture community. He is known for his interest in others, charisma, and his tireless work ethic.

Dairy Advocate James Samuel “Sam” Stone, passed away on Jan. 22 at the age of 81. Stone began his dairy cooperative career in 1969 with Associated Milk Producers Inc. (AMPI), in San Antonio. His work in government relations began at AMPI in 1974. He worked on numerous farm bills, the Margin Protection Program, environmental regulations and trade deals as an advocate for the dairy industry. He served as vice president of government relations for Dairy Farmers of America and as treasurer of the Dairy Educational Political Action Committee. He also served in the U.S. Army’s 49th Armored Division in 1961 and 1962.