In an op-ed for CalMatters late yesterday, Gov. Newsom shared a few early details on the voluntary agreements for delta water flows that are currently under negotiation.

The result will be binding agreements between agencies and water users, “with partnership and oversight from environmental groups,” he writes. Newsom promises the compromise will “significantly increase the required amount of water flowing through rivers and the delta” over the next 15 years, while adding 60,000 acres of fish habitat. The governor added that he is “committing to achieving a doubling of California’s salmon population by 2050.”

Along with volunteering to unimpaired water flows, the stakeholders will also provide funding to help build “an unprecedented pool of resources.”

The administration also released more details here on the framework behind the agreements. 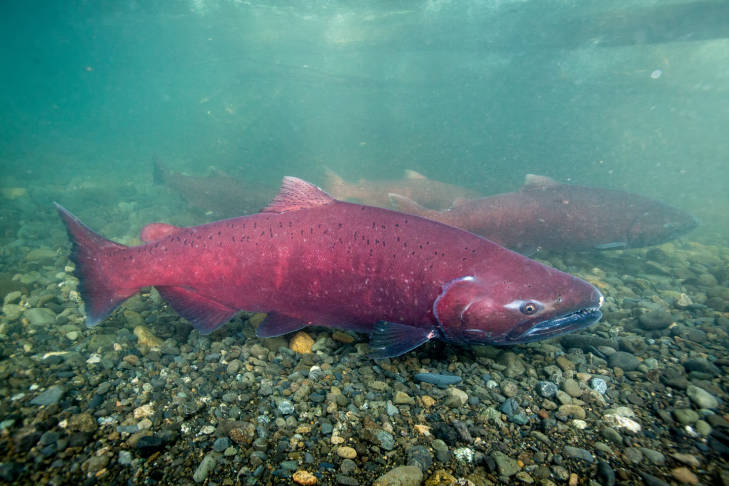 As part of its registration review process, the U.S. EPA released yesterday both its human health and environmental risk assessments for 1,3-D, or Telone.

It concluded “there are no dietary risks of concern” for the soil fumigant. With the potential exposure from ambient air, the assessment looked at air monitoring data and found that neither acute risks nor chronic risks are concerns either.

It said short to intermediate durations of exposure are not of concern, with one main exception: a 90-day rolling average recorded by a California air monitoring network in Parlier in 2018. The Department of Pesticide Regulation has focused on that spike in its own proposal for new restrictions on 1,3-D use.

National Economic Council Director Larry Kudlow on Tuesday added to the concerns of the U.S. farm sector that China won’t be able to boost its ag imports as quickly as expected because the country is desperately trying to contain the spread of the coronavirus.

"It is true the phase one trade deal, the export boom from that trade deal, will take longer because of the Chinese virus," Kudlow said on Fox Business.

Kurt Tong, a partner in the Asia Group and former U.S. consul general in Hong Kong, told an audience Tuesday at the Washington International Trade Conference that China was unlikely to meet the purchase commitments this year that it made under the “phase one” trade deal with the U.S.

A provision in the U.S.-China agreement gives China a break “in the event that a natural disaster or other unforeseeable event.”

Farmers appear somewhat less interested in expanding their operations despite renewed optimism last month in the wake of the “phase one” China deal, according to the latest monthly survey by Purdue University and the CME Group.

The survey’s Index of Future Expectations jumped 24 points in January to a reading of 179. But 44% of farmers said they had no plans to expand their operations, up from 38% a year ago and 28% two years ago.

USDA’s Farm Service Agency is getting some pointed criticism over proposed changes to the Conservation Reserve Program.

USDA issued an interim rule in December outlining how it planned to implement provisions in the 2018 farm bill, but also issued a press release that included some information not found in the interim rule. One notable change: The department said it would be moving State Acres for Wildlife Enhancement (SAFE) into the General CRP.

The National Association of Conservation Districts called the changes “a dramatic shift in the way FSA has historically operated the program.”

January’s Purdue-CME survey included a question about which of the two major commodity programs farmers would choose this year, Agriculture Risk Coverage or Price Loss Coverage.

Economists have been expecting a wholesale shift among corn and soybean growers to PLC. About 57% of the producers surveyed said they are still undecided. About 23% are choosing PLC, while 14% are going for ARC-County coverage. Some 6% said they are choosing the ARC-Individual coverage option.

“While I applaud you for building ‘a great, enduring company that strikes a balance between profitability and a social conscience,’ you lost your conscience when you made rash and false accusations against the dairy industry.” – Dairy farmer Erin Nutcher, in a Modesto Bee op-ed responding to a new Starbucks initiative that calls plant-based milk more environmentally friendly.