Growers fear DPR will regulate 1,3-D out of existence

The Department of Pesticide Regulation held its first public meeting to gather comments on its potential new regulations for the soil fumigant 1,3-D, or Telone.

Early next year DPR may implement interim regulations, making them permanent in summer, according to Assistant Director Karen Morrison. This could include 3,500-foot buffer zones, mandatory tarping for 14 days or 40-acre limits, among other options.

The actions are in response to a one-time spike in Parlier of just 1 part per billion above DPR’s screening level, which was out of more than 3,000 readings.

Jim Baxter, a regulatory affairs manager at Dow, said that threshold of 110 ppb was already well below what U.S. EPA data would determine is safe, at 2,500 ppb. He compared it to the nation setting a 70-mph speed limit, while California sticks to 3 mph.

The economic benefit of 1,3-D, Baxter estimated, is about $234 million per year in California, along with nearly 3,000 jobs spread across rural communities.

Jody Devaurs of Western Ag Processors questioned DPR’s modeling protocol. She said when specific factors are left out, EPA models have over-estimated values by as much as four times.

Renee Pinel, CEO of the Western Plant Health Association, on a similar note asked, “When did screening levels become regulatory targets?” She sat in meetings in the early 2000s when the air monitoring network was introduced as a tool to supplement DPR investigations, not for regulating.

She said “this race to do this more extreme statewide regulation does not fit” the isolated situation DPR has been presenting.

Al Crane, who grows walnuts about 300 miles away, testified that he had never heard of any exceedance issues in his area. He suggested limiting applications just within the Parlier and Shafter areas. Crane also asked DPR not to regulate 1,3-D “practically out of existence” until an alternative is found.

The Almond Board’s Gabriele Ludwig said almond growers have already invested more than $5 million into that research. Resistant rootstocks may be promising but take up to 30 years to develop. She said the challenge is “we really don't know what's going on in the soils,” since more than 60% of the microbes have yet to be identified.

Denise Moore of Fowler Nurseries said without 1,3-D or an alternative, they won’t be able to certify their trees are clean before they sell them to growers. Moore said she’s been going to workshops on alternatives since she was a kid, with no other solution to nematodes found other than flooding a field under six feet of water.

Representing table grapes, Jean-Mari Peltier shared the cautionary story of when Pierce’s disease wiped out the entire grape industry in Anaheim before resistant rootstocks were found. 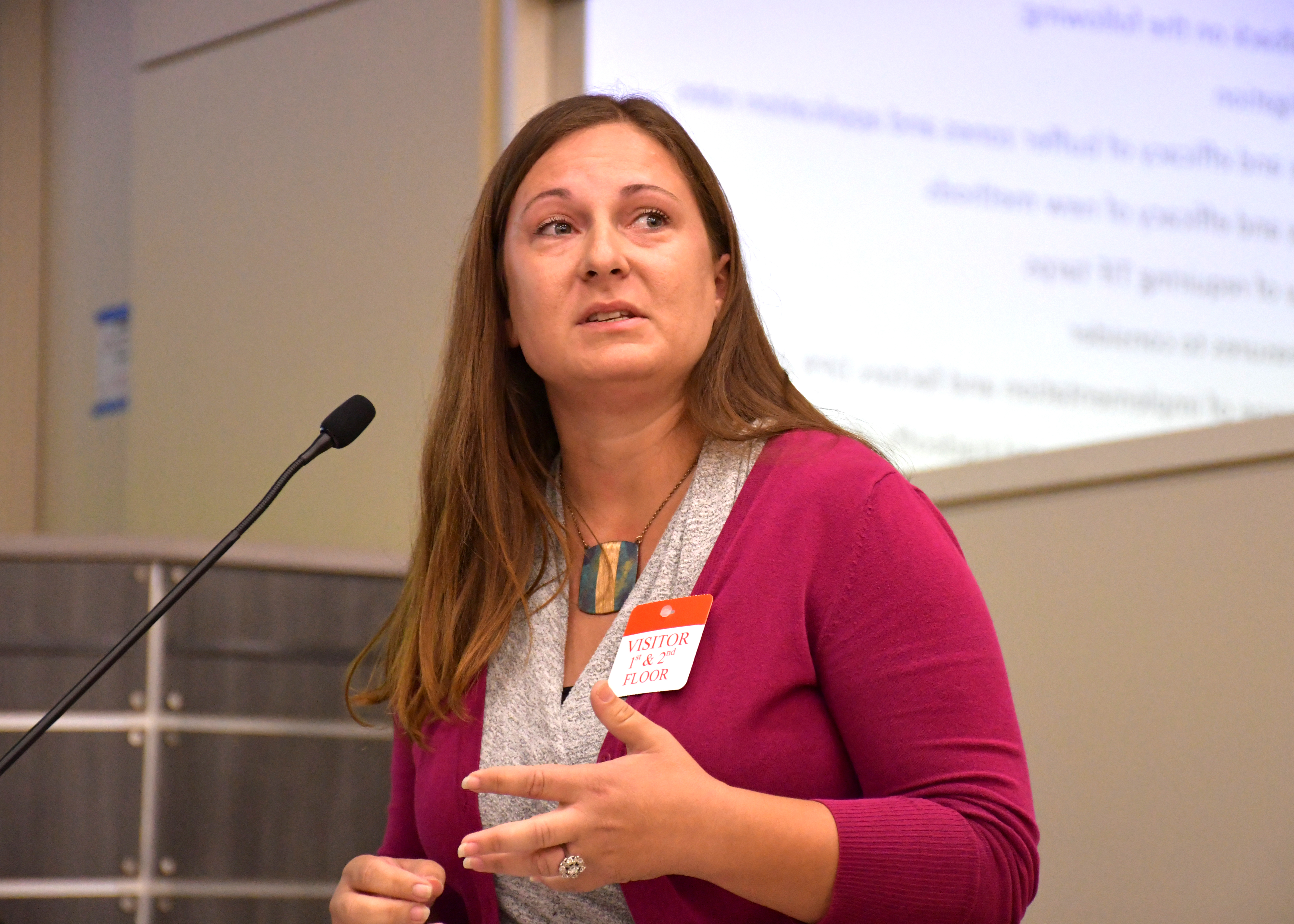 Seade even hand-delivered a letter from Mexican President Andrés Manuel López Obrador to Neal, spelling out what the country is doing to meet House Democrats’ concerns, including funding for labor reform in Mexico’s budget.

“The labor reforms that are underway today … will put Mexico at the forefront of labor rights in Latin America and will guarantee union democracy and the rights of union members as has not been done in more than three decades,” Obrador said in the letter.

Meanwhile: Negotiations between House Democrats and U.S. Trade Representative Robert Lighthizer over the trade pact have ramped up this week. The working group led by Neal to negotiate demands met with Lighthizer Wednesday and Thursday, and an unprecedented third meeting in one week is scheduled to happen today.

The opportunity to work with Republicans and ratify USMCA despite the turmoil surrounding the impeachment inquiry on Capitol Hill is a strong motivating factor for Democrats, Neal said.

“What we have already done is better than what NAFTA represents at the moment,” he said. “That is not in dispute. The question is, can we move it along even more and I think we can.”

But, Neal stressed, “there’s still a ways to go” and he declined to predict whether a House vote could be held before Thanksgiving.

China has promised to purchase a lot more U.S. soybeans, sorghum, wheat and other commodities, but much of the increase in trade is predicted to take place as a result of China agreeing to tear down non-tariff trade barriers, Kudlow said in a CNBC interview.

“It’s something that was agreed upon,” Kudlow said about the $40-50 billion in Chinese imports. “I think it’s a real number. It’s not going to be … just ag purchases, although that’s going to be a huge boost to our farm sector. There is also going to be market access openings with respect to agriculture products and agriculture standards that the Chinese seem to be loosening up on. … That’s a huge piece of it.”

New data from the Internal Revenue Service analyzed by agricultural accountant Paul Neiffer gives some new insight into how much farm income fell off since many commodities hit highs in the earlier this decade.

The data do not include farms that file as corporations and partnerships, but the trend for those entities is likely to be the same, Neiffer writes.

The Department of Agriculture plans to issue a final interim rule for the national hemp program within the next couple of weeks.

“We have been in the interagency clearance process now for over 90 days, working with our federal colleagues through the (Office of Management and Budget) process to get input,” Deputy Ag Secretary Steve Censky said at a Senate Ag Committee hearing Thursday.

By the way: Censky also said $5.5 billion in Market Facilitation Program payments have been made to farmers since the Farm Service Agency began issuing checks the week of Aug. 19.  He said the department was still deciding whether to release another tranche of payments. Producers have until Dec. 6 to sign up for MFP. 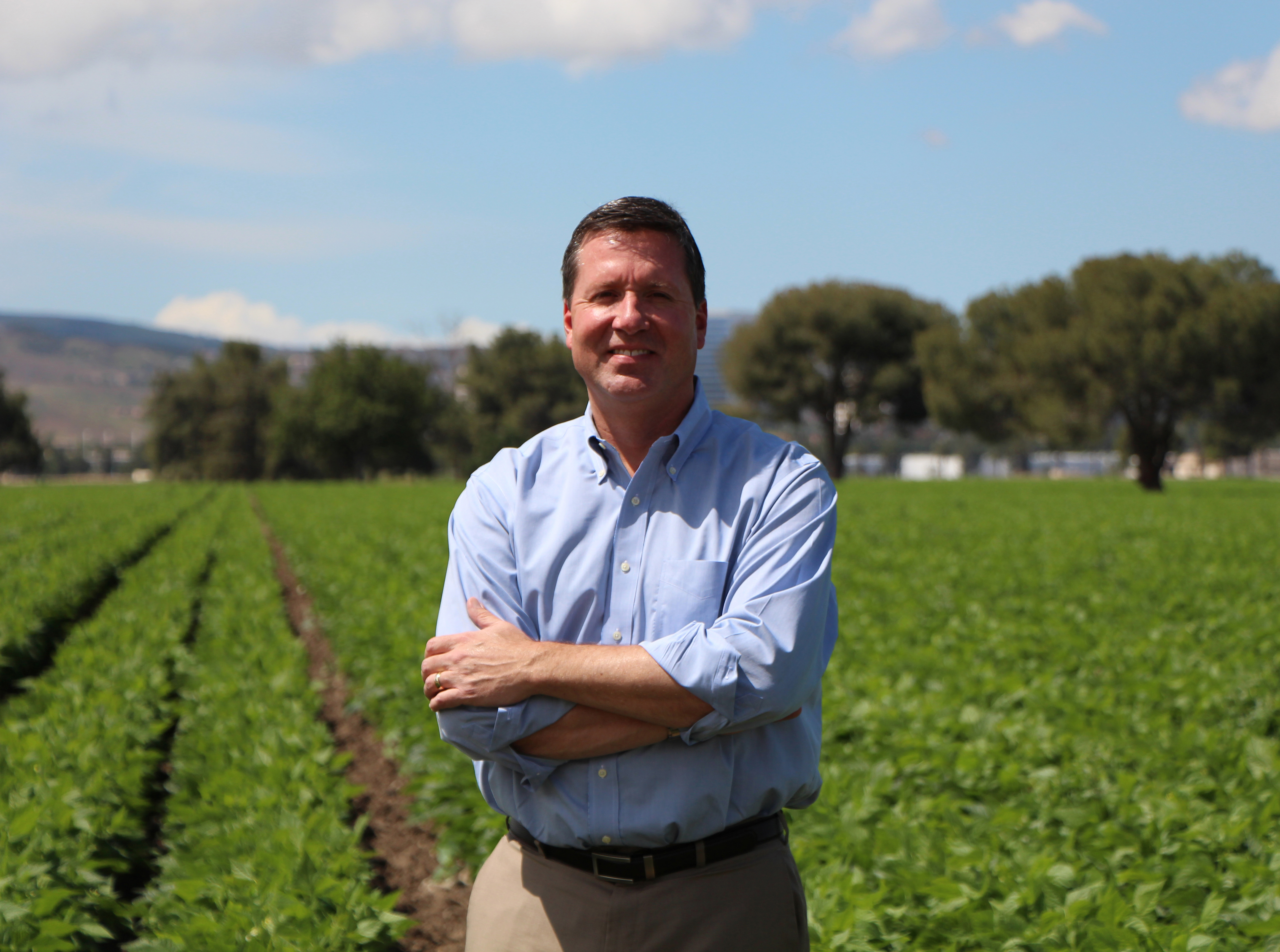 Puglia will succeed Tom Nassif, who is retiring in February after 18 years with Western Growers. In a statement, WGA board member Ron Ratto said: “Tom Nassif was the right leader at the right time for our organization and the industry.”

Puglia joined the fresh produce association in 2005 and serves as executive vice president. Before WGA, he was vice president of APCO Worldwide, a global public affairs consulting firm, and served for seven years in the California Attorney General’s Office, first as press secretary and later as public affairs director.

In reflecting on his years at WGA, Nassif said: “I am proud of the major strides we have taken as an industry during my tenure, and it brings me great satisfaction knowing that the future of our association is secure in the hands of Dave Puglia.”

“Do we want to talk about having plastic all across the San Joaquin Valley that we then have to come up with ways to recycle?” - Jean-Mari Peltier, questioning the tradeoffs with DPR’s proposal of tarping all 1,3-D applications.

California applies more than 12 million pounds of 1,3-D per year. Meanwhile, the Legislature will take up bills in January to ban a number of single-use plastics.