Conservationists not happy with Water Portfolio

Responses to Gov. Newsom’s draft Water Resilience Portfolio are starting to be made public following the close of the comment window on Friday.

Rural County Representatives of California also shared comments on the portfolio last week. RCRC legislative advocate Mary-Ann Warmerdam said in a statement that “the comprehensive nature of the Draft is both its strength as well as its weakness.” She requested specific timeframes for the many proposals.

“Without some sense of the priorities,” she added, “we are concerned that everything is a priority, effectively translating into nothing being a priority.”

In December, CDFA requested a producer of plant-based foods to stop using dairy descriptions on its packaging and marketing. In response, Miyoko’s Creamery filed a lawsuit Thursday alleging CDFA violated the company’s freedom of speech.

“We believe this will restrict the advancement of new and sustainable food systems,” CEO Miyoko Schinner told the San Francisco Chronicle. “California is supposed to be a progressive state that should be setting a gold standard for fighting climate change.”

The California Prune Board has cancelled plans for marketing prunes in China this spring, with the State Department having implemented a broad travel advisory over concerns with the coronavirus.

In a statement Friday, the board said it had been seeing significant growth over the previous two decades in China. But the prune industry has faced a 75% tax from retaliatory tariffs for the last two years. Yet the board sees an optimistic future for the market as middle-class incomes rise and diets broaden.

Keep in mind: California produces 99% of the U.S. supply of prunes and 40% of the world’s supply. The board represents 800 growers and 28 handlers. 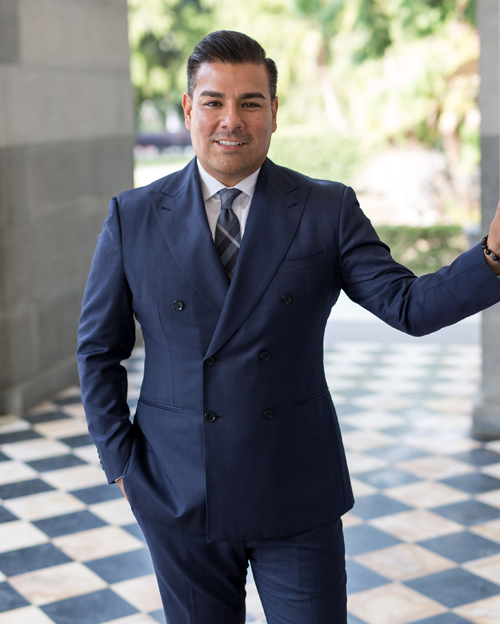 The Western Agricultural Processors Association recently hosted State Insurance Commissioner Ricardo Lara and his staff to discuss “skyrocketing rates for property and casualty insurance,” according to a WAPA update. Also at the meeting were citrus and fruit groups and a Fresno-based farmers league.

They also shared with Lara challenges with stock insurance for agricultural products. According to WAPA, some processors have seen rate increases of more than 200% “or even unwillingness to cover agricultural commodities for the full value.” Covering onsite inventories of product often requires multiple policies.

This was due mainly to “devastating losses” from wildfires and some firms leaving the state. A follow-up meeting in the coming months will explore solutions.

The Friant Water Authority will host a town hall meeting in Tulare County on Feb. 18, with a focus on the San Joaquin Valley’s water future. 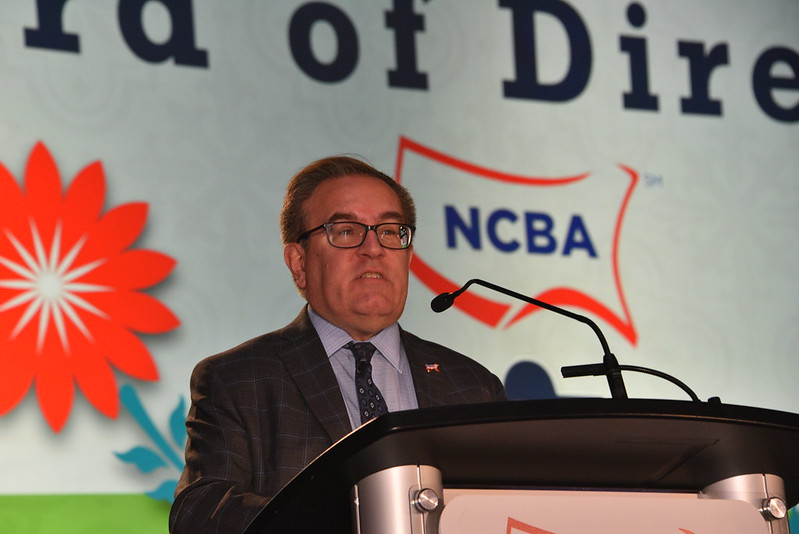 Wheeler at the cattle convention. (Photo by ZimmComm)

Wheeler says a legal battle over the administration’s new “waters of the U.S.” rule will likely go all the way to the Supreme Court, but he expresses confidence that the justices will uphold the new limits on the jurisdiction of the Clean Water Act.

Wheeler warns, however, that there may be some lower court decisions against the new rule.

If Trump is not re-elected this fall, Wheeler is aware that a Democratic Congress and Democratic president could undo regulatory changes that are done too close to the end of this administration.

The Republican Congress in 2017 worked with the Trump administration to use the Congressional Review Act to kill a series of rules that were finalized late in the Obama administration.

The president’s fiscal 2021 budget is due out today, and it will include $25 billion for a new "Revitalizing Rural America" grant program for high-speed internet and transportation projects, according to an administration source.

No details of the proposal, including how it would be funded, have been provided by the White House or USDA.

The budget will request $250 million for the USDA’s ReConnect broadband loan and grant program. That is $300 million less than Congress provided for FY20.

For more on what is happening in the nation’s capital, read our Washington Week Ahead.

One of President Trump’s core objectives is to rid the world of tariffs, and he’ll continue to use tariffs to accomplish that, Commerce Secretary Wilbur Ross says.

Speaking Friday in Oxford, England, Ross said tariffs are the Trump administration’s only tool to “motivate trading partners to negotiate away some of their artificial advantages. Without tariffs, and the threat of additional tariffs, countries would remain with trade barriers lopsided in their favor.”

“California stepped up when the Trump administration refused to defend the health of kids, farm workers and communities from chlorpyrifos." – Gov. Newsom, in a statement Friday flaunting his pesticide ban as a way of also protecting clean air and clean water from President Trump.