CRP: Cuts in payments, lack of clarity slammed in comments

The Farm Service Agency needs to provide clear guidance to producers trying to enroll in the Conservation Reserve Program and reexamine its reductions in incentive payments, which are likely to discourage producers from signing up for the popular program.

Those were among the messages delivered in comments from farm groups, state wildlife agencies, conservation groups and Capitol Hill to the agency on its Dec. 9 interim rule to implement the 2018 farm bill's changes to CRP. (At the same time, USDA opened a general signup that ends Feb. 28.)

Major changes were legislated in the 2018 farm bill, including lower rental rates, increasing the acreage cap gradually to 27 million acres by 2023, and introducing a new program as the focus of continuous CRP (CCRP) signups — the Clean Lakes, Estuaries, and Rivers (CLEAR) Initiative, which is supposed to account for 40% of the new “continuous” acres, but was only tangentially mentioned in the interim rule.

“They really cheapened the value of the continuous signup,” said Ferd Hoefner, senior strategic adviser at the National Sustainable Agriculture Coalition (NSAC). “These cuts are going to have a significant impact; more farmers won’t get to enroll.”

In addition, in a discretionary decision, FSA moved the State Acres for Wildlife Enhancement (SAFE) program from continuous signup to the general signup, where signing and practice incentive payments are not offered. But even within CCRP, PIPs that help pay for adoption of new practices have been drastically reduced.

FSA said it plans to publish responses to the comments soon.

SAFE is a conservation practice that allows producers in designated areas to enroll if they make certain changes to their property, such as planting trees, grasses, forbs or other species to help restore or improve wildlife habitat.

Since it started about 12 years ago, SAFE has had financial incentives that have helped it grow, including SIPs and PIPs. The Association of Fish and Wildlife Agencies said SAFE accounts for 25% of all continuous CRP acreage “and is three times more popular than the second most subscribed continuous practice, Non-Floodplain Wetland Restoration.”

The Washington Department of Fish and Wildlife (WDFW) said although “FSA messaging during the General CRP signup said producers would have ‘increased opportunities for enrollment of wildlife habitat through [SAFE], in practice, the opposite is true. Now producers can only offer acres during the annual general signup through a competitive process rather than the past noncompetitive continuous signup.”

And the PIPs, which at one time were 40% of eligible installation cost, have been reduced to 5% in the latest continuous signup, numerous commenters pointed out. The farm bill gives FSA the discretion to go as high as 50%, and FSA touted the 50% ceiling in a recent fact sheet.

WDFW said switching SAFE to the general signup “greatly reduces the incentives for producers to offer acres for enrollment in SAFE.” The state agency noted that in general signups, FSA will not provide SIPs or PIPs, “amounting to a drastic reduction of upfront cost-share to help producers establish cover.”

The National Association of Conservation Districts (NACD) also blasted the change, calling it “a dramatic shift in the way FSA has historically operated the program [that] can actually disincentivize landowners from applying to enter the SAFE program.”

The National Wildlife Federation, along with 14 state affiliates, said it was “very concerned that this steep, needless reduction in PIPs will significantly reduce landowner interest in continuous CRP practices. This is especially relevant given that the 2018 farm bill reduced rental rates as well as SIPs. Combined, these decreases in incentives and payments could lead to reduced interest in the program — and specifically in reduced interest in continuous CRP practices, which are particularly important for water quality and wildlife habitat.”

The Theodore Roosevelt Conservation Partnership urged FSA to keep SAFE in the continuous signup. “TRCP shares concerns submitted by other sportsmen and conservation groups that without SAFE, Continuous CRP will be unable to meet the statutory 8.6-million-acre floor” in the 2018 farm bill, the group said. 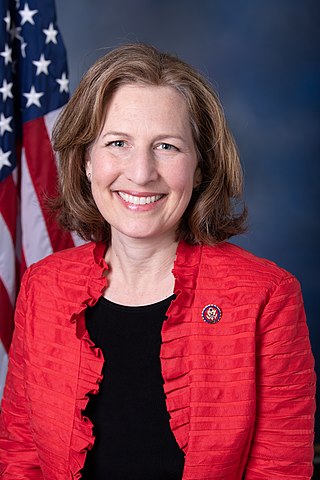 NWF said if FSA “does not offer SAFEs and other wildlife and pollinator practices during continuous enrollment in the future, it could lead to substantial impacts on wildlife species such as lesser prairie chicken, sage grouse, northern bobwhite quail, gopher tortoise, and many more.”

Rep. Kim Schrier, D-Wash., echoed those concerns at a recent House Agriculture subcommittee hearing, but pointed to another problem affecting Douglas County, parts of which are in her district: A sage and sharp-tailed grouse SAFE in the county exceeds a cap of 25% on county acreage enrolled in CRP by more than 40,000 acres. Douglas County wants a waiver from the cap.

FSA Administrator Richard Fordyce pledged to work with Schrier on a waiver and defended the move of SAFE to general signup.

“Moving SAFE to the general would offer more opportunities for folks who want to engage and participate,” he said. “A lot of [SAFE] covers are more grass-type covers. Our general practices have more of an opportunity for larger blocks of land.” He added that “SAFE-like practices” can go under CCRP.

The changes to the longstanding program are causing some confusion in North Dakota, said Terry Steinwand, director of the North Dakota Game and Fish Department.

“It appears that many county USDA office personnel have not been adequately informed about changes to CRP,” Steinwand said in NDGF’s comments, adding that the “confusion and hesitation” caused by holding a general signup using an interim rule could result in low turnout, despite a high level of interest by producers.

Asked about confusion among producers, a USDA spokesperson said "FSA continues to provide outreach to producers across the country on their options under CRP and other agency programs. In addition to the tools available on our website at www.fsa.usda.gov/crp including a CRP General Environmental Benefits Index fact sheet, county office staff and partners attend public meetings and work one-on-one with producers to meet their goals for their farming or ranching operation." The spokesperson also said, "if a producer is interested in CRP or any of our programs, we work with them to help them understand their options and enroll in our programs if they are eligible."

NSAC said it’s concerned about efforts to sign up so many acres this year that there won’t be any left over. FSA “has suggested in various public statements it might sign up every last available acre under the total program acreage cap,” but NSAC urged FSA to “show restraint.”

Signing up a lot of acres this year would probably result in “lower environmental benefits on average, and then fewer acres in future years, at higher levels of environmental benefit. In our view and the view of most serious policy analysts, the best environmental result comes from a relatively steady enrollment level year in and year out,” the coalition said.

NSAC's Hoefner estimated USDA’s cost savings from the three major changes — the PIP reduction, elimination of the Continuous CRP rental rate bonus of 20%, and moving SAFE from CCRP to General — will save more than $500 million over five years. But if you add “what could be a big push to enroll lots of cheap, marginal but not very environmentally beneficial acres during this general signup going on now, it could be closer to $1 billion.”

CRP will cost about $2 billion per year through the life of the farm bill (2019-2023), the Economic Research Service estimates, based on Congressional Budget Office projections.