Producers have signed up in increasing numbers to protect grasslands, adding more of a “working” element to the Conservation Reserve Program, which has long been viewed as a land-retirement measure.

The recent approval of 3.1 million acres of grasslands eclipsed last year’s total of 2.5 million acres by 22% and signals a “new era” for CRP, says Ferd Hoefner, the founder of Farm, Food, Environment Policy Consulting and a former policy director at the National Sustainable Agriculture Coalition.

Farmers who enrolled in Grasslands CRP receive a smaller payment than they can get for traditional CRP but they also are allowed to graze the land or cut the grass for hay or use it for seed production.

“I think producers are coming to understand that this is really a working lands conservation program,” Farm Service Agency Administrator Zach Ducheneaux told Agri-Pulse. “It can offer them another income stream while they still get to use their land, and it offers them the chance to access some practices that they may not have the resources to do on their own.”

This year, FSA expanded the Greater Yellowstone Wildlife Migration Corridor Priority Zone to include seven more counties in Montana, Wyoming and Utah, “to help protect the big-game animal migration corridor associated with Wyoming elk, mule deer and antelope." The Dust Bowl Zone stretches from the southernmost point of the Texas-New Mexico border up to the northern reaches of the Kansas-Colorado border. 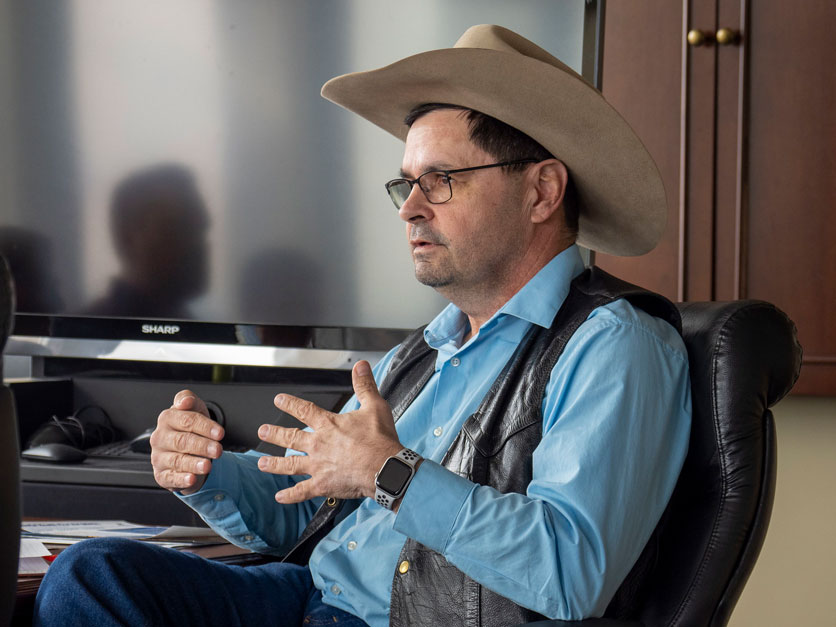 FSA Administrator Zach Ducheneaux Hoefner said that with the additional grassland CRP acreage, “By the end of this fiscal year, grasslands (GCRP) will be almost 30% of CRP and continuous (CCRP) will be about 35% of CRP, meaning that the general sign-up, or what most people think of when they hear CRP, will be a minority of the program at about 36%.”

“Slowly but surely CRP is becoming more of a working lands program and less of a land retirement program,” he said.

With higher commodity prices causing more farmers and ranchers to keep their lands in production, “There is every reason to believe that this trend will continue for the near term at least, with GCRP and CCRP going up and general sign-up going down,” he added.

Asked if he expected the grassland portion of CRP to continue expanding, Ducheneaux said he believes it “is really going to become a big component of our conservation work” because “producers don't have to radically change the nature of their production.”

“This allows them to have that added income stream that can help support them, especially the livestock industry as they deal with all of the pressures of a consolidated industry,” he said.

Mark Goes, chair of member services at Nebraska Cattlemen and a Southeast Nebraska rancher, touts the program’s benefits and is pleased to see it increasing in popularity. He points to the need for ranchers to show they’re being environmentally responsible as a big reason behind the growing acceptance of the program.

“Needing to prove to our customers that the cow and the grasslands are a positive to our environment, and to our climate, etc., that involves good forage management and good range management practices," he said. "And that includes good grazing practices to keep the rangelands in positive condition. And that's what the [grassland] CRP does for the producer.”

Under the grazing management scheme he has instituted on his 200 acres, Goes said he has installed water lines and cross fences, and rotates his cattle regularly, targeting undesirable plant species for grazing.

Improvements in the land take time, he said. “We've been somewhat abusive to rangeland in the United States over the last 150 years, and with that type of negative pressure, you can’t fix it overnight,” he said.

“We've been with the grazing land CRP for near 10 years,” Goes said. He has seen a decrease in weed load and an increase in the land’s ability to hold water.

Goes said he receives between $30 to $40 an acre under the program. Nationally, the average is $15 an acre, compared to $56 an acre for contracts enrolled under the general-signup rules.

Overall, the CRP program is likely to end up with 23.8 million acres enrolled as of this fall, Hoefner estimates.

According to FSA, 5.6 million acres are entering CRP for fiscal 2023, surpassing the 3.9 million acres in contracts that expire Sept. 30, the end of FY22.

Ducheneaux said FSA is focused on reaching the program's limit under the 2018 farm bill of 27 million acres for FY23.  “I see it as a target personally, and I know we're really interested in getting more conservation practices on the land,” he said. 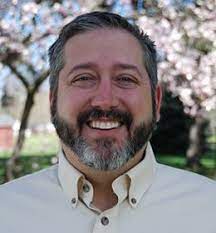 Jim Inglis, Pheasants Forever Jim Inglis, director of governmental affairs at Pheasants Forever, said “there's still a lot of acres underneath the cap even with these 3.1 million acres coming in. So, you know, we've got to try to fill that up the best that we can.”


Inglis, along with National Wildlife Federation Senior Director of Agriculture Policy Aviva Glaser, also took issue with the notion that much of CRP land is not “working.”

“We look at it that CRP has always been a working lands program,” Inglis said. Just because CRP land is not producing a crop, that does not mean it’s not providing valuable services for the grower in terms of preventing soil erosion or enhancing water quality, he said.

In addition, “you can still hay and graze most of the practices if you want,” he said. The 2018 farm bill expanded grazing and commercial uses on CRP land.

“We don't like calling CRP a land idling or set-aside program, because so much of CRP is working — just in a different way,” Glaser said. Although NWF has not developed its farm bill priorities, she recommended that rental rate caps be removed so farmers can get “fair compensation.”

“Those were put in the last farm bill to help get savings in order to increase the overall CRP acreage,” she said. “But we’ve seen some struggles in getting to the cap. And so, from our perspective, we think that we shouldn't have those rental rate caps in the statute.”