The State Board of Food and Ag heard from a range of ag groups at its monthly meeting, which was held at the World Ag Expo yesterday.

Moving land away from farming, even temporarily, is hard for a farmer to reverse later. Blattler added that fallowing will have a ripple effect on the valley’s economy, with disadvantaged communities hit hardest. “Jobs will be permanently lost and converted away from ag,” she warned.

Citrus Mutual President Casey Creamer said issues with labor, water, pests and disease are getting too costly and revenues are not rising.

On pesticides: Citrus growers have paid a “tremendous amount” to educate backyard growers on citrus greening, according to Creamer. Yet concerns are rising that soon the disease will spread widely to commercial orchards in the state. He said growers will spray their trees, but the psyllids escape to residential trees, returning to the orchard later.

Blatler noted the loss of more than half the UC farm advisors in the state due to budget cuts. She worried about the impacts that would have with SGMA and responding to pests. Roger Isom, who represents food processors and cotton growers, said UC has not replaced retired IPM specialists, leaving many growers without help in reducing pesticide use and without research into alternatives.

Isom said the loss of chlorpyrifos is a significant issue with cotton. With one alternative, sulfoxaflor, the Department of Pesticide Regulation was granting cotton growers a special local needs exemption each year. Yet DPR has signaled it may not grant that exemption again due to concerns from environmental advocates, according to Isom. He said neonicotinoids were also taken away because of risk to bees, since they sprayed at night.

That makes five chemistries a grower can use in Arizona but not if they walk into California, he said.

On air quality: Isom said farmers have had to replace irrigation pump engines multiple times to meet air quality regulations. Now they are upgrading to tier 4 engines, he explained. The state has also mandated that every truck in the San Joaquin Valley be replaced and has added tractors, which is “not cheap,” he said. Yet Newsom again cut the funding for the state incentives program for upgrades in his draft budget. Without that, the valley will “miss the boat” on its air quality goals, Isom warned. 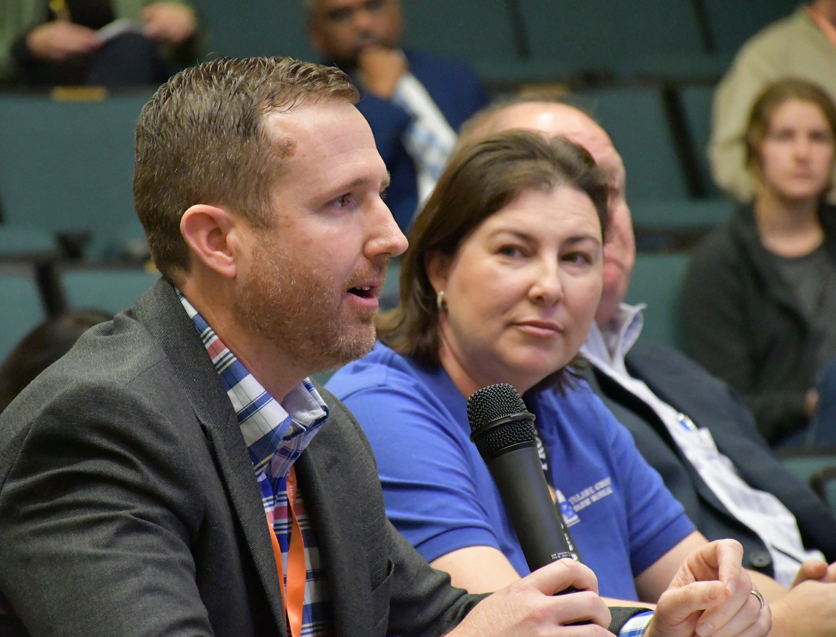 U.S. and British officials have not even begun to negotiate a free trade agreement, but several GOP senators are already pressing U.S. Trade Representative Robert Lighthizer to demand the U.K. lift its tariffs on U.S. rice.

The U.K., as part of its European Union-set trade policies, charges a prohibitive tax on U.S. milled rice that ranges between the equivalent of $117 and $142 per metric ton on rice above a 38,000-metric-ton tariff-rate quota. On top of that, there is an added 25% retaliatory tariff that was applied by the EU in retaliation to U.S. steel and aluminum tariffs.

“Given market demand and existing relationships with Britain’s importers, the U.S. rice industry stands ready to regain significant market share through these negotiations,” the senators said in a letter to Lighthizer.

USDA’s Foreign Agricultural Service has pulled 14 of its 17 officials out of China and Hong Kong out of concerns over the spread of the coronavirus, sources tell Agri-Pulse.

Some of those returning employees are still under quarantine. Others are now working in temporary offices at USDA headquarters.

Why this matters: The recall of staff diminishes the presence of USDA in China at a difficult time. FAS staff are the eyes and ears of the department in China at a time when trade is threatened by the spread of the virus.

Traders brushed off USDA’s World Agricultural Supply and Demand Estimates report on Tuesday after it contained little new data about exports to China.

“Traders were really hoping USDA would give an indication of export demand based on a ‘phase one ‘deal,” Allendale Inc. broker Nathan Cardwell tells Agri-Pulse.

Cardwell said the report left traders unsure of what China is looking to buy and provided little indication of how the coronavirus is affecting imports.

USDA’s inspector general has launched a multi-part investigation of the Market Facilitation Program and the other forms of trade assistance that the Trump administration has been providing.

A report on whether USDA used its legal authority will be out later this year. The investigation also will include an audit of a sample of farmers.

For more on the investigation, plus a look at the impact of a potential U.S.-Kenya trade deal, be sure and read this week’s Agri-Pulse newsletter.

“It's been very sobering listening to you all.” – State Ag Board member Nancy Casady, after listening to testimony from Blattler, Creamer and Isom.

Bill Tomson, Ben Nuelle (from Houston) and Steve Davies contributed to this report.

Daybreak: State Water Board releases draft Wine Order
Farmers can do more to save water, says State Ag Board president