Home » A silver lining for California’s fruits and nuts, despite the trade war
WEST

A silver lining for California’s fruits and nuts, despite the trade war

In an interview with Agri-Pulse last week at the World Ag Expo, Rabo AgriFinance analyst David Magaña shared insights on market expectations for California’s fruits and nuts. Overall demand is growing, though international competition has been catching up in some sectors. While more details remain to be negotiated, Magaña is cautiously optimistic the improvement in trade talks with the “phase one” deal with China is a good sign for California agriculture.

Almonds, of course, remain strong. Magaña said California has the advantage of being the dominant supplier of global production and the sector is estimating record supplies this year, while shipments to date are in line with previous years.

Yet the challenges are compounding when it comes to walnuts.

“Even though production is higher than it was two years ago, we're still selling less and less (proportionally) every year,” said Magaña.

Adding to that, China is increasing its own walnut production. Chile has also been growing more competitive and is now the second largest exporter behind California. Yet Chile is battling a large drought and the impacts are yet unknown for its production.

Meanwhile, pistachios are dealing with an off year in production, since the Chinese New Year came early, narrowing the window for this top market and stagnating shipments. India is increasingly growing as a market as well. Like almonds, pistachios will be seeing increased supplies in California.

Pecans are struggling under the trade war, as China is now sourcing from Mexico instead.

“Exports are way down compared to historical average,” said Magaña. 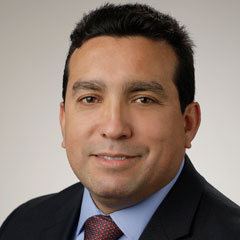 Yet he sees a bright side overall for pecans, as commitments are up 16% for the season, according to industry estimates.

“It's showing signs of strong demand and possibly price recovery,” he said.

Growing Chinese demand may ease hurt from tariffs on fruits, tree nuts
A bright future for nut growers, despite rising costs in California

When it comes to fruits, the citrus market has been under pressure for years. Magaña said the U.S. is exporting fewer oranges to Hong Kong and less to Canada, surprisingly.

California Citrus Mutual President Casey Creamer recently said the U.S.-Mexico-Canada Agreement is coming at just the right time to revive that market. Navel orange sales were down 36% in 2019 compared to the prior three-year average, while this year is already starting much lower than in 2019, according to Creamer.

Lemons, meanwhile, have been showing low prices across multiple years, with increased competition from Mexico and Chile, according to Magaña.

Similarly, some stone fruits have been experiencing prices 10-15% lower on average year-over-year. This is due to increased supplies and more competition during the summer, as well as more berries and apples available at the supermarket. Many of these growers, he noted, have been switching to tree nuts.

Magaña cautioned that fruit consumption overall is actually growing on a per capita basis in the U.S., with berries being the fastest growing sector. Blueberry consumption has jumped threefold over the last decade, to about two pounds per person annually. By comparison, however, strawberry consumption is at eight pounds per person. Magaña said these trends will grow, particularly since little is exported to China and would be impacted by the trade war.

With avocados, California cannot produce enough, he said. The state is seeing production up by 70% over 2019, an extremely low crop year. While Mexico ships year-round – and supplies 90% of the U.S. avocados for Super Bowl guacamole – its production is down in summer, when California is peaking. Peru, on the other hand, is rapidly planting trees and will bring increasing competition for the state.

“There is just one California,” he said, repeating a common refrain by economists here. “There are not many regions like this in the world where you can produce all these types of commodities.”

Magaña also had high hopes for the growing global middle class, which is expected to hit 4 billion this year, about half of the world’s population. In 10 years, that will be 5 billion. With the expansion comes continued demand for value-added crops like tree nuts and fruits.