Mathis: Newsom’s first water priority should be fixing the canals

Repairing the state’s conveyance system should be at the top of the list for Gov. Newsom’s Water Resilience Portfolio, according to Republican Assemblymember Devon Mathis of Tulare County.

“When we start getting into dealing with (the Sustainable Groundwater Management Act) and conversations about moving floodwater down, you have a capacity issue that needs to be fixed,” he told Agri-Pulse.

Mathis said money spent on the new Delta tunnel project, about $11 billion, should instead be used for projects like repairing the Friant-Kern Canal.

“People wonder why you don't just turn on the pumps on the existing infrastructure we have and save that money to – I don't know – fix Friant,” he said.

The state bill proposing $400 million to fix the canal was held in committee last year and missed a critical deadline to be reintroduced this year. Mathis noted the Newsom administration is, however, considering a deal to split the cost three ways between federal agencies and the Friant Water Authority.

A climate bond in the Legislature also proposes $50 million for the canal.

On that note: Mathis said it is “definitely concerning” that the Department of Finance has not been tracking the potential economic impacts of SGMA. He worried the reduced farm revenues would lead to less tax revenue for the state and tip California into a recession, since a slowdown is already predicted.

A new study on those impacts is set to be released early this week. UC Berkeley Economics Professor David Sunding told Agri-Pulse the study goes beyond a well-publicized 2019 report by the Public Policy Institute of California. For one, it also factors in changes to surface water deliveries.

Sunding found that SGMA will likely result in farm revenue losses of more than $7 billion annually, with the valley’s lowest-income communities hit hardest.

If that’s not scary enough, a study last year found that medieval “megadroughts” are likely to return to the Southwest. The authors note that these droughts will span decades and are “almost assured” as global warming comes to “dominate the climate” here.

The U.S. Drought Monitor currently shows 70% of the state is abnormally dry. 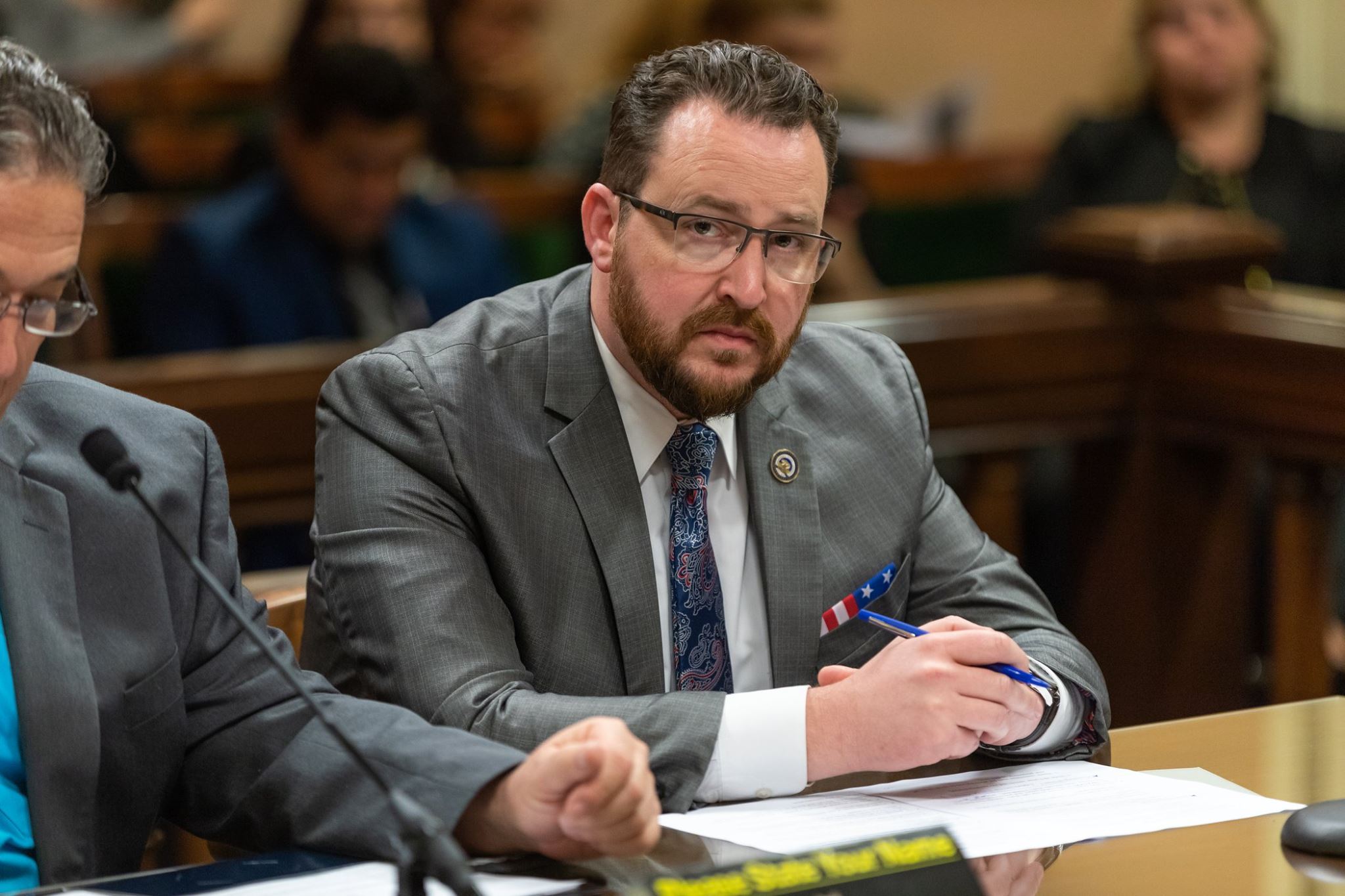 The U.S. Bureau of Reclamation and the Contra Costa Water District have released for public comment the final environmental documents for expanding the Los Vaqueros Reservoir. The plan would nearly double the capacity to 275,000 acre-feet while adding new conveyance facilities.

The reservoir mainly supplies the Bay Area with drinking and industrial water. But the expansion will allow more water to be stored and delivered via the Central Valley Project to farmers in the San Joaquin Valley as well.

“If constructed, the project would help ensure water is available to meet the needs of residents and businesses, along with Central Valley agriculture, habitats and species,” said Regional Director Ernest Conant.

On that note: Reclamation also announced Friday it has converted 75 service contracts for the Central Valley project to permanent rights to water for those contractors. The water districts have three years to finish repaying their shares of the construction costs, which will total more than $200 million. Conant said that money with go toward much-needed storage projects. 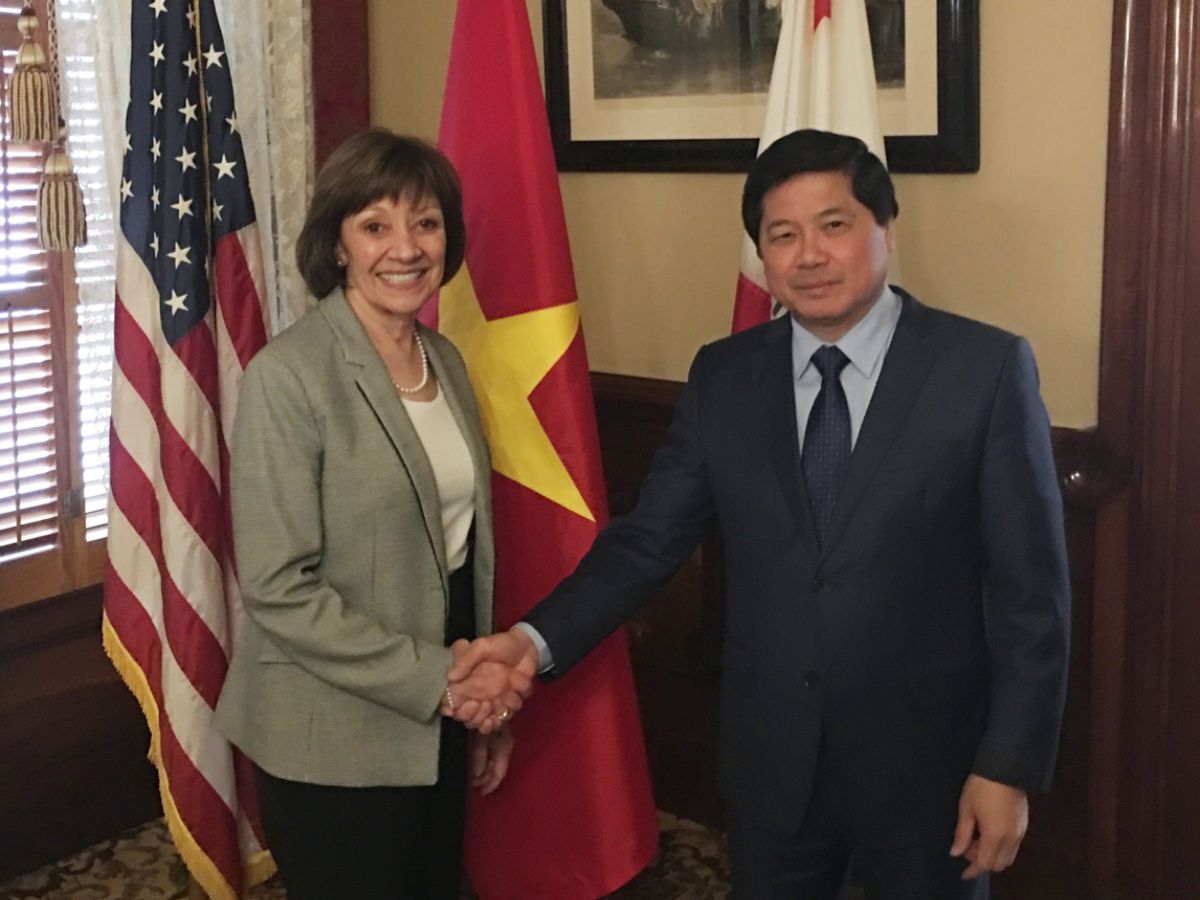 CDFA Secretary Karen Ross met with a Vietnamese delegation of government and business leaders led by the Ministry of Agriculture. They discussed collaborations on trade, climate and technology.

Agriculture Secretary Sonny Perdue is trying to dissuade farmers from expecting more Market Facilitation Program payments this year despite President Donald Trump’s promise to provide more aid if his trade deals don’t kick in. During a speech Friday, Perdue noted that the president said "if" trade doesn't expand as planned, he will help farmers again.

Just ahead of Super Tuesday, Mike Bloomberg released an outline of his agriculture policy. It’s basically a set of principles or priorities, starting with a promise to “ensure fair competition in the ag sector.”

He also calls for promoting soil conservation, increasing the amount of acreage being farmed with “regenerative” practices, and exploring ways “to align crop insurance with conservation.”

Bloomberg briefly addresses the ag labor issue by proposing to “modernize” the H-2A visa program to make it “work better for both farmworkers and farms of all sizes.” He also says he wants to expand farmworker protections, including overtime rights.

It’s only been about a week since Britain published its negotiating objectives for a trade agreement with the European Union, but today is the day the U.K. releases its goals for a separate trade pact with the U.S.

U.S. negotiators say they are eager for such a pact in order to pry Britain away from Europe’s restrictive policies on agriculture that bar many U.S. farm goods, but the EU is also in the race to get a trade deal with the British.

U.K. negotiators stress they are committed to conducting both negotiations separately, but also at the same time. That did not sit well with some in the EU.

Bernd Lange, chairman of the European Parliament’s Committee on International Trade, last week stressed to reporters in Washington that the EU will insist that its talks with the U.K. are conducted first.

“Many of those million-dollar (groundwater sustainability plans) are not worth the paper they’re printed on.” – Fresno State water researcher Thomas Esqueda.

Esqueda argued in a Fresno Bee op-ed for the state to stop the “parochial” water battles by taking more of a leadership role in SGMA implementation.

Daybreak: Farmers can expect groceries to be the top market until summer
Daybreak: Congress takes up debate on fixing the Friant-Kern Canal
Daybreak: All eyes are on Newsom for water funding