The U.S. Food and Drug Administration yesterday laid out its 2020 action plan for staving off more E. coli outbreaks in leafy greens. The plan details more than two dozen goals, some of which are in direct response to the 2019 romaine lettuce outbreak that was traced back to the Salinas Valley.

In the area of prevention, FDA will propose a water rule for covered produce, which it had delayed last year.

With EPA, it plans to register more antimicrobial products for treating water. Right now, the only chemical available is chlorine, which raises questions about long-term impacts to soil health.

As far as responding to outbreaks, FDA will propose a rule to help records on track and trace better support end-to-end traceability. It will also work with a task force on scaling up viable traceability programs.

The agency will also partner in more research areas to better understand the pathogen, including its growing environment and how it benefits from some composting practices. This will include further research into the role of adjacent land use in outbreaks.

The California Leafy Greens Marketing Agreement immediately applauded the plan. In a statement, the state program welcomed any FDA input gathered from investigations and pointed out that LGMA members already abide by the world’s “most stringent” food safety standards.

DOJ, California and other states square off over food stamp limits

Attorneys representing USDA, the District of Columbia and D.C.-based Bread for the City squared off in court Thursday over USDA’s new rule making it more difficult for states to get waivers from SNAP work requirements.

The changes are expected to reduce the SNAP rolls by nearly 700,000 people nationwide, including 13,000 in the nation’s capital.

“All the states are scrambling with very large regulatory burdens because of this sea change” in the law, D.C. deputy attorney general Kathleen Konopka told U.S. District Judge Beryl Howell, who did not indicate when she would rule on the request by D.C., New York City, California and 13 other states to stop the rule from going into effect in April.

The changes will require more able-bodied adults without dependents (ABAWDs) aged 18 to 49 to either work or be in a job-training program 20 hours a week in order to receive benefits.

Justice Department attorney Chetan A. Patil defended the rule but struggled a bit when Howell asked him how the government would deal with disproportionate effects on minorities. Patil said USDA would work with states to identify mitigation strategies.

USDA ready if coronavirus worsens in US

USDA food officials say the department “stands ready” to provide meals to people who need them if the coronavirus causes food distribution centers to close across the country.

“All of our programs have flexibilities and contingencies built in to allow us to respond to on-the-ground realities and to take action as directed by Congress,” said Brandon Lipps, USDA’s deputy undersecretary for Food, Nutrition and Consumer Services.

By the way: Four members of Congress formed the Congressional Supply Chain Caucus due to the outbreak. The goal is to strengthen and add resiliency to protect the nation’s delivery system. 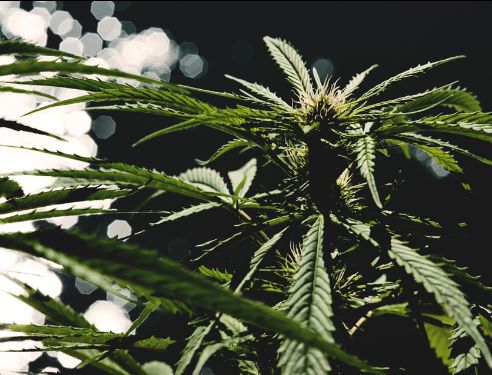 In a report to Congress, the Food and Drug Administration says it’s “actively considering potential pathways” for allowing CBD in dietary supplements via a formal rulemaking process. But the agency continues to have safety concerns about permitting the hemp product in food.

FDA also says it’s working on a “risk-based enforcement policy that would provide greater transparency and clarity” about how it will prioritize enforcement decisions. No timeline for the policy was provided.

Keep in mind: FDA has been under pressure from hemp producers and the CBD industry and some in Congress to legalize more CBD products.

Russell Laird of the National Industrial Hemp Council tells Agri-Pulse that FDA needs to finish its enforcement discretion policy to “ensure that low quality products aren’t thrown out on the market in a rush to make a buck such that consumers could get hurt. That’s what the good companies are desperately wanting.”

“It's probably more accurate to say we have 800,000 acres of farmland today that rely on unsustainable groundwater practices than to say SGMA will lead to the loss of 800,000 acres of farmland.” – Cory Copeland, an environmental scientist with the Delta Stewardship Council, a state agency tasked with managing the Sacramento–San Joaquin River Delta.