More than eight years after Congress passed the Food Safety Modernization Act, the Food and Drug Administration as well as industry and outside scientists are still struggling to figure out the best way to ensure the water used for irrigating and packing fresh produce is safe.

The agency has formally postponed compliance dates for a set of testing standards first released in January 2013, even as it considers possible revisions in light of outbreaks that have fueled concerns about the adequacy of the testing requirements. A senior FDA agency official said finalizing the new requirements is a top priority for the agency.

“We know we need to move very quickly on it (a possible revision of the standards) in view of these outbreaks,” said Samir Assar, director of the Division of Produce Safety in FDA’s Center for Food Safety and Applied Nutrition.

Some consumer advocates - restless for the FDA to act - are pushing for an interim rule to impose new testing standards. Five people died in connection with one of two 2018 outbreaks involving romaine lettuce that were linked to contaminated water.

“If this isn’t a situation where an interim rule is appropriate, I’m not sure what is,” said Sandra Eskin, who directs The Pew Charitable Trusts’ food safety program. She and Assar were speaking on a panel at the Consumer Federation of America’s annual food policy conference in Washington, D.C.

Assar said the agency is consulting one-on-one with experts and working with industry and other stakeholders to decide how to revise the original standards. He didn’t answer directly when asked by Agri-Pulse whether FDA might consider issuing an interim rule while it works on changing the standards. 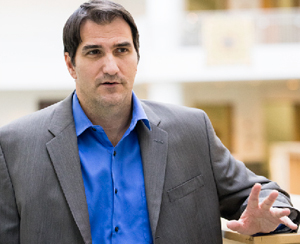 While the regulations are under review, he said the agency is advising growers to follow FDA’s “good agricultural practices,” or GAPs, which are general guidelines for preventing microbial contamination of crops.

“We’re basically defaulting to our GAPs recommendation, which basically recommends that the water should be adequate for its intended use and that … the system should be inspected,” he said. Growers also have been reminded they can be held responsible for adulterated crops if the water they use is found to be contaminated.

“It’s not an optimal situation at all, but we’re trying to get a final action as quickly as possible to address these issues that we’ve seen with respect to water,” he said.

In California, there is a separate industry effort led by the Western Growers Association and the Leafy Greens Marketing Agreement, to update the voluntary water standards that producers must follow to be certified by LGMA, said LGMA CEO Scott Horsfall. He said he expected there to be "a lot of alignment" between the LGMA and FDA standards.

Both the existing LGMA rules and FDA's standards require farms to test their water regularly for the presence of generic E. coli bacteria, an “indicator organism” that theoretically will show whether harmful strains of E. coli, salmonella or other bacteria could be present.

Jennifer McEntire, vice president of food safety and technology for the United Fresh Produce Association, said there is no easy alternative organism for testing. There are many pathogens growers need to guard against, so the focus is on ensuring the overall safety of the water.

“There’s not that perfect, one-size-fits-all solution,” she said.

The best option may be for FDA to require growers to survey their operations for potential sources of contamination and then ensure the water is safe for use on the type of crops that are being grown, she said. FDA also could provide guidance, she added, for what farms should do to address the hazards that are identified. Those could include a cattle feedlot, a typical source of E. coli, or ponds attracting salmonella-carrying birds.

Even before the Yuma outbreak, the testing standard was a major topic of discussion at a February 2018 summit organized by the industry-wide Produce Safety Alliance. According to a 16-page summary of the summit published last month, there was disagreement over how the testing requirement should be revised.

Some growers expressed a preference for setting a numerical standard that they had to meet “because it allowed them to easily know when they had ‘met the mark." But other attendees believed that a single standard couldn’t address the varied risks posed by different water sources, climates and production practices. Critics of the standard also said there was insufficient scientific data to ensure the generic E. coli standard would prevent illnesses.

FDA also will be facing scrutiny from Congress as the agency decides what to do. A longtime Democrat on the House Agriculture Appropriations Subcommittee, which writes FDA’s annual budget, demanded after the second romaine outbreak that the agency crack down on agricultural water safety.

“The fact that people are dying and lives are being destroyed while the FDA caves to big corporate interests is unconscionable. FDA must take its own findings to heart and implement science-based standards to test irrigation water,” said Rep. Rosa DeLauro, D-Conn.

In a joint statement issued last Friday, FDA Commissioner Scott Gottlieb and Frank Yiannas, who succeeded Ostroff as the deputy commissioner for foods, indicated the agency was trying to ensure the standards would take into account the differences in crops and farm practices, not only domestically but also in areas that export produce to the United States.

"Over the last three years, as we’ve worked closely with farmers to implement this rule, we’ve identified areas of the rule’s agricultural water requirements that may need refinement or explanation to ensure they are protective of public health. We need to ensure that standards are strong enough to protect public health, but practical enough to be effectively implemented on farms," they said.

Following grower concerns about the practicality of the water standards, FDA announced in 2017 that it planned to postpone the compliance dates, and the new timeline became official with a Federal Register notice on Monday.

The compliance deadlines were delayed until January 2022 for large farms and until 2023 and 2024 respectively for farms classified as small and very small, respectively. Compliance with water safety requirements already is mandatory for production of sprouts, which are uniquely vulnerable to contamination.

“While the delay means that produce growers will not be saddled with what some view as unclear or unworkable rules anytime soon, how the final rules governing agricultural water sampling and testing will work is still unclear,” attorneys with OFW Law wrote in a blog post.

Brad Hooker, in Sacramento, contributed to this report.