As the governor works with lawmakers on the “May revise” of the budget, he will likely scale back funding to incentivize programs and many other expenditures renewed on annual basis due to the deepening global economic impact from the COVID-19 outbreak.

The budget is typically based on revenue reports following Tax Day on April 15. But those revenues, which may be postponed this year, will not be very impacted, according to political columnist Joel Fox of the Fox and Hounds blog. He said next year’s budget will be greatly affected, however, because California is closely tied to trade and the global economy.

The UCLA Anderson Forecast is already seeing signs of a slowdown to the state’s economy from the pandemic. Other economists are going further, forecasting a 50% likelihood of recession by the second or third quarter, according to the LA Times.

There are currently no indications that COVID-19 can be transmitted through food or food packaging, cautioned CDFA in a statement Friday.

The department pointed out that California has “among the highest” standards for food safety and hygiene within the food system workforce and the industries are “well-practiced” in this area. This includes worker health and hygiene standards supported by labor laws related to sick leave, along with state and federal regulations that prevent sick workers from handling food.

“We know the importance of keeping supply chains healthy and borders open, as currently one in eight individuals is food insecure, with one in five of those being children,” said CDFA Secretary Karen Ross.

Government officials continue to offer new guidance to stop the potential for more community spread of COVID-19 or coronavirus.  On Sunday, the Centers for Disease Control and Prevention recommended cancelling or postponing most events with over 50 people for the next eight weeks.

Also on Sunday, California Gov. Gavin Newsom offered new guidance for all bars, wineries, nightclubs and brewpubs to close, and plans to reduce occupancy in restaurants by half so that people stay further apart from each other. He also asked the five million Californians over age 65 to self-isolate.

All eyes will be on the Senate over the next couple of days to see how quickly it can act on a coronavirus outbreak relief package that passed the House early Saturday morning. The legislation continues a number of provisions to expand domestic feeding programs and also would suspend food stamp work requirements.

The bill, which passed the House 363-40, would – among other things – authorize an emergency increase in SNAP benefits during the crisis and provide additional commodities to food banks. But that bill needs some technical corrections, officials said over the weekend. House leaders hope to make the necessary changes unanimously in a pro forma session this week, which could impact if and when the bill goes to the Senate.

The big picture. Treasury Secretary Steven Mnuchin argues the economy isn’t in a recession now and will likely recover later in the year after the outbreak subsides. He said the administration was particularly concerned about the impact on certain industries, including airlines, and also on small businesses.

“We’re in the second inning of nine innings and we’ll use whatever tools we need to make sure the economy and hardworking Americans get through this,” Mnuchin said on ABC’s This Week.

A draft settlement of lawsuits alleging a connection between Roundup exposure and cancer has been agreed to by Bayer and lawyers representing “tens of thousands” of plaintiffs.

Citing “people familiar with the matter,” the Wall Street Journal reported Friday the settlement “appears poised to end up” in the $10 billion range, but also that the deal has not been signed “and could yet fall apart.” 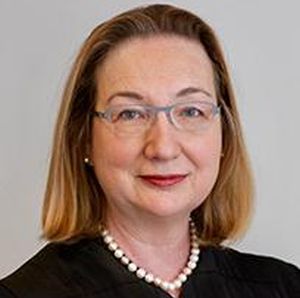 A federal judge has blocked USDA from restricting states’ ability to obtain waivers from SNAP work requirements in a rule set to go into effect April 1.

Agriculture Secretary Sonny Perdue had declined to postpone implementation because of the COVID-19 outbreak, arguing that states already had the legal authority to suspend the requirements during crises such as this. A bill approved by the House Friday, which has presidential support, would waive the work requirements.

Howell said USDA “has provided no evidence” that state manipulation in order to expand waived areas is “a real problem.” “USDA’s new policy eliminating state discretion in designing waiver areas is a solution in search of a problem,” she found.

Keep in mind: Nineteen states, the District of Columbia and New York City brought the suit, but the court’s injunction applies nationwide. USDA’s arguments opposing the nationwide scope “are not only implausible, they are off-the-wall, or at least they were before agencies started pressing them,” Howell said.

U.S. farmers and ranchers are collectively heaving a sigh of relief now that Canada has ratified the trade pact that ties it to the U.S. and Mexico and keeps in place a system of virtually no tariffs on farm goods.

Canada was the third and last country to sign the renegotiated North American pact and now the implementation process can begin.

Trump still insists China will follow through on ag purchases

President Donald Trump remains adamant that China will follow through on its promise to buy $36.5 billion worth of U.S. farm commodities this year, despite the country’s battle with the coronavirus and the economic toll it has taken.

Senate Finance Committee Chairman Chuck Grassley told reporters last week that some flexibility should be given to China on the purchases – billions more than it would normally purchase – but Trump dismissed that and praised the country’s apparent recovery.

“I've spoken, as you know, with President Xi,” Trump said Friday. “They went through hell, and their numbers are starting to look very good. We're very happy about that.”

Meanwhile: More than two dozen grocery executives held a phone call with President Trump Sunday to discuss the importance of the food supply chain during the coronavirus outbreak. The companies “are working hand-in-hand with the federal government, as well as state and local leaders, to ensure food and essentials are constantly available,” White House spokesman Judd Deere said.

Federal Communications Commission Chair Ajit Pai is asking telephone and broadband providers for the next two months not to terminate service to customers if they can’t pay bills due to the disruptions caused by COVID-19.

“Broadband will enable them to communicate with their loved ones and doctors, telework, ensure their children can engage in remote learning, and — importantly — take part in ‘social distancing,’” Pai said.

By the way: Pai announced working group members of the Precision Ag Connectivity Task Force. The next meeting is March 25th and will be held remotely.

“We are guided by the science, in a thoughtful way, not a framework of hysteria.” – Newsom, in a press conference yesterday on his recommendations for closure.