China makes strides in phase one on poultry and beef regulations

China is following through with pledges under the “phase one” deal to lift barriers on U.S. beef and poultry and industry officials here are counting on the resulting trade to buoy producers.

Saturday was the deadline for China to finalize new regulations that will be key for the U.S. beef and poultry sectors that are salivating at potential to supply the massive Chinese market that is desperate for protein.

U.S. sources with knowledge of China’s actions tell Agri-Pulse that the country’s government has agreed to lift its zero-tolerance policy for growth hormone residues in beef as well as implement a regionalization policy for dealing with bird flu outbreaks in the U.S. Three sources confirm the actions, but spoke on condition of anonymity ahead of official confirmation, as details on the Chinese actions are being analyzed.

China has informed the U.S. that it has overhauled its policy when it comes to reacting to future bird flu outbreaks in the U.S., sources confirm. It was a key pledge that U.S. negotiators insisted upon during the “phase one” talks because the last time China reacted to an outbreak in U.S. flocks, it issued a nationwide ban that lasted for about five years.

China, according to the Office of the U.S. Trade Representative, agreed that within 30 days of implementation of the “phase one” agreement, it would sign the negotiated Protocol on Cooperation on Notification and Control Procedures for Certain Significant Poultry Diseases, requiring China to “finalize a protocol for the regionalization of poultry diseases, thereby ensuring that future trade disruptions will be minimized and solely based on internationally-accepted practices.”

That is a very big deal U.S. poultry industry, sources say, and could protect hundreds of millions of dollars in U.S. exports during an outbreak of bird flu in the U.S. 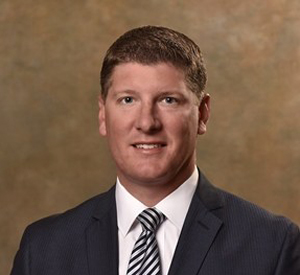 “It is important for China to adopt a regionalization policy because the U.S. has one of the most stringent surveillance, eradication and monitoring programs in the world when it comes to avian disease,” says Tom Super, a spokesman for the National Chicken Council. “In the event of an outbreak, most of our trading partners limit any potential restrictions to the county or state level. Before the blanket ban in 2015 due to (high path avian influenza) in turkeys and layers, China at its peak was a $722 million (per year) market for broilers. As you know, we've just now begun resuming chicken exports to China after they lifted the ban late last year.”

China’s objection to the use of growth hormones in U.S. cattle is just about the last major barriers to U.S. exports. In accordance to the “phase one” agreement, China has already eliminated its ban on beef from cattle over 30 months old at slaughter and agreed to accept the U.S. traceability system.

Japan, South Korea and just about every beef-importing country in the world — except China and European Union member states — accept the minimum residue levels (MRLs) for the growth hormones used by American ranchers.

When the member countries of the United Nations’ Codex Alimentarius voted 25 years ago to set MRLs for the growth hormone chemicals such as Trenbolone acetate (2 microns per kilogram in muscle cuts), China and the European Union argued vigorously against it and then promised not to abide by the vote.

But China, in “phase one,” pledged to comply with the MRL standards set in United Nations’ Codex Alimentarius, potentially opening up the country to a lot of U.S. beef. China agreed that by March 14, it would “adopt maximum residue limits (MRLs) for zeranol, trenbolone acetate, and melangesterol acetate for imported beef.” Those are the three major ones, but for others, China would “adopt its MRLs by following Codex standards and guidelines … established by other countries that have performed science-based risk assessments.”

U.S. and industry officials are still not wholly satisfied that China is ready to completely embrace international standards on residue levels for growth hormones in U.S. beef, but the country initially appears to be complying with its promise to do so, say U.S. industry and government sources.

“The Chinese Agriculture Ministry has posted some information that showed some of the Codex MRLs, but of course we want to see if they are using all of the MRLs or just MRLs for certain cuts,” Bacus told Agri-Pulse. “We want to make sure we have full and open access.”

Bacus predicted that U.S. and Chinese officials will still have to “iron out” details, but stressed optimism that China will eventually follow through completely and allow significant access to U.S. beef.

The only major thing standing in the way, he said, is the coronavirus pandemic and that’s only a short-term problem.

“I’m pretty optimistic — pretty bullish on it,” he said. “I think once their economy recovers and once they’re able to become a little more stabilized, there’s going to be a lot of demand for U.S. beef and I think we could see that by the end of the year.”

US and China work toward ractopamine deal

The one significant obstacle to U.S. beef exports that China did not agree to lift is its ban on meat from livestock treated with ractopamine, but the two countries are already working to resolve that, government sources tell Agri-Pulse.

Under “phase one,” it was agreed that “in consultation with U.S. experts, China shall conduct a risk assessment for ractopamine in cattle and swine as soon as possible without undue delay” and that has already begun, one source tell Agri-Pulse.

China’s ractopamine ban is seen as a much weaker barrier to U.S. beef than the country’s hormone ban.

“Hormone-free is a decision you make when the calf is born,” says Joe Schuele, a spokesman for the U.S. Meat Export Federation. “With ractopamine, that’s more of an end of the feeding cycle decision. That would be a requirement that the industry could adapt to more quickly than they could to hormone-free-production.”

It’s not all about what China is doing for the U.S. American negotiators agreed under the “phase one” deal to open the U.S. border to jujube fruit — also known as Chinese dates — and the Trump administration is honoring that pledge. USDA’s Animal and Plant Health Inspection Service announced Tuesday that it has updated its Fruits and Vegetables Import Requirements database to allow in the fruit that is commonly candied and eaten as a popular snack in Asia. APHIS has cleared seven Chinese packing houses to export jujube fruit to the U.S.